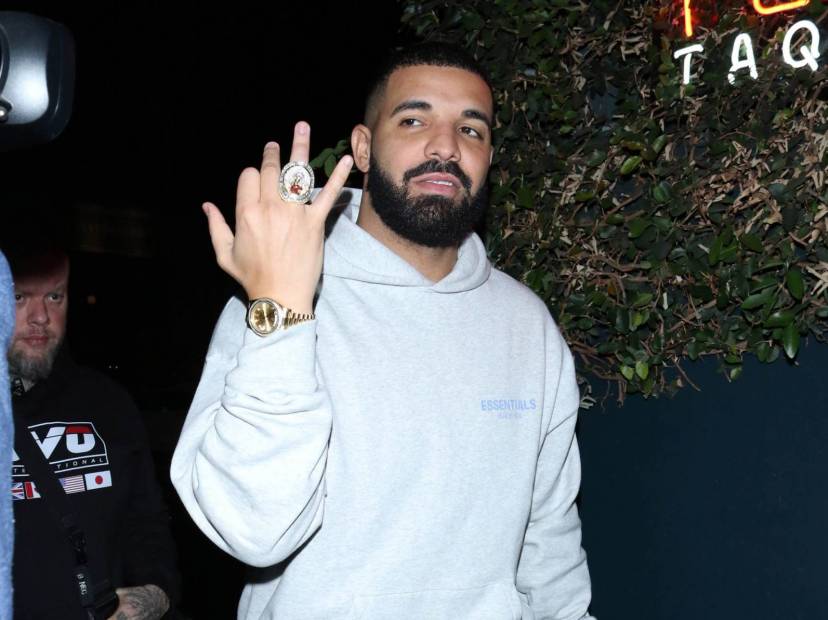 HipHopDX – This week in Hip Hop, Kanye West must have watched Drake’s Rap Radar interview because he responded to the OVO boss using the word “secular” to describe his pre-Sunday Service music. Pusha T must have caught wind of Drizzy’s Rap Radar interview too because he seemingly responded days later on Twitter. Also, a beef between 50 Cent and French Montana sparked over an “old” million-dollar Bugatti.

Last year, Kanye West denounced his old music in place of his new Christian raps and appeared to be a bit bothered by Drake calling him secular during his Rap Radar interview.

“God bless him on his new journey, but I don’t even know if he’s ever going to make secular music again or not,” Drake told Elliott Wilson during the sit down at his Toronto home.

Learning about (or watching) what Drake had to say about Kanye’s new path set him off enough to address it this week.

“I take offense when somebody call me secular,” Yeezy said in the clip above. “Y’all can look at the domes that we was building, affordable homes, y’all call that bizarre. Y’all can take the picture of me painting it silver, y’all can call that what y’all want.

Drake may not be over his beef with Pusha T — according to his conversation with Rap Radar‘s Elliott Wilson and B. Dot — and his rap nemesis Pusha T seemingly finds it funny.

A few days following Drizzy’s Christmas Day interview with the Hip Hop outlet, Push made a tweet filled with laughter. Though he didn’t necessarily tag Drake in the tweet, many took it as a subtweet aimed at him.

LOL 😂 @frenchmontana and @50cent still going at it over this Bugatti 💀#RichFolkProblems⁠ ⁠ Hit the link in bio to read more!

This week, French Montana brought in the New Year by sharing his first lavish purchase of 2020: a $1.5 million Bugatti.

50 Cent didn’t allow French enough time to enjoy his new toy before clowning his million-dollar purchase by calling it old in an Instagram post while teasing Montana about his recent ICU stay.

The Moroccan-American rapper responded by explaining it was a gift for himself after his long stay in ICU and called 50 a “dinosaur,” which procured a lot of laughs in what seemed to be a friendly back-and-forth until French made a comment under an Instagram post teasing 50 about his teeth.

Naturally, 50 bit back by further reiterating the multi-platinum selling rapper purchased a Bugatti that is so old it doesn’t even have a CD player and christened him with a new moniker: Wrench Montana.

So, French posted a photoshopped pic of 50 and Em sharing a kiss and called Tekashi 6ix9ine his son.

By the fourth day of 2020, news surfaced that French allegedly faked his streams by hacking Spotify accounts to play Montana single “Writing On The Wall,” giving 50 more fuel to clown him — and he did.

French blamed 50 Cent, however, for the spike in streams. Considering the timeframes outlined in a fan theory, that seems highly improbable.

For those wondering what Chingy has been up to since the days of “Right Thurr,” HipHopDX caught up with the St. Louis-bred rapper for a conversation about his legacy.

“When I think about all the now-classic records I made that have left their historical mark, I can’t help but be grateful for everything,” Chingy told DX. “I’ve been both passionate, and compassionate, about music for as long as I can remember. So to not only be able to do it for as long as I have, but to actually be a part of musical history — that’s a blessing, man.”

Khujo Goodie of the legendary Atlanta rap group Goodie Mob spoke to DX about the treatment he remembers receiving from the West and East Coast.

“People from New York were calling us bama rappers saying we didn’t know how to read or formulate a song,” he recalled. “We got all the hate for being MCs from the south. We were so southern and it took people a while to understand our language. It’s just another genre of music and in that dusty coal, you’re going to find a diamond somewhere. This is how you get Migos, Lil Baby or even DaBaby outside of the fact that he’s from North Carolina. You gotta respect it.”

Detour, the visual artist featured on David Letterman’s Netflix show who painted a picture of JAY-Z, spoke to DX about how he landed the once-in-a-lifetime opportunity.

“I got the email and it said, ‘Netflix Opportunity’ in the subject line,” Detour explained to DX. “I thought it was like an internship type of thing. I was like, ‘Oh I don’t want to be an intern.’ But I open it up, and it’s like a real actual paragraph, short paragraph. I’m like, ‘Oh O.K. This is actually real.’

“So I read it, they wanted me to do a painting of David Letterman and JAY-Z and record myself doing it. Then they’d use that for the marketing graphic stuff for that episode.”