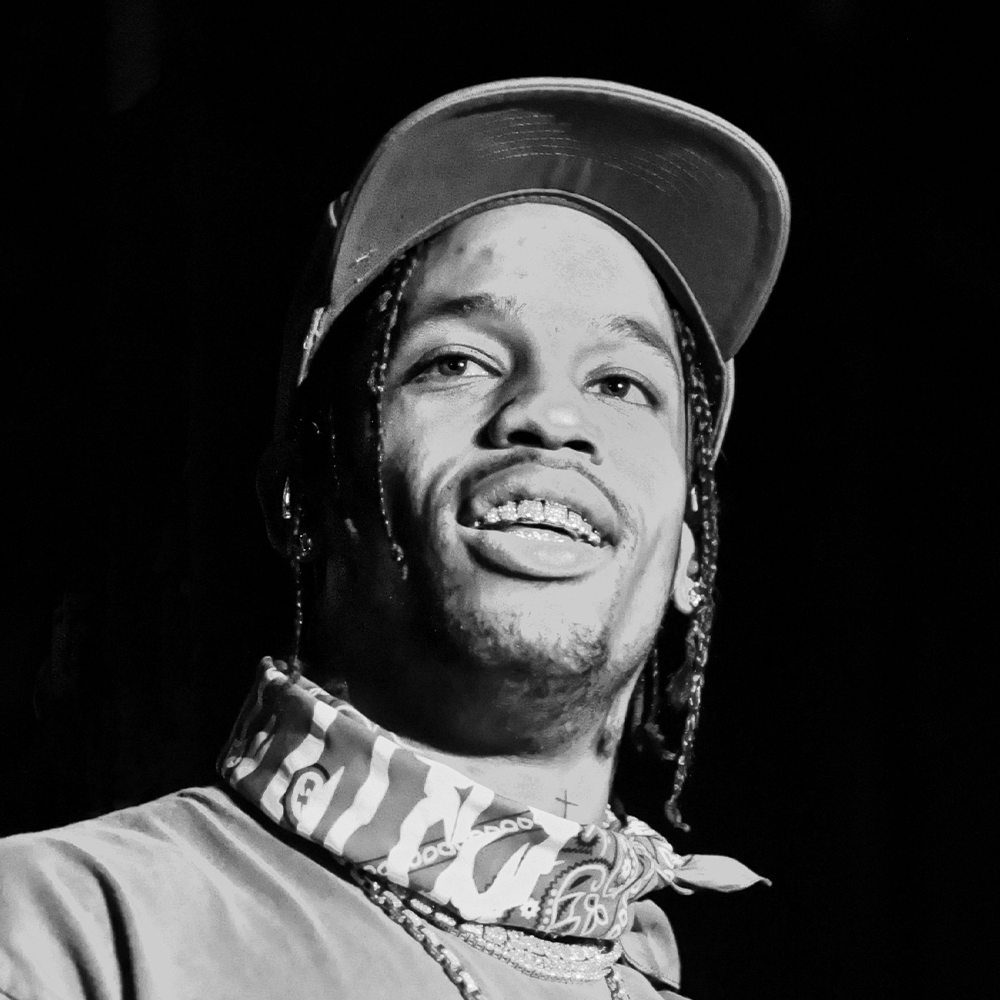 After hustling his way onto Kanye West and T.I.’s radars in the early 2010s, Travis Scott's career got off to an auspicious start on G.O.O.D. Music’s 2012 compilation Cruel Summer. Since then, the Houston rapper/producer established himself as one of Hip Hop’s most electrifying performers while releasing a series of increasingly ambitious albums, culminating in 2018’s 4x platinum blockbuster Astroworld. A 2021 study found Travis Scott to be the most influential person in youth culture; between his musical success, collaborations with McDonald’s, Fortnite and Air Jordan, and high-profile relationship with Kylie Jenner, it’s not hard to see why.

No, Travis Scott is not married. He is, however, currently in a relationship with Kylie Jenner, with whom he shares a daughter named Stormi Webster. In September 2021, the couple announced they have a second child on the way.

Does Travis Scott have kids?

When did Travis Scott drop ‘Astroworld’?

Travis Scott released his third studio album Astroworld on August 3, 2018. Featuring the smash hit “Sicko Mode,” the album debuted at No. 1 on the Billboard 200 with 537,000 first-week sales. It has since been certified 4x platinum.

Is Travis Scott a billionaire?

No, Travis Scott is not a billionaire (yet). As of 2021, his net worth is estimated to be around $50 million, thanks to his successful music career and numerous endorsements with brands such as McDonald’s, Air Jordan and Fortnite.

Does Travis Scott have a Grammy?

No, Travis Scott has never won a Grammy. He has, however, been nominated for 8 Grammy awards, including Best Rap Album (Astroworld) and Best Rap Song (“Sicko Mode”).

Yes. As of October 2021, Travis Scott and Kylie Jenner are still dating. The couple first hooked up in April 2017 before reportedly splitting in October 2019. They reconciled in May 2021 and in September announced they’re expecting their second child together.

Travis Scott has been known to play Fortnite. In 2018, he played with Drake and popular gamer Ninja on Twitch. In 2020, he teamed up with Fortnite to hold his very own virtual concert while releasing his own in-game skin.

How did Travis Scott get his name?

Trippie Redd & Travis Scott Ride Out On The 'Krzy Train'

Most Anticipated Hip Hop Albums Of 2023