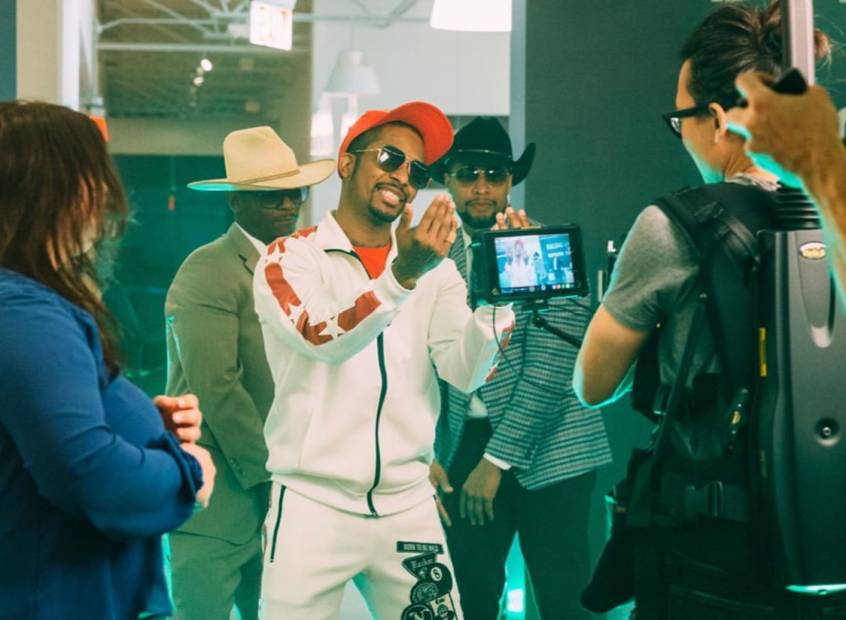 But the Midwesterner born Howard Bailey Jr. has grown above and beyond that fun — yet anachronistic — time. “When I think about all the now-classic records I made that have left their historical mark, I can’t help but be grateful for everything,” he told HipHopDX exclusively. “I’ve been both passionate, and compassionate, about music for as long as I can remember. So to not only be able to do it for as long as I have, but to actually be a part of musical history — that’s a blessing, man.”

For Chingy, making music today is no longer about getting bodies on the dance floor and butts in the seats. Rather, it’s about making a positive difference in the lives of the less fortunate. Recently, Chingy joined forces with the UP Companies to bring attention to an interesting opportunity: a call-to-action in the construction industry. Thanks to the lack of interest from Millennials and Gen Z to work in construction (despite the surplus of well-paying positions and low-cost/free education and training), there is a dearth of construction workers — and an ever-increasing demand. In fact, a staggering 80 percent of U.S. construction firms are having trouble hiring talent, and the trend is predicted to worsen.

While this seems like a rather non-traditional cause for a rapper to get behind, Chingy feels it’s a natural fit. “I come from poverty. I grew up with the hood mentality — that the only way out was with drugs, and guns, and being a gangster,” he said. “People think that this is the only way to accumulate this wealth, but it isn’t. There are a myriad of other ways, and one of those ‘other ways’ is through the construction industry. My goal is to get a lot of young people to get into the construction industry and to use their hands more — it’s a great way to form a young mentality, to get away from the streets, and to accumulate wealth and put a roof over their heads.”

Chingy also says that he’s no stranger to giving back to others thanks to his Chingy for Change Foundation, and that the music he’ll release now and in the future — beginning with 2020’s Crown Jewels — will focus on “higher” pursuits (such as, he says, opening your pineal gland, connecting with a higher power, and so on). “If someone comes to me with one thing in their head, I’ll help them forward with that idea,” he said. “I can lead a horse to water, but I can’t make it drink, you know? But right now, my focus is on helping people become what they want to be — what they were destined to be — and to make their dreams a reality.”