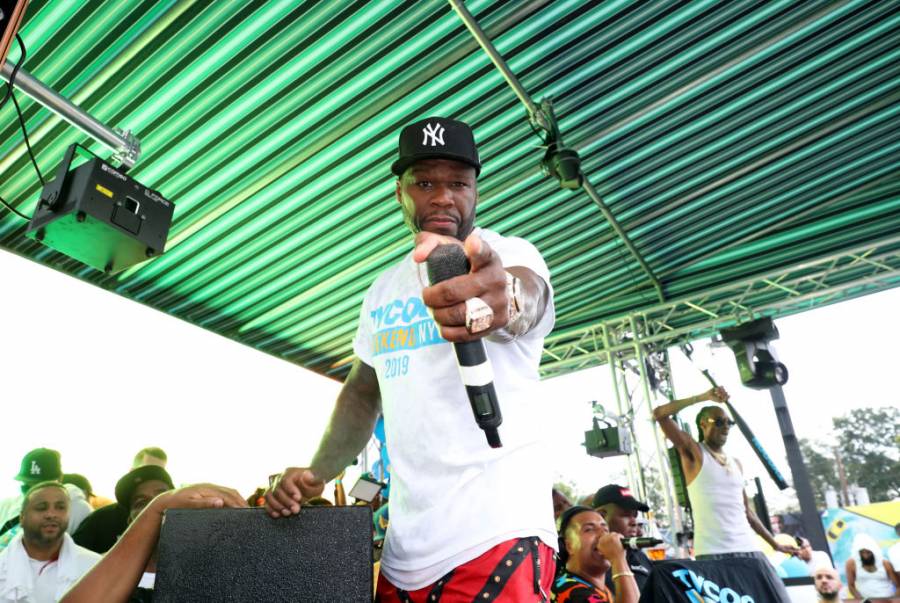 50 Cent continues to channel Ebenezer Scrooge by mocking the $1.5 million Bugatti French Montana bought himself for the holidays.

Not long after the Bronx rapper fired back at 50 Cent for claiming his Bugatti is an outdated 2010 Veyron, 50 responded by uploading another post on his Instagram account, referring to Montana as “Wrench Montana” with a photoshopped image of the Moroccan rapper repairing a car.

“Wrench Montana you know the Vibes, fucking with them old joints,” he captioned the photo. “Get ya weight up n!gga you still working for puffy.”

Wrench Montana you know the Vibes, fucking with them old joints. Get ya weight up n!gga you still working for puffy #lecheminduroi #bransoncognac #starzgettheapp #abcforlife

The e-beef between 50 and Montana kicked off on Sunday night (December 29) when the “Unforgettable” artist posted an Instagram video of himself getting into his new whip in Las Vegas. 50 immediately trolled Montana about the purchase and said the car was “old.”

The back-and-forth continued for hours and culminated with Montana comparing 50 to Tekashi 6ix9ine and calling Fif a fraud.

Montana bought the Bugatti after a roughly week-long stay at a San Fernando Valley, California hospital ICU late last month. Although the exact reason for his hospitalization hasn’t been determined, he was initially brought in with cardiac issues.

FRESH OUT OF ICU WOKE UP IN THAT NEW BUGGATTI!!! LIL GIFT TO MYSELF! FEEL LIKE A BOSS MOVE LIKE A BOSS AND TASTE LIKE A BOSS lol #nipseyblue💙💙💙 MOTIVATION USE ONLY 🗽 ALLAH AKBAR ❤️ RIDING WITH TOILET PAPER FOE THE SUCKERS