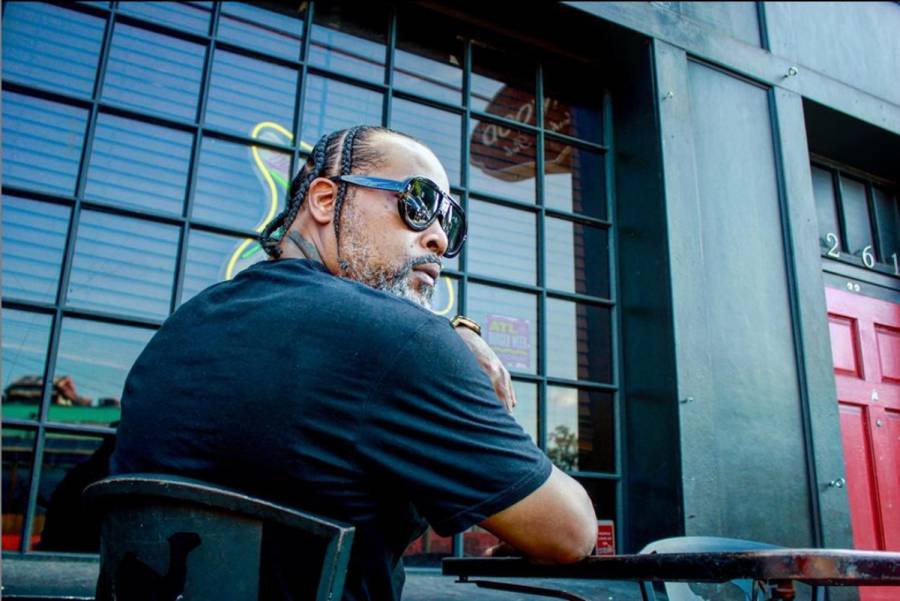 It’s been more than five years since Goodie Mob released their last album Age Against The Machine. It’s been even more time since member Khujo Goodie released a solo project of his own.

Longtime fans can rejoice though as Goodie Mob is set to have a big 2020 as a group and on the solo front. For Khujo, this includes two separate projects, including a compilation album that dropped in November. His latest single “Wes H Chn” previews what’s to come and pays homage to his earlier albums with his storied group.

Speaking with HipHopDX, Khujo talks about the new single and working on two separate projects. He also opens up about Goodie Mob’s initial reception and lending a verse for Gucci Mane’s debut.

HipHopDX: You recently dropped your solo single “Wes H Chn.” Can you talk about the influence behind the track?

Khujo Goodie: We put out our Still Standing album and in the booklet, we had a Slumptionary. It was the definition of the slang that we were coming up with during the ’90s. So “Wes H Chn” is just one of those terms that means “What’s happening?” or “How you doing?” A lot of people be asking what’s going on with me, so I just put it in two 16 bars. I really wanted to bring some more fun back into the game. Being innovative with new styles and new slang.

HipHopDX:  Where does this lead project-wise? Should we expect a body of work from you soon?

Khujo Goodie: I think so. I think we need a full-body project. The way people are digesting music these days, I don’t think people are properly chewing the food or music up.  I just rather spoon feed em here and there. I’ve been dropping music since last year and this will definitely lead to something in 2020. In November, I released a compilation called Feed The Lions. It’s basically going to be an independent artist who reached out to me and wanted to know if I would present their music. Artists sent me music and I was blown away by the quality and lyricism. I have two songs on there too. I’ll be releasing songs sporadically. I’m about each one teach one and each one put one on.

HipHopDX: There’s a real generational divide in regards to recording for a body of work and recording just to have content. What works the best for you recording-wise?

Khujo Goodie: Songs that I have, I’ve been taking my time with them and just really thinking about who would compliment my voice on different songs. I just have stuff together that I put a lot of thought into and some legendary features. I reached out to them and was really surprised that they got back with as fans of Goodie Mob and of mine. The process hasn’t changed. It’s like riding a bike. Once you know how to do it, it’s about getting back on the bike to start pedaling.

HipHopDX: How soon should we expect a new Goodie Mob album?

Khujo Goodie: All this is leading up to something special, man. CeeLo, Sleepy Brown and Big Boi just dropped the “Intention” joint. That’s going to be on Big Boi’s album and Goodie Mob has a song on that album. It’s a catalyst for what we have going on in 2020. It’ll fill that gap the fans are looking to get filled. Forgive us for taking our time but when it does come, it’ll be thorough.

HipHopDX: One of the most interesting guest features you’ve done was on Gucci Mane’s debut Trap House mixtape on the “Corner Cuttin” joint. There’s always been this idea of how much Atlanta’s rap scene is united, but what was your relationship with Guwap around that time?

Khujo Goodie: When I met Gucci Mane, he was a starving independent artist. I really dug the way he was handling things and was honored that he would allow me to put something on that album because that was his first record. I love the changes that he’s made with his life and how he’s gotten his priorities straight. He’s a boss sitting back doing his thing. You have to respect that.

HipHopDX: That “each one, teach one, each one put one on” idea you mentioned earlier is really why Atlanta has become such a force. How much of that is true even when discussing more controversial topics like mumble rap?

Khujo Goodie: At first, we were discriminated against by our own people. People from the north didn’t want to play us or even people from the West Coast. I recognized that from our travels. At the end of the day, you have to stick together. That’s something Atlanta is good at and that’s sticking together. They know how hard it was, in the beginning, to get accepted into Hip Hop culture.

People from New York were calling us bama rappers saying we didn’t know how to read or formulate a song. We got all the hate for being MCs from the south. We were so southern and it took people a while to understand our language. It’s just another genre of music and in that dusty coal, you’re going to find a diamond somewhere. This is how you get Migos, Lil Baby or even DaBaby outside of the fact that he’s from North Carolina. You gotta respect it.