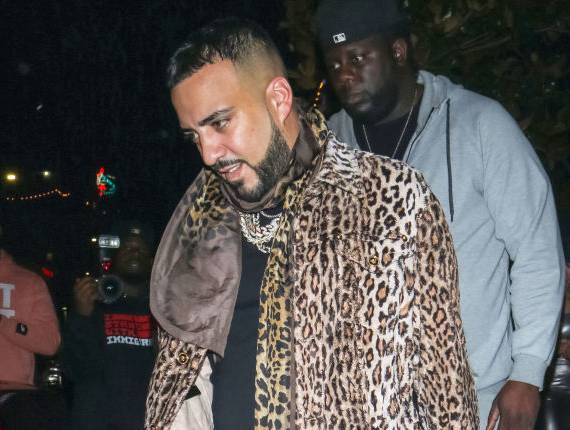 French Montana’s song “Writing on the Wall” is charting on Spotify this week, but at least one Twitter user believes the rapper and his team are cheating the system.

The single which features Post Malone, Cardi B, and Jamaican pop star Rvssian debuted on September 27, 2019 but only lasted five weeks on the Billboard Top 200.

This recent spike in streams caught the attention of Twitter user @karlamagne.  On Thursday (January 3), he posted Twitter thread explaining why he believes French and his team are hacking personal Spotify accounts to boost their streaming numbers.

The screenshots provided by @karlamagne are circumstantial and do not offer concrete proof of any pay-for-play actions taken by French or his team.

For one, the song is only rising in popularity on one major streaming platform: Spotify. While “Writing on the Wall” rose 27 spots to be within the top 50 on Spotify, the single simultaneously dropped a whopping 105 spots on Apple Music, settling in at No. 1192.

The second bit of alleged irony involves personal Spotify accounts being hacked the same week the song re-entered the charts. The original thread posted by @karlamagne includes screenshots of more than a dozen Twitter users claiming their Spotify accounts were hacked between December 18 and December 23.

The tweets state the users’ passwords had been changed and they had been effectively locked out of their accounts. Many of the users affected by the alleged cyber-attack claim the hackers used their accounts to stream a bizarre mix of foreign pop songs and French Montana’s three-month-old single. “Writing on the Wall” reentered Spotify’s U.S. Top 50 streaming charts on December 22.

so i decided to search on twitter to see if anyone was actually listening to the song since its popular on tiktok and i found some very interesting tweets of people saying their spotify was hacked and it was playing…french montana. pic.twitter.com/XPQvSPoeD6

Whether French and his camp are buying streams is still speculation, but according to TechCrunch.com, Spotify noticed suspicious activity last year, and changed a few accounts passwords.

Watch the video for French Montana’s “Writing on the Wall” below.