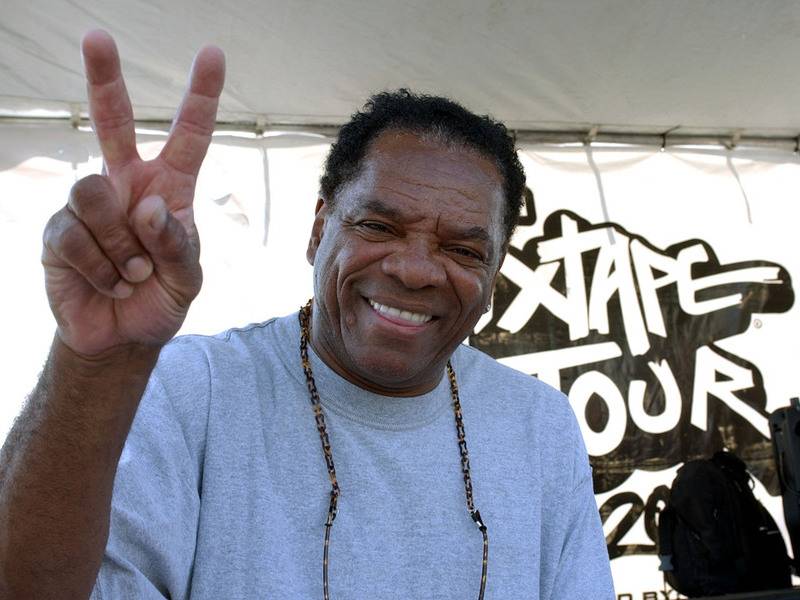 Eric Holder, the man accused of killing the late Nipsey Hussle, motioned to have two of his attempted murder charges dropped but was denied by Los Angeles courthouse Judge Robert J. Perry on Thursday morning (November 14).

Earlier this week, Killa Twan issued a warning to Blueface and his manager Wack 100 to be a bit more respectful towards Nipsey Hussle’s name too — or else.

On Tuesday (November 5), the late John Witherspoon was laid to rest at the Forest Lawn Cemetery in Glendale, California. Hundreds came to pay their respects, including Ice Cube and Shawn Wayans. Both shared personal stories about their time with the talented comic.

During Wayans’ speech in remembrance of Witherspoon, he revealed the only comedian that didn’t like The Boondocks star.

“So we’re at the Laugh Factory and John Witherspoon is on,” Wayans recalled. “And he’s killing. Me and Paul Mooney is in the back. John’s on stage doing his Mick Jagger impersonation, just destroying the whole place. And Paul Mooney’s back there – he gotta go on next – and he leans over and says, ‘Pancakes homie, pancakes. Everyone loves pancakes.’

“And what he was trying to say is, ‘Spoon is hilarious but he don’t got no edge. Now I disagree. But the one thing I’ll agree with is that everyone does love pancakes. Look at everybody here to see this man off.”

Bad Azz of Tha Dogg Pound Gangsta Crips died while in jail this week. He was 43.

Snoop Dogg, Daz Dillinger and KXNG Crooked all paid their respects to the late rapper on social media.

– Summer Walker — Over It

– DJ Premier & Gang Starr — One Of The Best Yet

– Kembe X — I Was Depressed Until I Made This

J.J. Fad Geeks After Their ‘Supersonic’ Hit Is Chosen For ‘Sonic The Hedgehog’ Trailer

MC JB, Baby D and Sassy C of J.J. Fad learned their 1988 hit “Supersonic” is being used in the official trailer for the upcoming animated film Sonic The Hedgehog, so JB spoke to HipHopDX about it.

“We are so excited,” she told DX. “They just contacted us in August out of the blue and asked for clearance. They said they weren’t sure if they were going to use it or not. So today, when I got all these calls and texts, I was like, ‘Well I guess they used it!'”

Westside Gunn spoke about his growing legacy of independence and intentional innovation in a conversation with DX.

Wynne was once misidentified as Eminem’s daughter when a clip of her rapping went viral. She spoke to DX about not using that moment to jumpstart her Hip Hop career.

“Obviously, a lot of opportunities kind of come through that a lot of people hear about you,” she said. “And I guess I wasn’t really like dropping music off the back of these viral moments because that’s not necessarily … I didn’t want to market myself as Eminem’s daughter — as a white rapper and as a woman.”