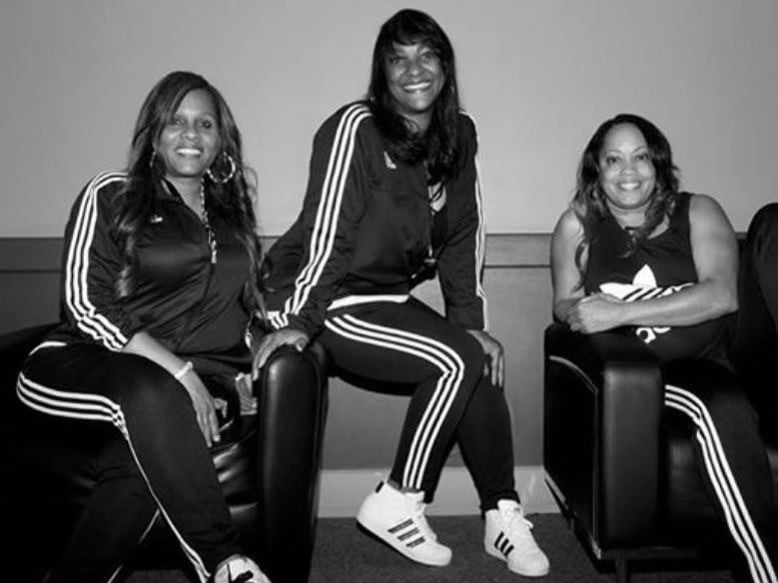 Although the 30th anniversary of J.J. Fad’s iconic Supersonic album passed last June, MC JB is still finding herself reflecting on that time. As the first all-female Hip Hop group signed to Ruthless Records, the California-bred trio — JB, Baby D and Sassy C — were welcomed into a tight-knit group of hardcore gangsta rappers which included N.W.A.

While on the Run’s House Tour with Public Enemy, Run-DMC, EPMD and the Fresh Prince & DJ Jazzy Jeff in 1988, JB recalls what made her respect for P.E. frontman Chuck D grow exponentially.

“There is a million stories from that tour,” JB tells HipHopDX. “I will tell you that me and Chuck D got real close. I admired him so much because I’m younger so I hung on to every single word he said. And I remember one night, I forget what city we were in, but we took this long walk — just the two of us.

“I literally fell in love with him that night and it was just because of a conversation. He just told me things like, ‘Do this, do that, make sure that you’re always the same, don’t change.’ Just knowledge. He just kicked knowledge to me and I was just like, ‘Oh my gosh, I love this guy.'”

To this day, Chuck and JB remain friends.

“When he had his anniversary show, I don’t even remember what anniversary it was, but he invited us to come and perform and I’m just like, ‘Wow, you really thought about us?'” she says. “Out of all the people that you could’ve invited, you thought about us because we were there with you from the very beginning?’ I thought that was so awesome and that just said a whole lot about him.”

At the time of the Run’s House Tour, Baby D was only 16 years old yet here she was on a very “grown up” type of tour. After every show, people wanted to hit the local clubs, but she could never go because she was too young. JB remembers when Darryl “DMC” McDaniels offered to babysit.

“DMC said, ‘I’ll stay here with her.’ And all of his buddies, everybody else went out and partied and had a good time, but he stayed and babysat Baby D. That it so funny because they sat and wrote rhymes together and just had the best time just like a father and daughter I guess. But they were just more like peers, even though she was young.

“They were writing rhymes and, ‘Oh, we gotta put this song out.’ And he just stayed with her the whole time just like a protective brother. I thought that was so cool. He still remembers that story ’til this day because last time we saw him he was like, ‘You remember when I babysat?’ I was like, ‘Oh my God. Yes.'”

J.J. Fad is undeniably an important part of West Coast Hip Hop history, not to mention Hip Hop in general. They were the first female Hip Hop trio to ever receive a Grammy Award nomination and Supersonic was certified gold by the RIAA three months after its release.

As J.J. Fad continues to tour, J.J. Fad wants to ensure they impart a legacy they can stand behind. JB is particularly proud of the fact they were able to remain themselves and didn’t succumb to any kind of industry pressure to sexualize their image.

“Just the fact that there is three young girls who set out with a dream and made their dream a reality and didn’t have to dress with little to nothing on is something I can be proud of,” JB says. “We were wholesome, we were fun and still sold a million records without having to be all sexy and have a half-naked album cover.

“We love that we left that legacy and I think one of our most amazing times in this whole crazy world was that national tour that we did with Run-DMC, the Run’s House Tour. It was an amazing time of our lives. There is nothing that tops that.”