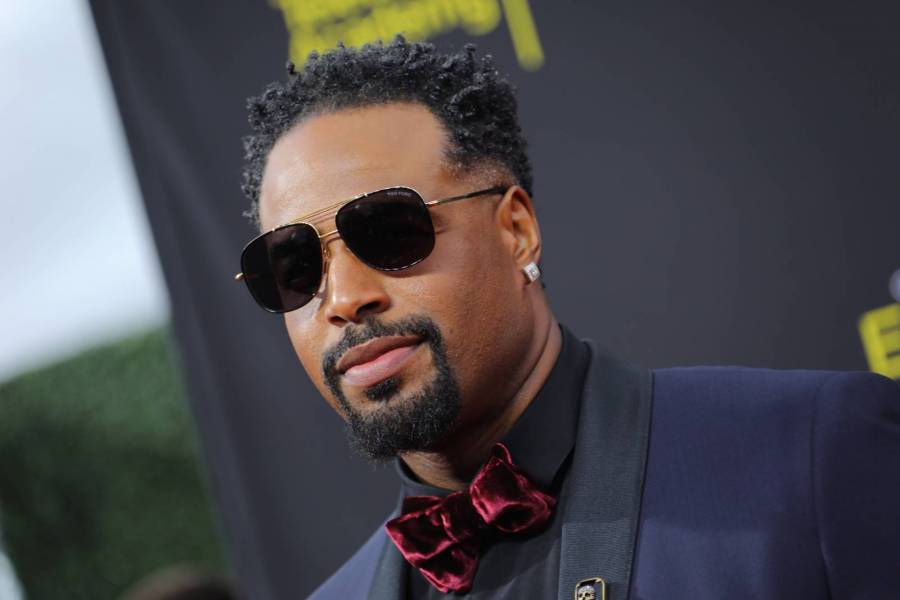 Hundreds of mourners flooded the Forest Lawn Cemetery in Glendale, California on Tuesday (November 5) to pay their respects to the late John Witherspoon. In a funeral speech peppered with funny anecdotes, comedian/actor Shawn Wayans revealed fellow comedian Paul Mooney was the only person he ever heard talk smack about the Witherspoon.

“I can’t find anybody that has anything bad to say about John Witherspoon,” Wayans said. “Actually, (there’s) only one person I’ve seen talk sideways about John. And it wasn’t in like a bad way. We’re all comedians. So, comedians just be popping noise off – we’re crazy like that.”

He then proceeds to tell the story.

“So we’re at the Laugh Factory and John Witherspoon is on,” he begins. And he’s killing. Me and Paul Mooney is in the back. John’s on stage doing his Mick Jagger impersonation, just destroying the whole place. And Paul Mooney’s back there – he gotta go on next – and he leans over and says, ‘Pancakes homie, pancakes. Everyone loves pancakes.’

“And what he was trying to say is, ‘Spoon is hilarious but he don’t got no edge. Now I disagree. But the one thing I’ll agree with is that everyone does love pancakes. Look at everybody here to see this man off.”

Wayans also revealed how NBC didn’t want to hire Witherspoon for The Wayans Bros. show – which helped launch the Wayans‘ careers and spawned Witherspoon’s iconic character ‘Pops’ – but that they “hired him anyway.”

He added, “We didn’t care; we was like, ‘That’s our pops. That’s it. Take it or leave it.’ So, uh, the show didn’t get picked up on NBC. But they dangled that carrot in front of us.

Although NBC missed out, Wayans describes how Warner Bros., fortunately, needed a headline show to help launch their new network at the time.

Witherspoon died at his Sherman Oaks, California home on October 29. He was 77.