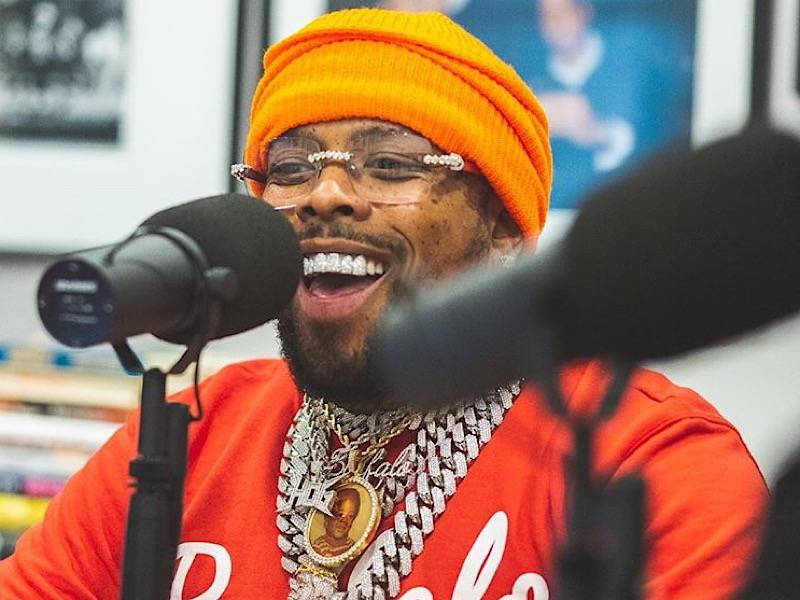 Much like fashion, music comes in waves — and often goes full circle. While the genre’s history is full of iconic figures that made an impact, there is only a handful that shifted culture, and even fewer that have managed to do so on the level of Buffalo Caesar, Westside Gunn.

Turning his back on mainstream politics, the Griselda mastermind rejuvenated the raw Hip Hop sound of yesteryear — simultaneously shattering the culture’s invisible age border —and created a music empire without the support of television or radio. Not to mention the impact he’s had on modern-day vinyl culture, creating digital sales demand likened most closely to the more alluring sneaker drops of the past decade.

With a deep catalog that can be held up amongst the most consistent in Hip Hop’s timeline, and entering his last year as a rapper, he is only weeks away from the release of Griselda’s official major-label debut, What Would Chine Gun Do? (seven years removed from his first project, Hitler Wears Hermès).

While he plans to go out with a blast in 2020, hanging up his mic is poised to only accentuate the pure brilliance of West: his over the top business acumen.

In conversation with HipHopDX, it becomes clear how intensely methodical his success to date has been.

“It was my duty to change the whole landscape of this shit,” West says. “That’s what people don’t understand.”

As he explains the change, he points to the symbolism he embedded into the artwork of his seminal cult-classic, Flygod — which depicts an animated, younger WSG wearing a crown of thorns (an allusion to Christ).

“It’s deeper than people think,” he says. “Flygod is like the second coming of Hip Hop. I’m making sacrifices and bringing it back to where it needs to be … I’m putting everything on my back so that it can be smoother for people coming after me.

“Check the blueprint,” he adds. “This was all planned.”

Much like the stories of Christ, he notes, people didn’t immediately see the vision, which was incredibly vivid in his mind. “I already knew it was going to be the same as the story of Jesus … nobody’s going to believe it,” he says with a laugh. “Next thing you know, I gotta turn the water to champagne to make these niggas believe me.”

To hear him recount his thought process off the rip is quite similar to uncovering vintage videos of Steve Jobs describing what would become Google.

Still, being signed to both Shady Records and Roc Nation, it’s harder than ever to deny him. It’s not far off to make allusions to the career paths of JAY-Z and fellow Eminem signee 50 Cent in terms of the grandeur of their movements.

West, in contrast, isn’t flipping platinum success into other avenues of revenue. Every move is in tandem, organically fitting into each other like Balenciaga patterned LEGO blocks. More impressively, everything up to this point has been Griselda — and done under his watchful eye.

“Every legend you can think of has co-signed,” he adds, noting that he doesn’t have any dream features left on his list.

“I’m in the middle of Times Square. I brought you Conway. I brought you Benny … I brought you a whole new fucking wave of music,” he adds. “I sold out vinyl when motherfuckers weren’t even thinking about selling vinyl — selling $2,000 records man [via resale]. I’ve done it all. I’ve got nothing else to prove. Nothing.”

GOD u could’ve chosen ANYBODY but I’m so thankful You have Chosen ME, sending me to prison to learn myself, to get wiser to get stronger, them long nights we planned ALL of this it’s finally happening the World can’t deny me bc we’re making it to hard for them, who would’ve ever thought a KID from BUFFALO would be standing tall in the #1 spot in the world but it’s plenty more to do for the Culture and I’m Ready, IM IN TIME SQ. MuthaFUKKKKKAS ⚖️?⚖️???? #FLYGOD #GXFR #TheNewKINGofNY #ART #CULTURE #BUFFALOKIDS #HWH7 OUT NOW #Classic #Masterpiece #AOTY & PLEASE go take pics and videos and tag me

It’s a unique position to be in, considering he’s (in many ways) just getting started. He describes Hitler Wears Hermès 7 as the beginning of the next phase of his career — a stage that’s set to see him make his mark outside of music. Though it’s something he’s been doing since Griselda’s inception, it will ultimately become his legacy.

With the continued growth of his merch lines — including 4th Rope — and most recently his involvement with House Of Glory, he’s more than sowed the seeds for diversified generational wealth.

FLYGOD and the LUCHA BROS. What a Fuckin Night and @reyfenixmx took his mask off and gave it to me out of Respect ???????? this shit still wet #pause @penta_zero_miedo your a LEGEND @hogwrestling #HOUSEOFGLORY #FLYGOD #theNewKingOfNY #Culture #4thrope

But the most significant accomplishment, he says, is Westside Gunn Day in his hometown of Buffalo. Though it’s early and there’s a lot of upcoming milestones ahead of it, he says it’s going to be something the residents of the city will never forget.

“It’s going to be a legendary day,” he says. “Something that the city has never seen before. Something fun for everybody. I don’t even have to think about it yet … but I could already guarantee out my mouth that it’s going to be a day that people will always remember.

“People will look forward to it every single year. We’ll get started with a bang … the city man, they need to see it. So you know, I’m going to give them that.”

West’s aura and confidence are infectious; if he were to tell you he was going to build a spaceship, there’s little reason not to believe him.

The number of artists able to sustain themselves and provide better for their families based on the trail Westside Gunn has blazed is multiplying continually. Given the trajectory of the industry, it’s likely that he’ll be remembered (in hindsight) as one of this generation’s more significant figures.

With his team’s Shady debut finally set to drop, Flygod is letting it be known that he (humbleness aside) he wants his presence to be appreciated while he’s able to bask in the glory.

“I gotta make these fools give me my roses while I can smell them,” he says with a chuckle. “They don’t want to … but I’m going to make them.”

This interview is part one of a two-part series.