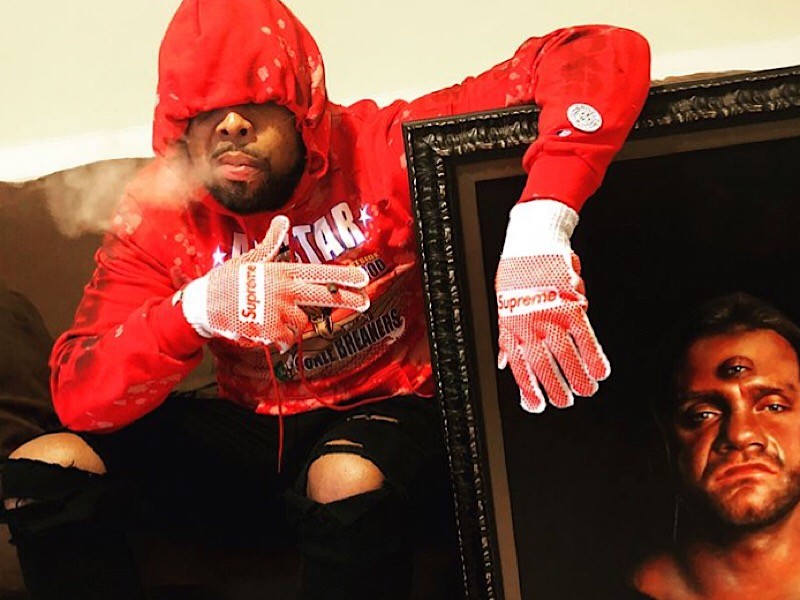 Next to perhaps the G-Unit, not many crews have been able to build a buzz like the Buffalo-based Griselda Records — founded by rapper Westside Gunn. What they also have in common with the 50 Cent-helmed foursome is that their unique sound and aura of authenticity earned them a spot on the Shady Records roster, making them among the few Buffalo rap artists to sign a major deal.

Alongside his brother Conway The Machine and Benny The Butcher, Westside Gunn has been dropping some of the rawest Hip Hop in the game: no gimmicks and no filter. From his acclaimed Flygod LP to his highly revered Hitler Wears Hermes — as well as a host of various solo and collaborative EPs — he’s been building his brand on an independent level for the last five years. The recent release of Supreme Blientele marks what will (likely) be the Flygod’s final independent release before dropping off his major label debut under Eminem’s storied imprint.

The crazy thing is, he really didn’t start rapping until around the time of his first release. In fact, he only stepped up to the mic to help hold down Griselda after Conway was shot in the head.

Whether you’re new to his catalog, or a seasoned fan, Westside Gunn broke down his Top 5 projects for HipHopDX. Consider it a CliffsNotes on what you’re missing, or a refresher — straight from the man himself.

“I’d play all five of these projects against anyone’s Top 5,” he says.

#5 — There’s God And Then There’s Flygod, Praise Both

Westside Gunn: “I made [There’s God And Then There’s Flygod] in a couple of hours. It was all Daringer; we just sat at his house and put on beats … I just started throwing shit. Then I shot the “Peter Luger” video. That project was dope to me.”

Westside Gunn: “People slept on [Hitler’s Dead]. The crazy story about that album was when I made it, I just had a meeting that Shady … This was the beginning of October. I made the announcement that day that I was going to do a project. I said, ‘Yo, I’m going to make a whole album and drop it on Halloween.’”

“I got blackballed because of the cover. So, nobody wanted to touch it. It was some of the illest music I’ve ever made, but nobody would touch it because of the cover. Even Shady wouldn’t tweet it. But, that’s one of the joints that’s for the culture, I’m so glad that it’s out now and people can hear it. We finally got the streams up two weeks ago.”

Westside Gunn: “I made [Hitler Wears Hermes 2] in one day. That’s a classic … the classic of all classics on my mixtape shit. People got that [Chanel mask cover] tattooed on them. You know what I mean? There are murals across the world with that, that imagery.”

“Before that, I had Hitler Wears Hermes, which was a quick little six-song joint. I was testing the waters, but when I did Hitler 2, that was it. I knew I was about to kill shit … that I was about to be the illest.”

Westside Gunn: “Flygod is one of the Top 25 projects of the last decade. They said I could never top that … that it was impossible to beat because it was just too perfect. Well, now I’ve got something that I beat it with.”

Westside Gunn: “It’s easily one of the Top 10 albums of the decade. From the production to the features, and the way it blends in with the skits, just everything about it. You get that feeling all the way through. Even Busta Rhymes sounds like Busta from ’96-’97. People fail to realize I can make another album in a week or two that sounds equivalent to this.”