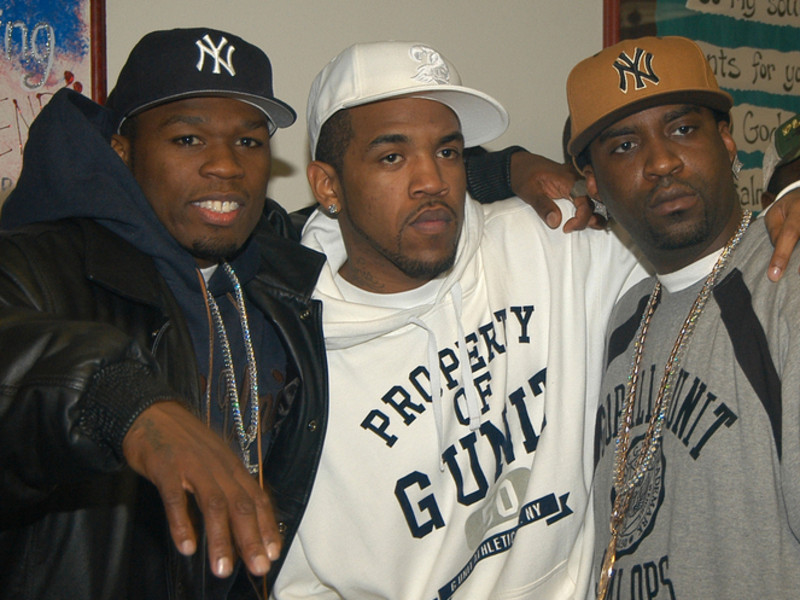 Welcome to the second installment of Legendary Mixtape Runs, where HipHopDX takes a look back at some epic mixtape series of yesteryear. We’re not talking about streaming “mixtapes” that are all the rage now; we’re talking straight up mixtapes — the ones you used to buy at barbershops, bodegas or hand-to-hand on your local campus.

50 Cent probably has one of the best-known backstories in Hip Hop. After being shot nine times, he was picked up by Eminem’s Shady Records. His debut album, Get Rich Or Die Tryin’, pretty much shut down the game. His G-Unit squad, consisting of Tony Yayo and Lloyd Banks (and later Young Buck), came along for the ride and at one point were the only crew that mattered commercially, selling everything from clothes to Vitamin Water.

That, though, is the glossy CliffNotes version.

After being shot, his original debut album, Power Of The Dollar — which included his super buzzing single “How To Rob” and “Ghetto Qur’an,” long rumored to be the song that led to his shooting (and subsequently that of Jam Master Jay) — was shelved. Blackballed from the industry, he went to Canada and recorded what would be the first mixtape by 50 Cent and G-Unit, 50 Cent Is The Future. This is how tide began to turn.

As a crew, G-Unit released two additional mixtapes before Get Rich Or Die Tryin’ arrived, No Mercy No Fear and God’s Plan. Then after the monumental success of the 50’s debut LP, they released 30 additional mixtapes. The Unit (originally a three-man outfit) had one of the most epic mixtape runs ever … and that doesn’t include tapes by the individual members. Fif alone has 10 of ’em!

Young Buck, who began his career on Juvenile’s UTP imprint, showed up on the second mixtape. As The Unit prepared to drop their debut album Beg For Mercy, Tony Yayo got locked up and Buck was brought into the fold permanently. It added a universal vibe, allowing them to simultaneously rep the south while maintaining their East Coast aesthetic.

From 2002–2008, they stayed quite loyal to the mixtape platform where they introduced allies like The Game, severed ties and beefed with many (including Game), and broke new music via a plethora of projects. Even brief artist affiliations like M.O.P. and Mase, which never really came to full fruition in the grand scheme, got to shine on their 25-part G-Unit Radio series.

Their three-part ThrisIs50 series, that included Return of the Body Snatchers, the super savage Elephant in the Sand, and Sincerely Yours, Southside, were the end of an era.

The crew has gone through a lot over the last 15 years, but their super deep mixtape catalog speaks for itself and holds a ton of gems ready for a whole new generation to discover thanks to sites like DatPiff.

It’s a lot to take in, so DX is breaking down the five must-listen G-Unit mixtapes from 2002-2008 to help guide new listeners down the rabbit-hole.

No Mercy No Fear

After 50 signed with Shady Records for a million dollars, G-Unit dropped No Mercy No Fear — their second mixtape. Over the years, it’s found itself on a number of “Best Mixtape” lists for a good reason. For starters, it featured Fif’s breakout single “Wanksta,” as well as Bank’s “Victory” freestyle and Tony Yayo’s “Back Seat.” It also features the first collaboration between The Unit and Young Buck.

God’s Plan often as well regarded as No Mercy No Fear. It featured “Catch Me In The Hood,” one of G-Unit’s staple tracks and a clear highlight of the tape. It also included their usual dose of freestyles, spitting over beats like “Ching Ching” and “Work It.”

And if listeners weren’t sold on Banks up to this point, “Banks Work Out Part II” was the straw that broke the camel’s back and proved his lyrical prowess.

Takin It To The Streets (G-Unit Radio 5)

By the time G-Unit Radio 5 dropped, the team was a force to be reckoned with in Hip Hop. Hosted by a then-rookie LeBron James, this tape had drama and exclusives galore. The intro, a 2Pac remix, included 50’s infamous “I’m a God to you” speech that set off the beef with his ex-muscle Bang Em’ Smurf. It also featured his first recorded Wendy Williams diss.

This tape even gave fans the “P.I.M.P” remix featuring Snoop Dogg. The new version of the hit single was later included on the re-release of Get Rich Or Die Tryin’.

The title of this tape was a reference to The Game, who officially became the fifth member of G-Unit around this time. The 2004 project was fans’ first taste of what the Compton rhymer had to offer the group and he didn’t disappoint. It included key early songs, such as “200 Bars,” “Get Yo Money Right” featuring Dr. Dre and JAY-Z, and the Alchemist produced gem “Throw That Shit Up” featuring Prodigy.

50 ousted Game from G-Unit in late 2005 and what ensued was a whole bunch of bullshit both on and off wax. In the midst of their bitter feud, G-Unit Radio 21 dropped in summer 2006. As expected, it was overflowing with savagery. However, despite the incendiary cover art, it wasn’t all Game-everything. In fact, “Misdemeanor” was the real MVP of the tape.

What was your favourite G-Unit mixtape? Let us know in the comments, below.