Review: Kembe X Successfully Grapples With His Demons On 'I Was Depressed Until I Made This' 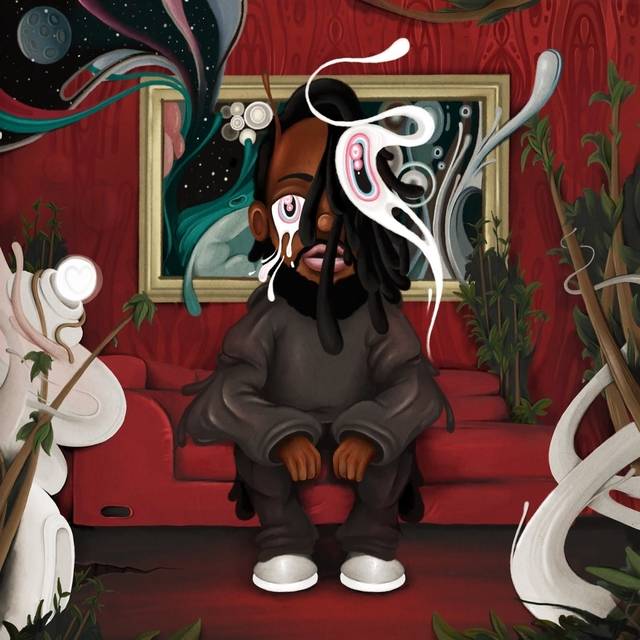 It’s not uncommon for rappers to struggle with following up after a breakout debut. The weight of trying to top yourself as life begins to become more complicated and fast-paced can halt an artist’s ascent. Seemingly, this scenario played out with Kembe X.

The Chicago MC has been in the game since 2013, generating buzz with his links to TDE and working with the likes of Isaiah Rashad, Ab-Soul, Chance The Rapper and Danny Brown. His profile continued to rise after the release of his acclaimed debut album Talk Back in 2016.

In an interview with Lyrical Lemonade, the 24-year-old opened up about the mounting problems he faced after his debut. A pregnancy scare shortly after the album’s release, followed by a growing struggle with alcoholism and a loss of love for making music sent the rapper into a depressive stagnation. These revelations color the aptly titled sophomore album I Was Depressed Until I Made This, a stream of consciousness journey into figuring out what in his past led to his alcoholism and finding a way to keep himself level mentally as he accepts his faults.

While the topics may seem heavy, the record doesn’t dour in despair. Instead, it comes off more as a cathartic reflection of how these songs got him out of the uncertain darkness.

After a short melodic intro, the bouncing bass and snappin’ drums of “859,” starts the proceedings, showcasing his improved skills on the mic dropping lines about not staying in touch with friends, dealing with bad energy around him and handling stress.

Kembe switches mindsets and moods constantly throughout the project, rapping with bitterness on “LFTFF,” the first song touching on a problem with alcoholism, hitting immediately on the chorus, “Wake up every morning, count my blessings ‘fore my mind start racin’/ Sip my Jack and pop a Xan’ before I even wash my face.”

However, there’s no exploration into the issue; instead, it’s a braggadocious track, with Kembe annoyed at the world around him and feeling an impending sense of people praying for his downfall.

As the record begins to gain steam, filler derails the momentum with “Roblox” deviating sharply from the concept and not offering enough sonically or lyrically to warrant the sharp turn. “Scoreboard” also sounds quite out of place, but Kembe exhibits this zany, off-the-wall energy that makes the song an endearing guilty pleasure.

The mixed bag builds to the immaculately penned “Voices” with Kembe delving into his depression and the scars of his past, ruminating on where his addictive tendency came from. The bitterness in earlier cuts dissipates, replaced with a feeling of inspiration leading to some of the best writing of his career.

“Learned my lesson, I gotta learn how to listen/ And focus on how I’m blessed, can’t neglect them like CPS/ I can’t let ’em dilute my essence, fluorescence on VVS’s/ Niggas wanna see me stress so I leave ’em with unread messages.”

He continues to investigate his background on “Limb,” employing a gruff cadence exploring his path out of the mud. Some of the best production comes in the next two songs with the bright, saxophone laced “Commas,” a track that strays from the concept, but gives off this classic early ‘90s Pete Rock and C.L. Smooth vibe that its lack of continuity can be forgiven. Then comes the eerie synth lines on the self-proclaimed “combination” banger “Move Around,” getting a boost from a succinct IDK feature as both rising rappers lay out lines about growing up around drug dealin’.

Kembe closes out the release on a positive note stepping outside of the torment of his head on “Spotlight” and accepting his issues with alcohol on “Still Calling.” These two songs are the most upbeat of the record and work as a fitting conclusion, but the jarring tonal shift from the previous few tracks makes it sound like there’s a part of the story missing.

Even though the album’s execution doesn’t quite live up to its ambition there’s plenty of enjoyment to be had here. Kembe conveys a message of self-acceptance and understanding with the best flow and technical skill of his career. The time away has paid off, as he’s grown leaps and bounds from his “Feeling Like The Man” days.

The project shows Kembe is willing to challenge himself, serving as a respectable return to the spotlight.