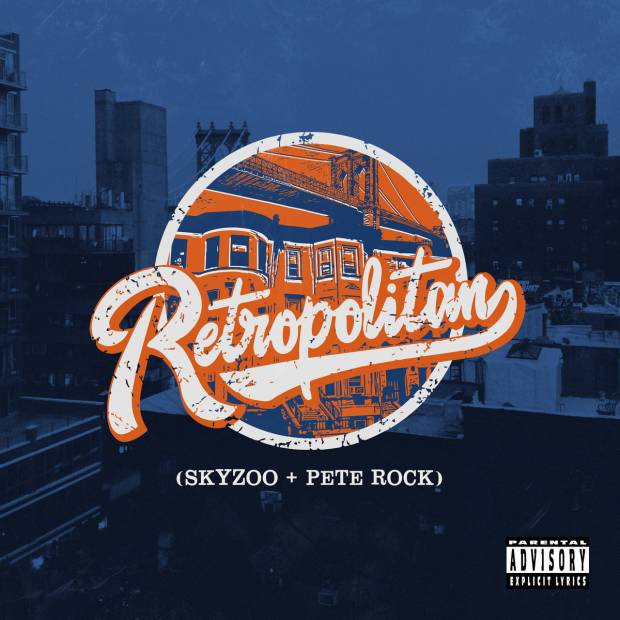 It’s hard to imagine how an MC as lyrically elite as Skyzoo stays focused in today’s music industry. Lucky for the genre, though, he continues to create lush, lyrical masterpieces that are as layered and complex as they are poignant and immediate.

His latest — a collaborative LP with Pete Rock titled Retropolitan — breathes life into the dusty sound of the Golden Era and shines a spotlight on the culture that New York City’s lost to gentrification.

The 12-song project is a love letter to his hometown, complete with an abundance of references and imagery inspired by the Mecca. Many of which are libel to go over your head if you’re not aware. For example, alluding his pen-game to that of iconic graffiti writer Skeme on “Carry On Tradition,” or a rhyme that shouts out famed jazz musician Cannonball Adderley on “Hometown.”

There is even a reference to the legendary Willies Burgers in Harlem — an eatery immortalized in the opening sequence of Paid In Full.

That’s not to say that the LP is a sunny walk down memory lane. The project’s brightest moment — the awe-inspiringly vintage “It’s All Good” — for example, describes being targeted by police following Chinx’s funeral. He further details being harassed by police as young as 12 years old on the song “One Time” featuring Raheem DeVaughn.

Injustices and block life are all elements that make up the culture that cultivated him — and others raised during a finite era in the city’s history. What is so beautiful about this LP is how universally relatable it is.

Gentrification isn’t confined to the five boroughs. It’s a widespread issue that Sky himself noted in an interview with HipHopDX he encountered in his musical travels across the country.

The project doesn’t harp on the topic, though. It’s tastefully woven into the tapestry of the LP, which Pete Rock cooks from a production standpoint. He even comes through with a verse on the ode to flashy jewels of yesteryear, “Truck Jewels.”

Breaking down the bars on this LP is an exercise that one could span an entire book. Sky wraps punchlines in double entendres and buries those beneath sometimes obscure references that subtlety beg for research to appreciate their brilliance. His guest list is short, but packs a punch — like the Griselda trio and Elzhi on “Eastern Conference All-Star.”

Albums like Nas’s undeniable classic Illmatic and Pete Rock’s own Mecca & The Soul Brother thrived because of its unabashed ability to articulate life in his world without prescribing to any gimmicks. Retropolitan feels like a modern take. It gives a retrospective context (and sonic second life) to the culture of old New York in an accessible way that doesn’t make anyone feel left out.

It should be noted though that there is a lack of envelope-pushing production-wise. Pete’s beats keep the project firmly planted in the Boom-Bap realm, drenched in a tasteful amount of nostalgia but offering little variance outside of the NYC telescope. While this may effectively keep the LP off the radar for some younger listeners, fitting in has never really been the point of a Skyzoo record.

It’s a lyrically dense affair, which isn’t for everyone. However, for listeners who shun rappity-rap rappers, Sky’s cadence and flow allow you to have different take-aways dependent on your knowledge base.

Whether you’re an old head who fell out of love with Hip Hop or a new head looking for a novel worth of references to lead you down Wikipedia rabbit holes of NYC-centric history, this album is a gem.