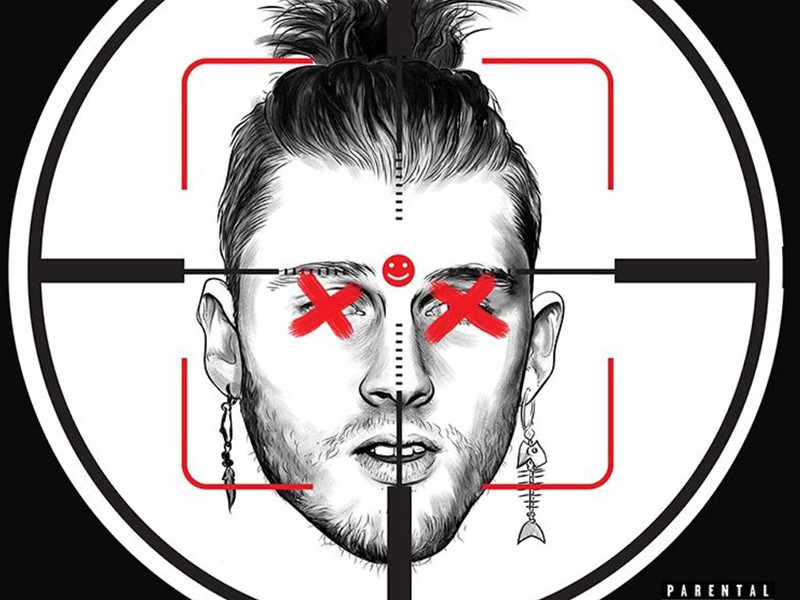 Eminem Fires Back At Machine Gun Kelly With “Killshot”

Em also chopped it up with Sway Calloway about his surprise Kamikaze release and explained some of his jabs, including the one about Tyler The Creator.

“I was angry when I said that shit about Tyler,” he explained. “The fact of like every time I saw this kid, he was always cool to you. I loved his energy. He was a funny dude and he’s super charismatic and shit. But I’m sitting back like, ‘Man at what point do I have to say something to defend myself?'”

Lil Wayne’s highly-anticipated album Tha Carter V will reportedly drop on September 21, according to Hot 97. Weezy’s team hasn’t announced a definitive date yet but did share the cover art on social media. Billboard reports the album’s will intro touch on Wayne’s suicide attempt, which dates back to when he was 12 years old.

Mac Miller's grandmother speaks at a vigil held for him at Blue Slide Park.."He loves you all, he loves Pittsburgh and everything you have done for him." pic.twitter.com/XqysxmRr5J

A memorial for Mac Miller was held at Frick Park’s Blue Slide Playground in Pittsburgh on Tuesday (September 11).

Upon news of Miller’s passing, the Hip Hop community shared fond memories of him (including the story of how he met Eminem) among many tributes. Kendrick Lamar shared his thoughts on Miller, noting the late MC always had a smile on his face no matter his circumstances.

“Above everything else, Mac wanted everyone around him to be happy,” he wrote. “You could see it vividly in how he loved his family and how he treated his friends. A prime example was when he recently dropped everything to go home and be with an old friend who was going through cancer treatment. That’s the kind of person Mac was to the core.

Lil Xan is another rapper who seems to be deeply affected by Miller’s death, declaring it’s prompted him to quit rap.

A post shared by Bronx Documentary Center (@bronxdocumentarycenter) on Aug 28, 2018 at 5:48am PDT

Bobbito Garcia’s Rock Rubber 45s documentary is the DJ’s third film but touches on much more than his trek through Hip Hop. It also delves into a traumatic experience with the delicate topic of sexual abuse, which he addressed while speaking to HipHopDX’s Kyle Eustice.

“There’s a great O.C. lyric from the song ‘Time’s Up’ where he goes, ‘The more emotion I put into it, the harder I rock,’” Garcia told DX. “That’s the sort of approach that I have with this film — that the more emotion that I put in, the better the film will be. You know you get one chance to do an autobiography, so I’ve decided to just bare all.”

The Visionaries To Release 1st Crew Album In 11 Years

The Visionaries will be releasing their first album in over a decade. Speaking with DX, Rhettmatic explains the long delay between projects from the group.

“I only can speak for myself, but I can safely say that the crew has never, ever broken up, though some people might’ve thought we did,” Rhettmatic told HipHopDX. “We’re still brothers, but I think we all had to step away from the business aspect and from each other so we can all grow.

Read the entire interview with The Visionaries here.

DJ Fu curated a #DXHitList playlist on Spotify for DX and also expressed regret over the way Lil Xan’s Tupac comments were handled. He also believes it hindered him as an artist.

“It’s fucked up because I think it hurt his album sales,” DJ Fu said. “I feel like if that wasn’t put out there, people wouldn’t have pre-judged the album instead of it being like, this 21-year-old kid just going crazy talking about bullshit and then it slows down and he starts to talk about more serious shit. It’s like a high, with a comedown.”