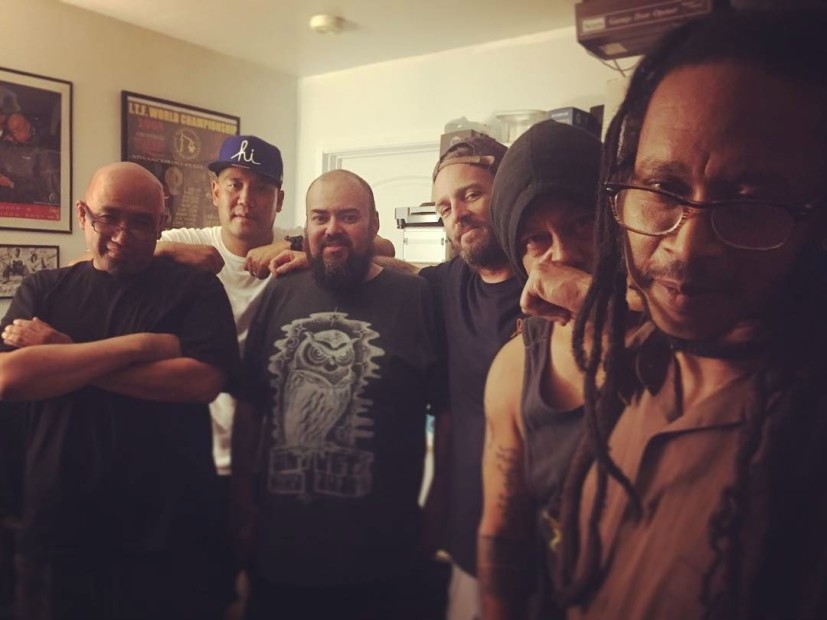 The Visionaries To Release 1st Crew Album In 11 Years

Underground Hip Hop collective The Visionaries haven’t put out a project since 2007’s mixtape EST 1995 but that’s about to change.

In a recent Instagram post, it was revealed the group — comprised of 2Mex, LMNO, Lord Zen, Dannu, KeyKool and DJ Rhettmatic — is currently working on a new album.

Rhettmatic, who co-founded The Visionaries in 1995, insists the group never officially dissolved – they were simply busy with their own solo endeavors.

“I only can speak for myself, but I can safely say that the crew has never, ever broken up, though some people might’ve thought we did,” Rhettmatic tells HipHopDX. “We’re still brothers, but I think we all had to step away from the business aspect and from each other so we can all grow.

“We’ve been and still are performing as a group doing shows together over the years and some of us have done solo or some joint projects, but we’ve never recorded new material as a group.”

KeyKool adds, “We’ve grown as people and as artists, but our love of Hip Hop and b-boys hasn’t changed. We’re having as much fun now as we did when we made [1998’s] Galleries. We’re just expressing what’s going on with us now through our new music.

“In 1997, the world was going to end at the turn of the millennium. Twenty years later, there’s a slew of more problems and issues to speak upon. We’re just here to try and learn, survive and evolve through it, and express it in our music.”

A lot has changed over the past seven years. In 2016, 2Mex was treated for complications stemming from diabetes, which resulted in a leg amputation. Meanwhile, Rhettmatic co-founded the Beat Junkies Institute of Sound in Glendale, California. They’ve also needed time to evolve as both artists and human beings.

“I know some of the guys were anxious to make another album, but like every other crew, each of us have gone through trials and tribulations throughout these past years to get where we are finally now,” Rhettmatic says. “For me personally, I just didn’t want to force making another album.

“I personally needed to grow more as a DJ and as a producer as well as a person, plus I wanted to have fun making music with my crew organically and not be forced to make an album because we needed to.”

No further details on the project are available at this time but it sounds like it won’t be long.

“I know our hardcore Visionaries fans have been wanting another album from us for a long time,” Rhett adds. “The music we’re making right now is definitely coming from our soul and we’re just having fun recording without no expectations. I just want to personally thank all our Visionary fans for patiently waiting … the album is coming.” [apple_news_ad type=”any”]