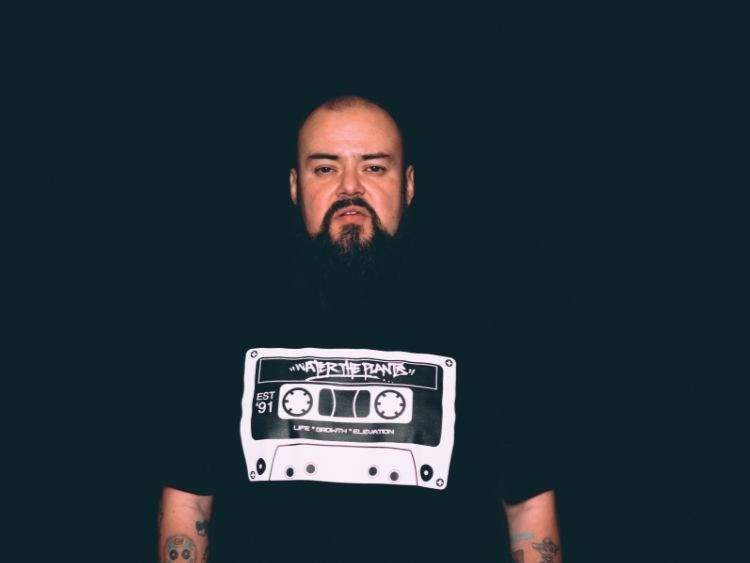 2Mex Explains How Love Saved Him From Depression After Leg Amputation

Underground Hip Hop vet 2Mex came up in the infamous Good Life Cafe scene in Los Angeles as a member of Project Blowed. Since then, he’s steadily worked on his craft in groups like The Visionaries, Of Mexican Decent and Look Daggers (alongside the late Ikey Owens), and established himself as an explosive solo artist along the way.

In April 2016, his life as he knew it came to an abrupt halt when he was rushed to the hospital with a blood sugar of 700, which is dangerously high for a diabetic. That day, he’d woken up to a horribly infected and swollen foot, and doctors were unable to save it. Consequently, his right leg was amputated below the knee.

Over a year later, 2Mex is walking with the help of a prosthetic and also back in the studio. His forthcoming album, Lospital, dives into his painful experience and subsequent survival. For him, falling victim to his circumstances was never an option.

“I cannot lay in bed all day on drugs and quit on life,” 2Mex tells HipHopDX. “That’s just not me. With all the love I got from the Hip Hop community, friends and family, I never had a chance to be depressed. From the jump, the overpowering support was like, ‘I have to get better ’cause look at all this support.’ You can’t throw that away.”

Along with the album announcement, the San Bernardino-based MC has shared the highly personal title track of the 15-track project, which features guest spots from Slug of Atmosphere and Ariano. Judging by the vividness of his voice, it seems 2Mex has a new lease on life and is simply happy to be alive.

“I’m blessed,” he says. “I’m super happy. I’m back to touring again and it’s a good thing. I’m walking and shit. I’m driving. I have a license and insurance. If you knew me, you’d be shocked. I rolled so dirty for so long. The DMV was like, ‘You’re alive?’ The government had no idea I was alive [laughs].”

While Lospital hits on some heavy topics, including depression, suicide and self-doubt, overall it’s an album about perseverance. Even when he was in excruciating pain, he knew he had to keep going.

“‘Lospital’ is just a made-up word like, ‘lost in the hospital,'” he explains. “That was just my experience. I feel like we can get lost in a hospital because everyone is hurting — not just physically — but they might have lost their insurance or stuff like that. We’re being overwhelmed by too much noise, too many ads, too much medication … I rejected all that shit. I paid for it in pain.”

For now, 2Mex is working on coming to terms with the fact he’s technically disabled. He admits his friends are pushing him to get on disability so he can reap the financial benefits that come along with that label, but he hasn’t come to grips with that yet.

“I don’t even have disability,” he says. “I don’t consider myself disabled, so I have to like graduate to consider myself that. I am trying to get to a point where I can accept that. Right now, I’m good.”

Check out the cover art and tracklist below, and “Lospital” above. Pre-order for the album is available here ahead of its August 15 release.