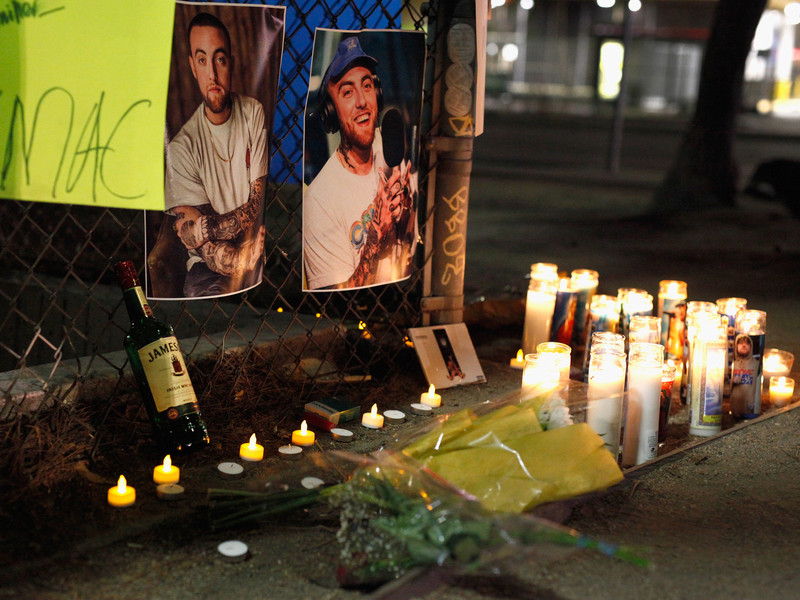 Countless tributes have poured in since Mac Miller passed away on September 7 at the age of 26. Superstars such as Kendrick Lamar and J. Cole have shared their thoughts and memories mourning the late MC, revealing just how beloved Miller was.

But outside of Hip Hop’s biggest names, some of the most moving tributes have come from those who closely worked with Miller throughout his career. One such person is Rostrum Records founder Benjy Grinberg, who signed Miller when he was just 18 years old.

Grinberg originally penned his homage to Miller for Billboard. He has given HipHopDX permission to share his words with our readers.

Read the tribute in its entirety below.

The night after Mac died, I had a dream that I was at his wedding. We were all celebrating with him and dancing around the room. To wake up to the harsh reality that Mac was still gone was very difficult, but I also felt fortunate to have another moment with him, if only in my sleep.

On Friday, Sept. 7, we all lost. A mother and father lost a son. A brother lost his sibling. Peers lost a great friend. Fans lost someone they loved. And the world lost all the music that was yet to come.

Mac Miller was not your typical music star, and that’s what made him so cherished. Mac was the guy you grew up with or maybe he was you in your own coming of age struggles and celebrations. He talked about things you could relate to and was open about everything he was going through.

Mac never wore a disguise. He was who he was, whether you were with him in person, heard him in song, saw him at a show, or worked with him in the studio. And through all of the ups, downs and increased fame, he was always the same heartfelt, funny, passionate, complex and loving person we all knew from the beginning. To know Mac was to want to know him even better.

And damn, was that man talented. He was, without a doubt, the most gifted person I’ve ever known. He was an intricate wordsmith, played every instrument and produced incredible music. He could perform his ass off. He even made a jazz EP on a whim. He had a million ideas per day.

Mac was music through and through. He lived it and breathed it, and there was never a plan B for him. Music was what he was put on this earth to make. He was a true visionary. As true as artists come.

He was a wonderful mixture of incredible confidence and sincere doubt. He knew he was destined to be a big artist, yet always seemed surprised that he actually was one.

Mac was hugely thankful for his success and loved sharing it with those around him. Before every show he would lead his team in a prayer circle. He would pray for everyone’s safety and health, that all the fans would have a great time, and he would talk about all the other things he was grateful for. When he moved to L.A., he invited everyone over to record in his home studio. A whole community of artists developed there.

Above everything else, Mac wanted everyone around him to be happy. You could see it vividly in how he loved his family and how he treated his friends. A prime example was when he recently dropped everything to go home and be with an old friend who was going through cancer treatment. That’s the kind of person Mac was to the core.

After the car accident in May, I had a text conversation with Mac to see if he was alright. He said that he was pretty sore, but that he was OK. “Grateful I’m alive honestly.” Those were his exact words. Whatever happened the day he died, I feel that it was an accident. He didn’t intend to leave. In recent conversations, Mac seemed to be feeling great. He was really proud of his new album and couldn’t wait to go on tour and see his fans. This is a horrible tragedy.

I could write a book about my time with Mac. The ups and the downs. The disagreements and the love. His No. 1 album. The time Donald Trump wanted Mac to apologize to him. The time I visited Mac in New York and he wanted to take a walk to buy kitty litter, of all things.

But one recent moment sticks out to me. I had written an article last year where I openly discussed my battle with OCD and anxiety. Mac saw it and told me he was proud of me. I think deep down I always wanted Mac’s acceptance, wanted him to like me and be proud of me. This validation meant more to me than he ever knew.

I saw Mac last month at Hotel Café. He was doing an intimate performance for his fans in support of his new album. After the show, he came off stage and walked through the crowd to get to the small green room towards the back of the house. He saw me and gave me a big hug before continuing on. It was a great hug… a hug I will remember forever. It was the last time I saw him.

The outpouring of love that has happened since his death has been amazing. The whole world loved him and I think he’d be proud to see how much other artists respected him. I think that’s what he wanted most; to be loved and respected. He absolutely achieved that.

I feel that there are other people who are more deserving to write this tribute. There are people who knew him better, and people who have worked with him more recently. But I feel honored to have known him and grateful to be able to share my thoughts.

Mac changed my life and I will miss him terribly. Thankfully, we have so much to remember him by; the music, the memories, the laughter, the smile. The gifts he shared with the world will live forever.

Mac, I hope to see you in my dreams again soon. I love you.