Review: Joey Purp's Impressive "QUARTERTHING" Leaves It All On The Field 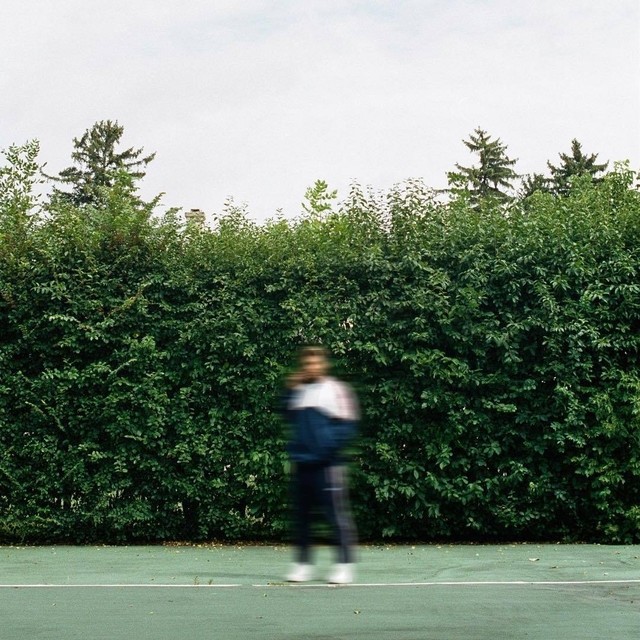 Chicago’s Joey Purp knows how to make an entrance. When he storms into frame at the start of QUARTERTHING on “24K Gold/Sanctified,” it’s a grand occasion, set off by crashing drums and majestic keys that roll out the red carpet for the man of the hour. Opening with “All we ask is trust, all they need is love / all we have is we, all we need is us,” he’s shouting the lyrics more so than he is rapping them, all the while packing passion into every word.

Such colossal intros are nothing new for Joey; in 2016, he kicked off his iiiDrops tape the same way, with resounding trumpets filled with soul on “Morning Sex.” Still, on “24K Gold/Sanctified” he dials the emotion up yet another notch, while inviting Ravyn Lenae and Jabari Rayford to take us to church with their soaring vocals. It’s similar to how he attacks the rest of QUARTERTHING — the biggest, brightest moments from iiiDrops are honed in on, and blown up on an even larger scale for a project that proves to be well worth the wait.

Tracks on the album are high-energy throughout, with barely a break to breathe in the midst of Joey’s verbal onslaught. On “Aw Shit,” that energy is corralled around a classic Chicago juke beat, as Joey’s voice glitches in and out of clarity while the bounce holds center stage. Elsewhere, “Elastic” slightly slows the tempo, yet still demands you to dance with it’s pounding bass hits. Lo-fi, staticky vocals on the chorus add an infectious vigor to the song, before subdued keys at the end of the track bring well-timed melodies into the soundscape.

24 K Gold/Sanctified by myself, @bassealec, and @max.j.moore QUARTERTHING at midnight everywhere. All Praises to The Most High. Thank you to everyone along the way.

When he trades the dance floor for the mosh pit, Joey’s rebellious energy is more than up to task. “Paint Thinner” hits hard with apocalyptic bells, creating a haunting atmosphere that Joey shreds to pieces with his rapid-fire flow. On “Karl Malone,” he’s whipping the beat with a furious rage, spreading out his storefront for everyone looking to get their fix. Even still, “Look At MY Wrist” beats them both with its cataclysmic parade of percussion, tied together by a growling synth that gives the track a menacing bite. Joey builds the moment with expertise throughout his verse, before adopting generic themes of bravado only to mock their unimportance: “Damn, I be getting fits off, damn look at my whip, dawg / damn, look at my rims, dawg, tired of all that fuck shit.”

There are more restrained cuts on QUARTERTHING as well. “2012” opens with dreamy synths that allow space to recover after the audible assault. Joey rides the beat with precision, contrasting the mellow instrumental with the distressed vocal quality that is found throughout the album. After the brief, rousing intro on “Fessional/Diamonds Dancing,” the mood plateaus at just the right point, with Joey’s fatigued delivery still hitting thanks to the sharp drum patterns underneath him. Queen Key delivers the best guest verse on the tape, closing the song with braggadocious, assertive bars that make good on her authoritative stage name.

If there’s a flaw on QUARTERTHING, it’s the unsatisfying conclusion. After all the bangers to be found throughout the tracklist, the relatively underwhelming “LeBron James” is ill-fitting as the last song on the tape; not only due to its drop off in energy, but also because of the way it abruptly cuts off mid-verse after less than three minutes. However, even more out of place is “In the Morning,” GZA’s 30-second spoken word piece that operates as the true “outro” of the project. His legendary voice certainly holds weight in the absence of music behind him, but the message would have been better served as an interlude, or even as an intro leading into “24K/Morning.” Put together, with the unceremonious end to “LeBron James” combined with a monologue that’s over before you realize what it is, it doesn’t give the album the finality that it deserves, hurting it’s value when listening straight through.

Still, there are a ridiculous amount of gems to be found on the better portion of the tracklist, showcasing Joey Purp as a capable artist who knows his strengths and knows just how to highlight them. Whether painting vivid pictures of his life or packing boasts like bullets into a machine gun flow, he’s rapping like his life depends on it, arresting the listener’s attention and refusing to give it back. Even if the album doesn’t end the way it should, that constant passion for his art makes QUARTERTHING an impressive step forward, instantly captivating with undeniable replay value.