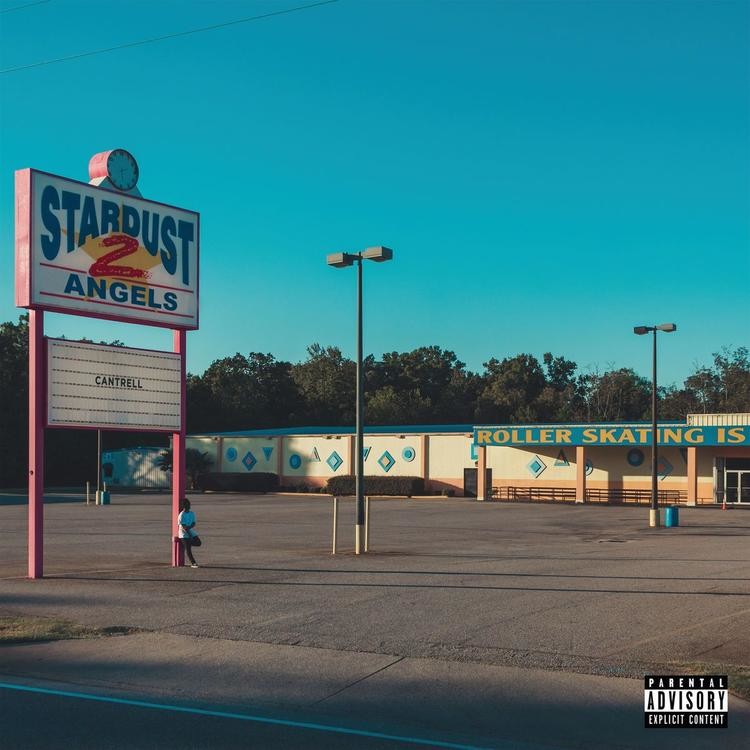 Mass Appeal signee Cantrell fashions himself as the Deion Sanders of Hip Hop. He’s a skilled jam skater and turned down a college football scholarship for music, so comparisons to the multi-sport legend are not completely out of bounds. Whatever else he does, Cantrell can call himself a strong young MC after dropping Stardust 2 Angels. Named for his hometown skating rink, the compelling EP is as philosophical as it is autobiographical.

Millennials rap about their dreams like 90s MCs spat about their glocks. The difference between Cantrell and the bevy of artists trying to “make it” is his introspection. He’s very driven toward his goals, but he also knows there are more important things at hand. The penultimate “Balance” contains more depth on the hook than you’ll find in most rappers’ verses. Cantrell is dying of thirst as he laments, “I just wanna feel free, I just wanna feel free, I’m just tryna find the balance/Tryna get a grip slipping climbing up this ladder.”

While his peers would accompany their freedom rhymes with faux-inspiring horns, Cantrell’s words are anchored by weighty piano keys, wistful strings and dense drums. His ability to saddle common sentiments with painful emotion will drop the listener’s heart into their stomach, but lifts up Stardust 2 Angels as raw and relatable.

Not that Cantrell doesn’t have fun. His voice jam-skates in and out of the beat on “Mo Time” as he compares a lovely lady to Michael Jackson’s “P.Y.T.” The waterlogged-but-uptempo piano keys and his nimble flow add much-needed muster to a such a downbeat album. Still, even when he flexes on Keep Yappin,” he can’t help but offer life advice that’s wise beyond his years: “Adjust the focus get ya picture right, Coltrane with the giant steps/Be careful who you give ya energy, ya might regret it on ya last breath.” Maybe that’s why, when he paints a picture of his youth at the skating rink on “Good Life ‘07,” he’s as regretful as he is nostalgic.

Brevity shrinks room for error, and a few joints stick out like weeds on the eight-track EP. “El DeBarge” is laden with aspirational clichés, though it’s somewhat redeemed by Cantrell’s “leap of faith” at the end. “Pickin’ Up,” however, is a formidable middle finger to “the man,” but is bogged down by drowsy, robotic production.

These are rare moments of dullness on an otherwise stimulating record. Cantrell’s EP portrays him as the kid with the broad smile and sad eyes. The image is so common amongst his generation, and yet his total embodiment of the well-worn youngin’ makes one stop and stare. Or, in the case of Stardust 2 Angels, follow him on SoundCloud and press the replay button.