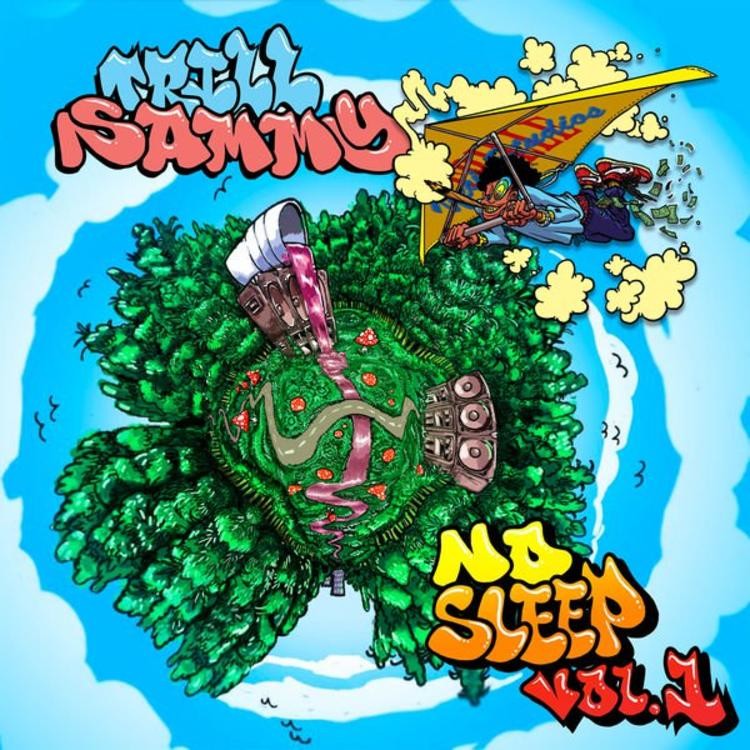 After going hard on the singles tip with such firecrackers as “3 AM” and “Feel Better,” Houston rapper Trill Sammy shows off the rest of his skillset on this eight-track offering, No Sleep Vol. 1.

Eschewing the vibes and sounds of his hometown for more ATL-based trap music, Trill Sammy demonstrates why he was able to build such a large local following on such tracks as “BIGGER” and “Do Not Disturb,” which are the two sole stand-alone songs on this EP.

To his credit, he’s come a long way from the “Netflix and Chill” freestyle three years ago — the track that first earned him Hip Hop cache now seems to be an after-thought, especially since he’s able to demonstrate his lyrical prowess despite his anachronistic vibe.

The problem is, Trill Sammy doesn’t have enough lyrical juice to stand alone (evidenced by the fact that no song breaks the three-minute mark). While it could be said that “less is more,” it could also be said that you have to actually make a point before you actually cut down on what you have to say.

So even though Trill Sammy relies on features to get the word out, tracks like “Feel Better,” featuring Rae Sremmurd’s Slim Jxmmi and the Youngboy Never Broke Again/ Cashmere Cat on the “3 AM” joint, also goes hard. The latter record sports lines like, “What it is, tell me what do you feel/When I get in your face, ain’t no talkin’/Five missed calls ring, no alarm/Shawty be talkin’, forever we ballin'” in between boasts of fucking your hoe like a savage.

On “I Can’t Decide,” where Trill Sammy teams up with Offset to trade lyrical barbs like “Used to catch a Uber/now I’m riding in the coupe/Came out by the blue/That’s what money do” and “20 bands, no marriage/She a bird, she a parrot/Get what I did?/Drop my kids all over her whip.” It’s questionable if Offset even did a full 16 bars if you take out the “skrrts” and the “yeah,” however.

The motley crew of collaborators like Benny Blanco — to whom Trill Sammy is signed — Jake One, Sam Wish, Southside, and Cashmere Cat all work well in delivering speaker candy.

Despite its shortcomings regarding silly grown-up stuff like concrete matter and witty lyrics, Trill Sammy delivers a one-two punch in a quick amount of time, for an overall solid result.