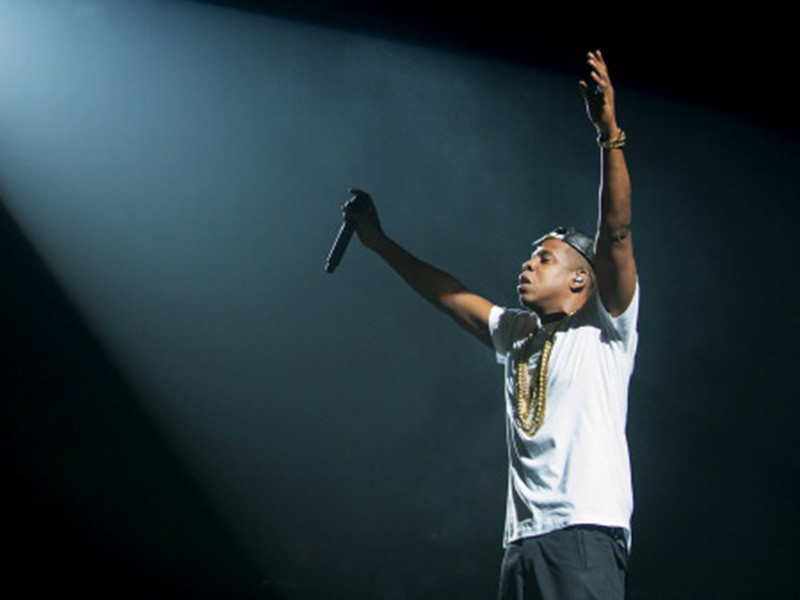 Since then, Hov has seemingly been more focused on his businesses, growing Roc Nation (both the label and the sports agency), fighting in the streaming wars with TIDAL, signing a TV and film deal and winning the drawn-out “Big Pimpin” lawsuit. He’s also been growing his family size, with twins on the way with his wife Beyoncé.

Still, he hasn’t been completely silent on the music end, making waves in 2016 with a verse on the “All The Way Up” remix and joining Pusha T for “Drug Dealers Anonymous.”

But a new Jay Z album is supposedly on the way(!).

There are clues floating around about Jigga’s next project already, so let’s break it down.

Jahlil Beats spoke with HipHopDX last year about his working relationship with Hov and said they have plenty of heat that has yet to see the light of day. A year ago, he wasn’t exactly sure what Jay was cooking up, “I don’t know if he’s working on an album, but I know Jay is about to start dropping music soon. You never know with him.”

Zaytoven has been EVERYWHERE lately and during a recent trip to Los Angeles, he stopped by Jay Z’s studio. The internet went crazy when he posted a flick to Instagram of their time together. In a recent interview with Billboard, the Atlanta star shared how even he was surprised Hov wanted to be laced with some Zay beats.

“This is me having no idea that he even cared about my music,” Gucci Mane’s right-hand man said. “First thing [Jay Z] said [to Big Jon], ‘Tell him when he come over, make sure he bring them beats with them strings and pianos in it.’ So that means he’s paying attention to what I’m doing. I feel like I’ve been behind the scenes, making music all this time but I’ve been making it just to satisfy my demographic.

“I didn’t know how far it was reaching. So when Jay Z invited me to his house and told me what type of beats he wanted, it opened my mind up to be like, ‘My music is reaching everybody and touching people in a certain way.’ There’s a distinct something when they hear my music. I feel like [the collaboration] is gonna be for both of [our projects]. I know it’s going to be a trophy for me.”

Young Guru On The Boards

Jay Z was recently spotted leaving a studio with longtime collaborator Young Guru, the man behind many of Hov’s sounds. The engineer was right by his side when a younger Jay recorded his response to Nas’ “Ether.” So while a collab with Zaytoven would bring a new flavor to Jay Z’s music, sticking with Young Guru would ensure classic Jigga is still present as well.

Jay Z was also recently spotted in the studio with Rick Ross. Ricky Rozay posted three captionless photos to his Instagram page a few weeks ago of himself chopping it up with Jigga. The Miami rapper is preparing his own album, Rather You Than Me, so these pictures could be in promotion of that project, but why wouldn’t Renzel drop a few bars for Hov, too?

The two have collaborated in the past, including on “The Devil is a Lie” and “Fuckwithmeyouknowigotit.”

When Beyoncé shocked the world with her masterpiece that was LEMONADE, everyone was wondering how Jay Z felt about having his personal life, including allegations that he cheated on Queen Bey, put on blast. Rumors circulated that Jay was, in fact, aware that the story would be told and was preparing to tell his side of the story on wax.

Roc Nation’s Vic Mensa spoke on new Jay Z material in August and said it sounded “fresh as fuck.” He said he couldn’t elaborate on the music, but emphasized how much he respects his boss, explaining, “some of the top dogs are the kindest and in a sense most humble.”

The Title Is Set

In an interview over the summer, Jermaine Dupri shared that he knows the title of the album. He of course wasn’t going to share what it is, but said that the album might have been close to completion.

We hope you didn’t get tricked by this April Fools’ joke last year that claimed the project was titled It’s Ya Boy and included a made-up tracklist with songs called “New Phone, Who Dis?” (featuring Kanye West) and “Black Tie Bat Mitzvah” (featuring Drake).

It May Or May Not Feature Kanye West

Six years after their successful run with Watch the Throne, Jay Z and Kanye West seemingly aren’t on the same brotherly terms. Yeezy blasted the Roc Nation boss at several concerts and told fans not to hold their breath for a Watch the Throne sequel. Reports surfaced that said Jigga considers ‘Ye a “nut job.” More recently, another rumor circulated that the two had reconciled and were preparing to do music together again. Believe what you want.

It Could Be His Most Heartfelt Project Yet

Jay Z released the powerful “Spiritual” song in July in response to reports of police brutality sweeping the nation. While Hov has made his career off stories fresh from the street, he was spotted proudly wearing a “Retired Drug Dealer” hat, showing that he’s put his past behind him. As a father, husband and businessman, perhaps Jay Z has something new to say.