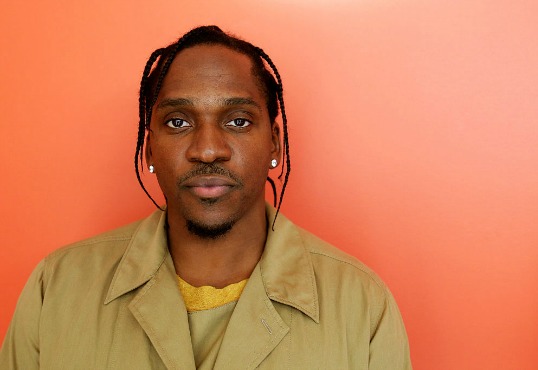 Let the lyrics tell it, the world is to believe all of the aforementioned figures are cut from the same cloth.

Jay Z and Pusha T are live and direct for their first ever official collaboration (the two reformed street pharmacists squared off on Big Brother Kanye’s “So Appalled” off 2010’s My Beautiful Dark Twisted Fantasy) and the result is what longtime listeners could have anticipated; an smorgasbord of sly references in having a backstory that involves transporting dusty packages.

We’re seeing a lot of Jigga post-Lemonade, as his appearance on Fat Joe and Remy Ma’s “All the Way Up (Remix)” has already become a 2016 mixshow staple. Could an album be on the horizon?

While the answer shall soon reveal itself, the meantime, get your nose numb with the first single off of the elusive King Push and the “Drug Dealer Anonymous” lyrics provided by Genius.

[Verse 1: Pusha T]
Valentino summers and wave runners
Chains on my niggas like slave runners
Drug dealers anonymous
How many Madonnas can that Mazda fit?
My brick talk is more than obvious, it’s ominous
Garages, the phantom, ghouls, ghosts and goblins
Blonde mohawk the collection I’m Dennis Rodman
The money count is the only moment of silence
Cause hush money balances all this drugs and violence
Hat trick under my mattress
Date I stop still has an asterisk after it
After all I can make a call
I can baptize a brick
As I wash away my sins like a catholic
Who the fuck ain’t mastered this
America’s nightmare’s in Flint
Children of a lesser God when your melanin’s got a tint
And I can’t even mention what I sent or what I spent
Cause my name in 18 wheelers is evidence
I put my boos in those cruise collections
Life’s a bitch
A to Z on her shoe collection, take your pick
Paid in full like ’86, Gs on my body
The new Gucci has less monograms, God’s got him
Let he without sin cast the first stone
So I built that all glass quad level first home
Shatter all of your misconceptions
Hold all of them missing weapons
You thought I would miss my blessing
The ultimate misdirection ya

[Verse 2: Jay Z]
Federico Felini in the flesh
Sergio Tacchini inside his mesh
Bitch I been brackin’ since the ‘80s
Google me baby, you crazy
’89 in London pull the Benz up
Type it in, Google’s your friend bruh
14-year drug dealer and still counting
Who deserves the medal of freedom is my accountant
He been hula hooping through loop holes, working around shit
IRS should’ve had the townhouses surrounded
Thanks to the lawyers
I marbled the foyer
I tore the floor up
Yeah, that’s for Koi fish
We been dining on oysters
I walk though the garage it’s like multiple choices
I told ‘em pull the Royce up
I’m getting ghost, I’m hearing noises
I think it’s the boys, but I been banking at Deutsche
We got storefronts, we got employee stubs
We been opening studios and 40/40s up
The paper trail is gorgeous
Cases we buries ‘em
Before Reasonable Doubt dropped, the jury hung
Bling bling
Every time I come around your city bling bling
My tenure took me through Virginia
Ask Teddy Riley ‘bout me
Ask the Federalis ‘bout me
Tried to build a cell around me
Snatched my nigga Emory up
Tried to get him to tell about me
He told 12, “Gimme 12”
He told them to go to hell about me
Drug dealers anonymous
Y’all think Uber’s the future, our cars been autonomous
Mules move the drums, take ‘em to different spots
We just call the shots by simply moving our thumbs
I’m a course of miracles with this shit
Nothing real can be threatened, nothing unreal exists
Herein lies the piece of God
I always knew I was a prophet, but I couldn’t find a decent job
Life made me ambidextrous
Countin’ with my right, whipping’ white with my left wrist
Daaaaaaaamn Daniel
FBI keep bringing them all white vans through