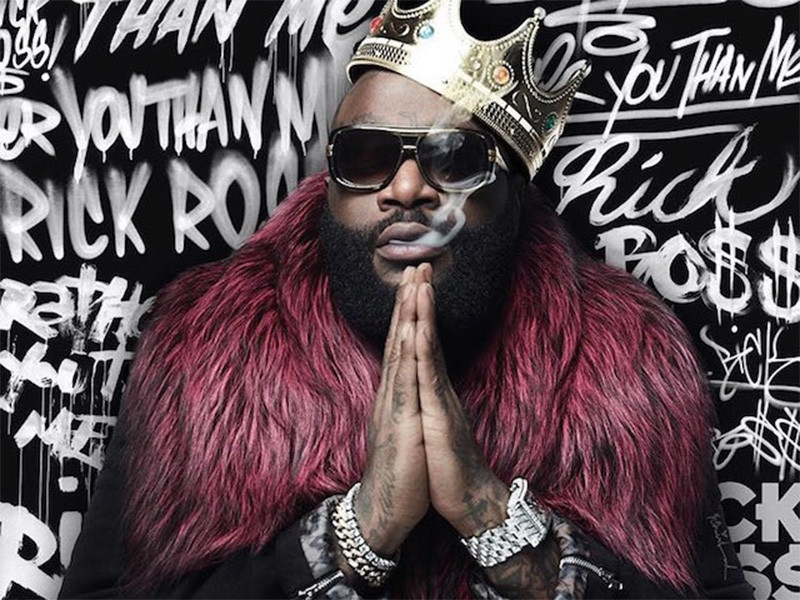 Rick Ross Releases “Rather You Than Me” Album

Rick Ross is back with his Rather You Than Me album.

The project is made up of 14 tracks, including the singles “Trap Trap Trap” with Young Thug and Wale and “She on my Dick” featuring Gucci Mane. Ross disses Birdman on the Chris Rock-assisted “Idols Become Rivals.”

Rather You Than Me is Rozay’s ninth studio album and follows 2015’s Black Market. The recent controversy around Snoop Dogg pretending to assassinate President Donald Trump is not a new phenomenon as the MMG Boss caused a stir when he rapped about killing the mogul on the Black Market cut “Free Enterprise.”

Stream Rick Ross’ Rather You Than Me below and keep scrolling for the tracklist and cover art.

Another day, another piece of the puzzle that reveals the full picture of Rick Ross’ Rather You Than Me album.

This time, The Teflon Don (Ross, not John Gotti) has released the full tracklist for album number nine.

Ross had previously listed the guest features for the project, but now we see that he’ll be joined by Future, Yo Gotti and Young Jeezy on “Dead Presidents” and that he’ll team up with Meek Mill and Anthony Hamilton for “Lamborghini Doors.”

Check the full track list below and scroll down for more details around the album, which drops March 17.

[This article has been updated. The following was first published on March 9, 2017.]

After recruiting his friend Martha Stewart to premiere the cover art for his Rather You Than Me album, Rick Ross is showing off more of the names in his contact list that will appear on his new project, which arrives March 17.

[This article has been updated. The following was first published on March 8, 2017.]

While Rick Ross is cooking in the studio, he enlisted his friend Martha Stewart to whip up the official cover art for his Rather You Than Me album, which is due out March 17.

The co-host of Martha and Snoop’s Potluck Dinner Party shared a picture of the cover art on a cake, of course, and posted it on Twitter.

And Rozay thanked his friend for doing the honors.

I luv @MarthaStewart! Thank you for debuting my album cover. #biggestboss https://t.co/nlWNXGDnKs

The two shared some steamy moments when Tha Boss appeared on the Snoop Dogg-assisted show and apparently kept in contact.

Check out the cover art for Rick Ross’ Rather You Than Me album below.

Rick Ross announced his ninth studio album, titled Rather You Than Me, yesterday (November 20).

The Miami boss wore a sweatshirt with the title of the project on it at the American Music Awards as he walked the red carpet.

Rozay also shared what seems to be the cover art for the project to his Instagram. Rather You Than Me will be his first release on Epic Records and is expected in early 2017.

Check out Rick Ross’ Rather You Than Me preview art below.