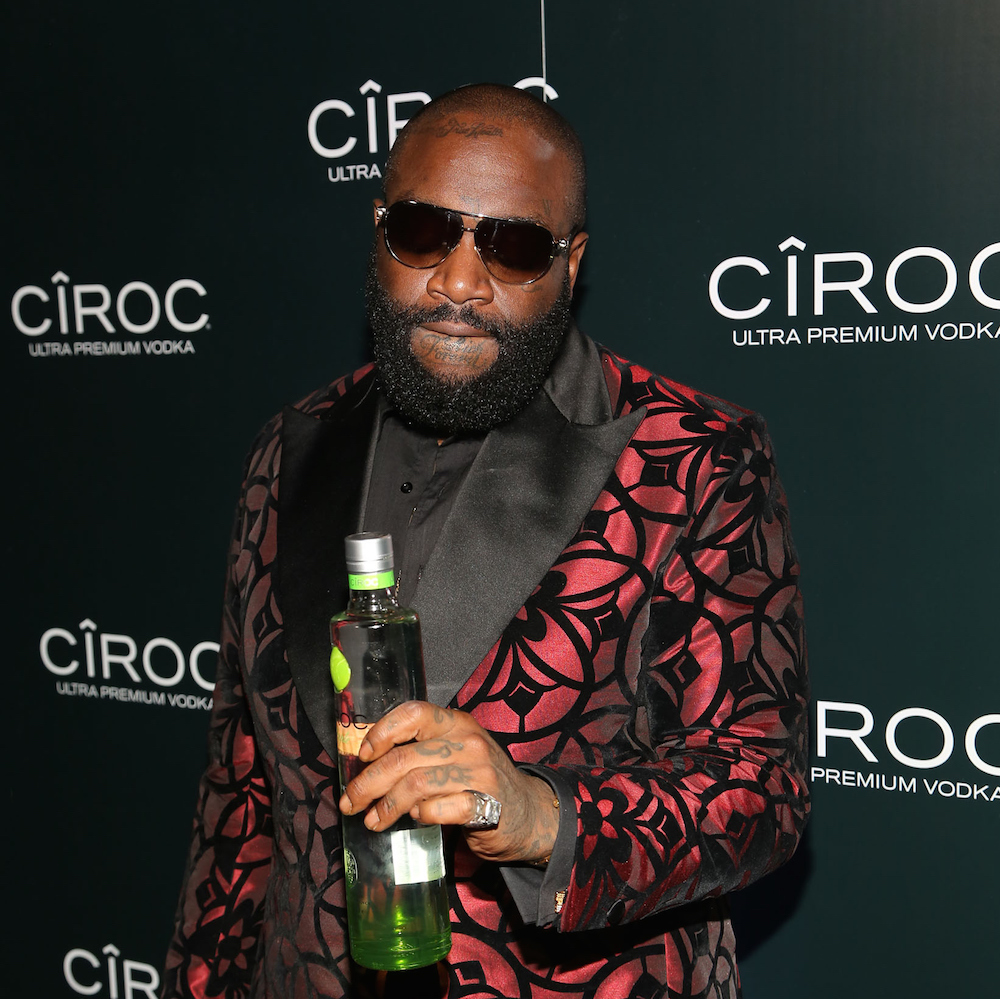 Rick Ross received criticism for threatening to kill Donald Trump on the Black Market cut “Free Enterprise.” There were reports that Wal-Mart pulled the project because of the line.

In a recent interview with Rolling Stone, Ross explains the meaning of the lyric, “Assassinate Trump like I’m Zimmerman / Now accept these words as they came from Eminem.”

“I would never advocate violence on Trump or anyone,” the Miami rapper says. “It’s lyrical assassination. That’s me being a poet, putting words together in my art form, with no violence in my heart at all. Clarify that. Matter of fact, my cameraman was Trump’s caddy at his golf course for five years, and he says Trump is cool as fuck.”

He is asked if Eminem gets away with more violent content than other rappers because of the color of his skin.

“I think that’s a huge possibility,” Ross says. “That’s why I said that line, so maybe this question would come up. But I’m not really into a White-Black race card. Some of my best friends are White.”

“At this point, my relationship with Curtis is really amusing, due to the fact that I’m the biggest L he ever took,” Ross says. “I’m still enjoying life. My kids love me. I’m blessed. And when it comes to Curtis, it’s just unfortunate.”

The Miami rapper says that he is “not happy” for 50 Cent for several reasons, including his SMS Promotions company filing for bankruptcy, his personal bankruptcy and his strained relationship with his son, Marquise.

Rick Ross Says He Is A “Star Wars” Fan

Rick Ross also explains being a fan of Star Wars. The saga released Star Wars: The Force Awakens, the seventh installement of the saga, in December.

“I got an eight-inch Darth Vader on my left side, man,” the rapper says of one of his tattoos. “And my favorite car out of my entire collection is a ’57 Chevy that I named Vader. I had it totally restored.”

Ross says that growing up, watching Star Wars was a family affair.

“My father watched all the Star Trek and Star Wars that you could imagine, along with the martial arts,” he says. “So I was into all that as a youngster, and I always rooted for the bad guy.”

Read the entire interview of Rick Ross talking about his Donald Trump line, 50 Cent and Star Wars at Rolling Stone.