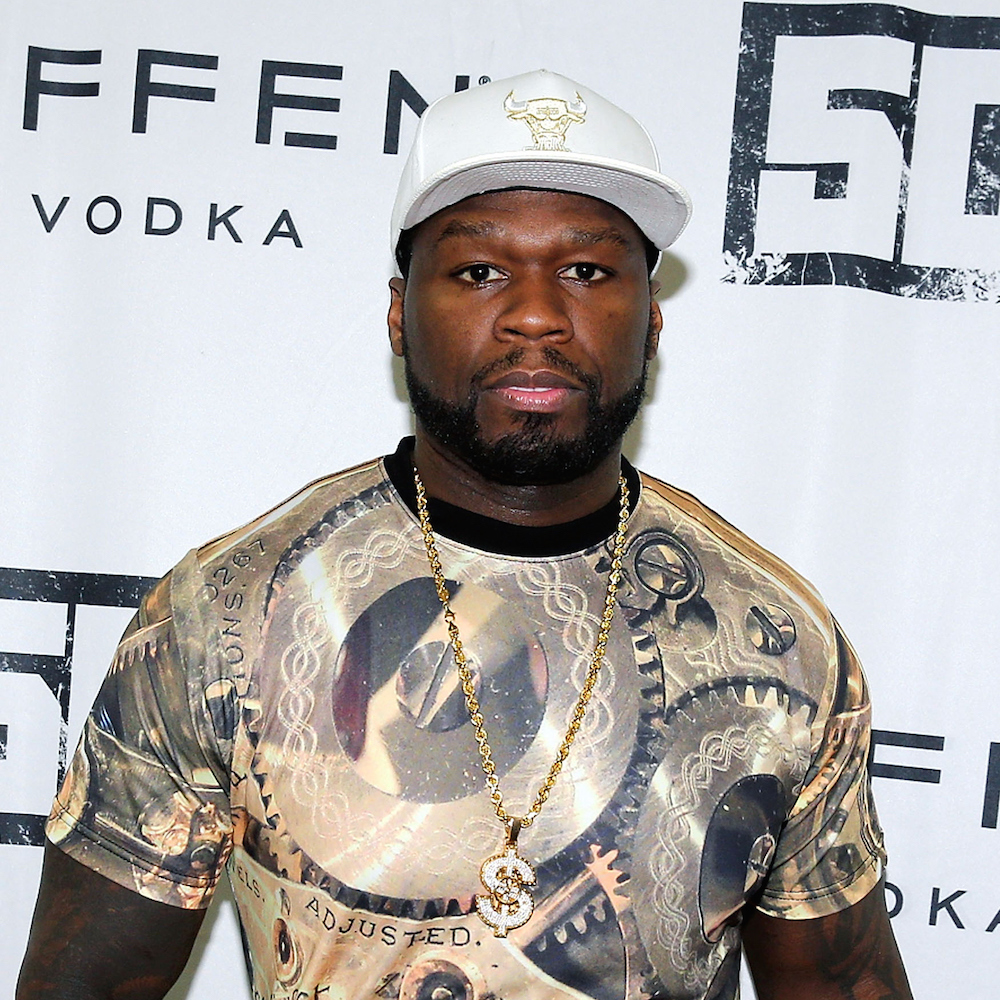 50 Cent and Rick Ross continued their Instagram battle after deleting the initial pictures of a T-shirt with an image of Rick Ross’s chest.

50 Cent posted multiple pictures of Rick Ross, one of him in his police uniform when he was a correctional officer. In 2009, the G-Unit rapper dissed Ross with “Officer Ricky” when the Miami rapper’s past employment in law enforcement was discovered.

In the new Instagram post, 50 jabs at Ross’s arrest for allegedly beating his grounds keeper and at his engagement to Lira Galore.

“Ok this is a good movie ? a correctional officer who raps like a drug dealer till he believes it,” the caption says. “then kid naps and beats his grounds keeper as his record sales dwindle to nothing. So he marries a 22 year old stripper his crew already ran threw.to make sure someone will visit him. LMAO ☕️? wait I want to buy the movie rights.”

Ross responds by posting a photo of a group of cars and saying that 50 Cent’s son applied for an internship with Maybach Music Group. 50 Cent’s older son, Marquise Jackson, has expressed that he has a “strained” relationship with his father.

“@50cent your son applied to be a intern at @untouchablemmg and it Will be processed,” Rozay writes. “As you well know I got 40 cars/200 acres and a mower w/ his name on it. #ImWhatYouUsedToBe #BLACKMARKET Dec.4”

The G-Unit rapper lashed back at Ross and commented on the photo, which was captured by The Shade Room.

“That wasn’t a good idea,” he writes. “When I get back you got say this to my face girl. I’m a make it easy I’ll come wherever you at bitch now see if puffy or anyone can help you now. No more to say see you soon.”

@50cent your son applied to be a intern at @untouchablemmg and it Will be processed.As you well know I got 40 cars/200 acres and a mower w/ his name on it. #ImWhatYouUsedToBe #BLACKMARKET Dec.4??

(This article was first published on November 6, 2015 and is as follows.)

50 Cent made fun of Rick Ross today by posting a picture on Instagram of a shirt with an image of the Mayback Music Group rapper’s chest.

“I ain’t have nothing to do so, #EFFENVODKA #FRIGO #SMSAUDIO#nomorepuffyjuice #nobumjuice over here,” 50 Cent writes for the caption. “I’m selling these for $2.95.”

Rick Ross saw the picture and reposted it, thanking his rival for promoting his forthcoming album, Black Market. He also references 50 Cent’s filing for bankruptcy in July.