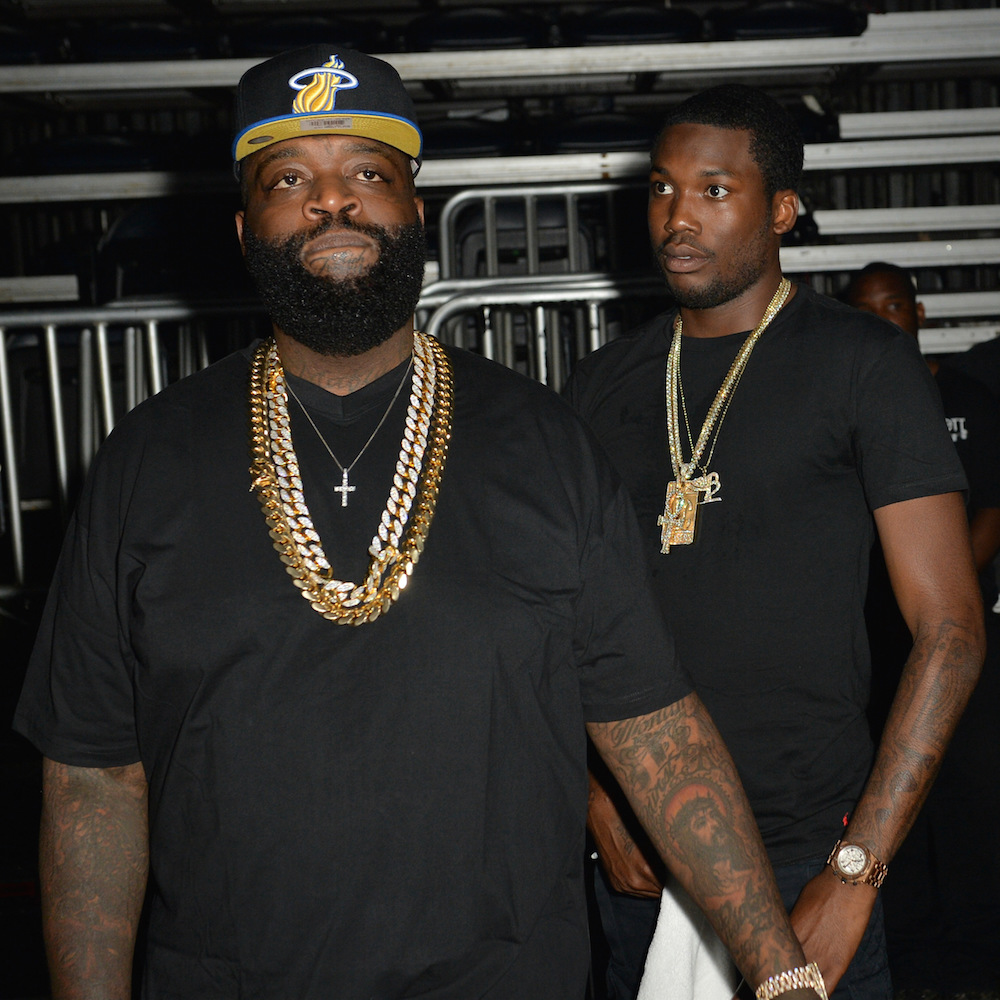 Rick Ross is preparing the release of his Black Market album. His MMG rapper Meek Mill released his sophomore album, Dreams Worth More Than Money, this summer and quickly got himself embroiled in a beef with Drake after alleging that the Toronto rapper enlisted a ghostwriter for his verse on the project.

Rick Ross spoke with MTV on the set of the music video for Black Market‘s first single, “Sorry” about the advice he gave to the Philadelphia rapper.

“You do what you wanna do,” the MMG boss says . “You express yourself with your music the way you want to do it whenever you’re ready to do it.”

Ross also details his mindset when he was involved in a battle with 50 Cent.

“All I was saying [at the time] was, ‘Obviously, these people don’t know me,'” he says. “‘They don’t know I will jump out of a 50-story building for what I believe in. They don’t know. I’ma never stop. I’m a problem.’ That really was my mindset. I don’t fear nothing.”

Elsewhere in the interview, the Miami rapper describes the maturity of Chris Brown, who is featured on “Sorry.”

“My homie really healing himself,” he says. “That’s a young boss. When you go through something with someone that you forever will care about, sometimes you gotta discuss it. As fans, that’s what we gotta respect.”