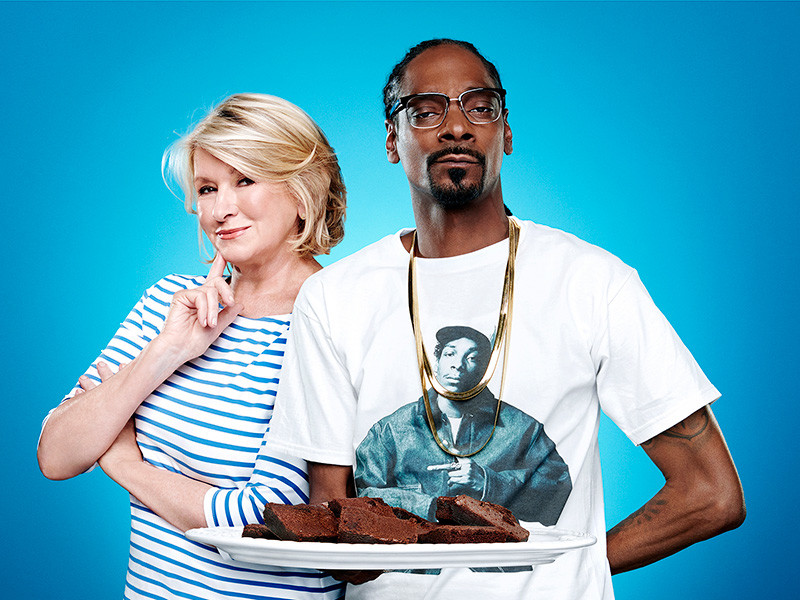 It was an idea so crazy it had to work and apparently it has. VH1 has given the official order to renew Martha & Snoop’s Potluck Dinner Party, the new hit series that showcases longtime pals Snoop Dogg and Martha Stewart hanging out it in the kitchen and cooking for a variety of celebrity guests. So far in its first season, the likes of DJ Khaled, 50 Cent, Ice Cube, Wiz Khalifa, Rick Ross, 2 Chainz, Chris Bosh and Ashley Graham have all checked in for the gourmet cooking and high-end contact smoke.

In a recent interview with AdWeek, Salsano explained how such a silly premise for a show actually resonated with viewers, unlike the dozens of newly introduced programs that don’t make it past one season, attributing its success to the stars’ actually relationship.

“Martha and Snoop genuinely know each other,” she said. “It wasn’t like one of those crazy Hollywood random pairings where they just throw people together. They were each looking out for the other side, like a unified front.”

“Originally, we’d just thought of a crazy celeb cooking show, but once their names came up, there was no coming back,” she added.

According to Variety’s figures, the opening episode debuted to three million total viewers, all but ensuring that it could stick around for at least one more season.

Martha & Snoop’s Potluck Dinner Party airs on VH1 on Mondays at 10 p.m. ET and it looks that will be the case for a little while longer. Check out a clip from the latest Thanksgiving episode “Ruffling Feathers” down below.