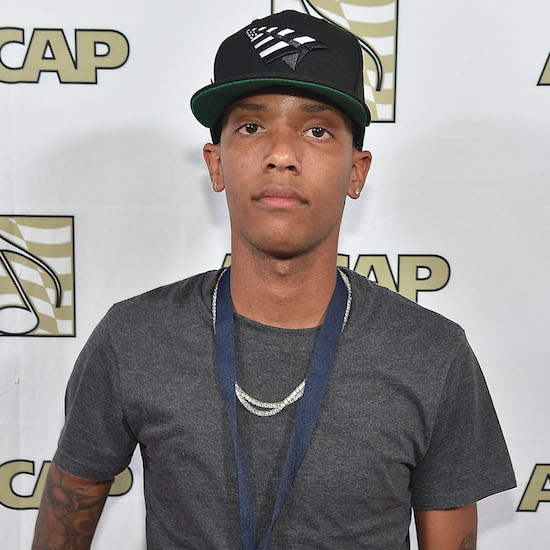 “With Meek, we created our styles together,” an honest Jahlil Beats says during a quick telephone conversation before he flies out to handle business. One conversation with Meek Mill’s Philly brethren really sets in how deep both personal and creative relationships are with Hip Hop’s current favorite punching bag. As Mill went on to the big leagues, Jahlil’s production career flourished significantly after his first breakout moment with “Ima Boss.” When he wasn’t basking in the glory of signing to Roc Nation, his biggest hit date came in the form of Bobby Shmurda’s “Hot N*gga.” Of course, that victory became bittersweet as Shmurda found himself in prison for various criminal charges. Even production duties on last year’s success of “Oh My” helped land Compton emcee Boogie a deal with Interscope. There’s no doubt Jahlil is becoming a consistent producer in his own right.

Taking time to speak with HipHopDX, Jahlil breaks down history with Meek Mill and talks his label Tandem Music Group.

“With Meek, we created our styles together. If you listen to a Meek Mill track, you know he flows the best on my beats and my stuff goes the best with his verses. It’s pretty much something we created together. When we started off, we were making club music if you followed us. The streets were talking like all we made was club music. Then we switched it up which lead to the “Ima Boss” sound.  Meek and I got some tracks on Dreamchasers 4 and that’s coming real soon. Meek and I are like destiny.”

“Our old manager Charlie Mack executive produced that movie and Jamal Hill directed it. I think he’s working on that right now. It’ll be crazy. I told them I didn’t want to be in there and get chumped. They put me in the movie and let Meek chump me. Everybody is talking about that movie right now.”

Riding With Meek Mill “Until The Wheels Fall Off”

“Let me put this out there, he’s not worried about none of that. He’s definitely good. He’s not worried about none of that. We know what we’re up against. He knew what he was up against. He’s the bad guy right now and it is what it is. He’s not sweating it or stressed. The situation he had with Drake was just Hip Hop. Honestly, the attention helped me out. Sometimes, it’s good publicity. I haven’t had anyone ignore my phone calls. I just produce. And honestly, it is what it is. I’m riding with Meek until the wheels fall off. It’s not about relationships with these other people. As long as I can make music with my mans, I’m good.”

“I Just Wanna Know” Being Looked Upon As A Disappointment

“The situation with the WWE shutting us down was a rumor. I guess in a statement they were looking into it. It wasn’t anything where I was going to get sued or anything because we didn’t put it up for sale. We live in an era where everything is trendy. It’s cool to bash somebody. Just look at what happened following the Kanye and Taylor Swift situation. Why would you hate good music when all that other stuff will go away. It’s a competitive game. Everybody wants the crown and if you don’t, you’re a fool.”

Keeping Up With Bobby Shmurda

“I haven’t gotten a chance to speak with him but I’ve been representing him hard on social media. I’m keeping him in my prayers, it’s a crazy situation. Unfortunate that he had to deal with that at the peak of his success. Well, we don’t know if he was even at his peak. Him being so hot and having that happen is sad.”

“Ima Boss’ got me with Roc Nation because Jay Z was a huge fan of that at the time. That’s what it was. They reached out to me and gave me and my manager an offer I couldn’t refuse. I’m still rocking with them and on my third deal with them over there. That’s most definitely in the works. We got some records that never really surfaced. I don’t know if he’s working on an album, but I know Jay is about to start dropping music soon. You never know with him.”

Success Of “Oh My” With Boogie

“If you follow me, my favorite thing is to find the young dudes that are coming up that’s hot so I can make that special record. Working with established artists isn’t really that special. Breaking the new artists is a bigger impact to me. I always love to work with the new guys. I want to take something and then blow it up so they can get that deal. I know Boogie does him, but he comes to me when he wants that joint to ring on in the club or in the streets.”

“That’s [Torae] my dude. It’s good that it’s some spittas in 2016. He represents real lyricism. I feel like him Skyzoo are underground but almost overground. When it comes to my production style, I went to school at American InterContinental University in Atlanta in 2007. Just going out there and understanding the different cultures. They don’t play much East Coast music out there and I learned a lot from there. I use to try to sell beats while I was out there and I had boom bap beats. They weren’t really getting down with that so I changed my style up. This led me to intertwine both of them. East Coast samples or maybe melodies mixed with Southern 808s.”

“I got a few on the new Slaughterhouse project. On one track, I co-produced with Araab Muzik and another with Frank Dukes. I just started my label Tandem Music Group. We have a single with Rick Ross coming. I got a lot more that I can’t speak on at the moment. We just had an artist sign over to Steve Aoki’s Dim Mak. His name is Bok Nero and he has a record coming out with Kid Ink. Both of us are going to hop on Aoki’s tour. That’ll be a big look. I think in 2016, I’m not going to speak too much. I’ll let the music speak for me.”