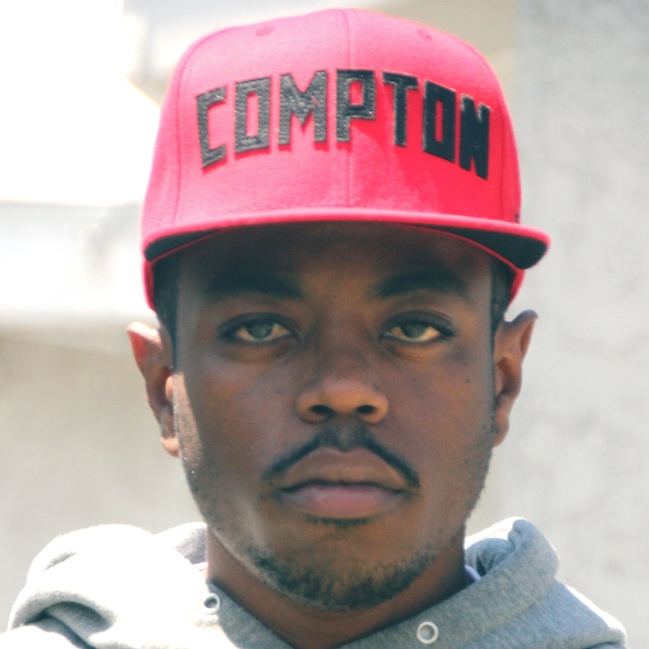 The Emotional Journey Of Boogie From Gang Life To “Oh My”

The story is consistent with rappers from Compton: Poverty, gang violence, less opportunities, no hope and pure nihilism; nothing new. Going as far back as Eazy E and Dr. Dre to present day luminaries Kendrick Lamar and YG, life within Southern California’s “Hub City” is still burdened by the same systemic problems. Getting out physically or even mentally is damn near impossible. Some can only hope spiritual intervention comes through for some form of relief. That’s what the single mother of Anthony Dixson thought when she started having him attend First Evergreen Missionary Baptist Church. There, he found a passion for music but also, a friend who eventually introduce him into life as a Blood. Years down the line, Dixson has been creating quite a buzz for himself through moniker Boogie and his breakout single “Oh My.” Both anthemic turn-up and visceral testimonial, it’s no wonder why Complex sited the track’s potential for song of the summer. “It’s a relief but I don’t get caught into that too much because I know I’m getting better and things are going to come,” says Boogie in a back-house shack/extremely efficient recording studio in Gardena, CA. “I love the attention, I’d be lying if I said I didn’t but I don’t get caught up in it.” Figuring out his philosophies are difficult until one realizes his objectives of outward change through individual responsibility.

When DX catches up with the 25-year-old, he’s working on music for his upcoming project The Reach. The follow-up to his 2014 mixtape Thirst 48, a mixtape which on the surface told a narrative of a young man thirsting after a girl he considered his best friend of ten years. Looking deeper, Boogie delivered biting commentary on social media narcissism. Thirst 48 was dense, somber or the complete opposite of “Oh My.” One listen to “Bitter Raps” proves just that. According to Boogie, he sees himself as a lot more aggressive than ever. The source of that fire is the small amount of notoriety that came from his success and bullshit that came along from some people around him. “What was frustrating to me after Thirst 48 is that some of my friends started acting different,” he explains. “Of course, you want to open the door for your friends but when it’s people trying to ride on your wave without working… Because I got great homies and lazy homies.” Those same homies are seen mobbing with Boogie in the Jack Wagner directed “Oh My” video shot in various locations throughout Compton. “I just have a good support system and a bunch of homies who fuck with me out here,” he says of the video current at 300,000 YouTube views less than a month after release. “That’s the benefit of being real.”  If Thirst 48 was his views and opinions on what he calls the “thirsty generation,” The Reach has him looking inward into his past, flaws, insecurities and life on the cusp of true notoriety. One look at Boogie, it’s clear that honesty comes from a real place.

“I’m not going to act like I was a dude out here super turnt up banging on everybody,” Boogie says of his life living off Compton’s Piru street. “I’d be a punk not to say where I’m from if I was raised over here. You just get put in those situations.” He had a front-row seat to the consequences of that gang life. “Seeing your homie get killed is bad; What really tops seeing getting killed,” he ask. So entrenched in the lifestyle, even getting shot in the foot never stopped him. However, one life changing even did. “I got my baby momma pregnant at 19 and he was born when I was 20,” Boogie says before praising his baby mother’s excellent parenting. “It should have changed when I got shot because I found myself on some revengeful shit wanting to find the ones who did it to me but I realized, life is way bigger than this.”

Growing up without a father, he totally understood his responsibility. “I think that’s why I be frustrated with my father to this day even though I don’t talk to him,” says Boogie whose name originates from Paid In Full character and factual Harlem hustler Ace Boogie. “People say I should mend that relationship but it’s tough because I seen my momma struggle my whole life and it’s not her job because she didn’t bring me into this world by herself.” Maneuvering through the world a parenting is difficult for anyone coming from a two parent home, let alone from a single parent. Regardless of whether or not Boogie was prepared for parenthood, his upbringing insured he wouldn’t repeat the absentee father cycle. “Nothing can stop me from being a good dad.” A quick peek at Boogie’s Twitter and Instagram feed is more than enough proof of his genuine love for his own.

Boogie is well aware of the societal stigmas that come with being raised by a black single mother. Doesn’t help that outside of his older brother, who left to do his own thing, he didn’t have any male figures he could look to. “That’s probably why I’m so in touch with my emotional side too,” he says. “I have no problem with crying front of people when I feel some type of way because I was raised around a woman my whole life.” Call him “soft” or “feminine” but those preconceived notions in post-Kanye West Hip Hop mean nothing considering his background. “I feel like dudes now a days a afraid to express their emotions or say they feel a certain type of way because they’re going to be looked at as a punk,” Boogie explains. “If you say you’re a real man, a real man is someone who isn’t afraid to do that.” If Thirst 48 found him lyrically being in his feelings, The Reach is him doubling down on that while sonically venturing out. The best example was an early sample of a track featuring the hook “daddy’s out here hurtin” and  has him giving a heart-to-heart with his son. Those experiences have given him a newfound sense of consciousness on masculinity. “All these people be trying to be super tough because every rapper be saying they in the trap,” he says. “The niggas that be really in the trap don’t even want to be there. It’s all just backwards out here to me.” It was a little over a hundred years ago where black men were seen as emotionless animals. Let some tell it, they still are. Leave it to Hip Hop in furthering a much needed conversation of such complexity. Boogie may just be one more voice in the reclamation of humanity for black males.

That’s not the only balance Boogie plays in terms of Compton Hip Hop. Creativity, he sits between the pro black concepts of high art Kendrick Lamar occupies and ratchet epic YG covers.  “YG helped bring out my rachet-ness and I feel like I needed it,” Boogie describes his creative appreciation. “Kendrick, I’d be lying if he didn’t make me rethink my takes and work harder because I’m inspired by the shit he do. Nipsey is a genius the way he looks at his business.” For someone who found himself baptized in West Coast Hip Hop, Gospel and R&B, he’s attracted respect from Lamar, Kurupt and E40. “I appreciate what the West Coast is doing more than ever,” he says. Being a millennial artist, he obviously finds himself flipping constantly between sing-sung melody and bars. There’s a captivating quirk involving his lisp that’s become damn near his signature; something he use to get shot on about a lot at one point. “I was overthinking the way I was rapping trying to catch my lisp or block it but I’ve been getting so many compliments on it,” Boogie says. “It’s the tightest shit ever and I’m glad I got it. I didn’t grow to appreciate it till 2014.” For every track like “Oh My,” tracks giving deep social commentary like the Keyel-produced “Further” which is inspired by the 2013 death of six-year-old Tiana Ricks outside her Moreno Valley, CA residence, allows a layer of balance.“ I hate when people tell stories and leave out their flaws as if they’re this perfect dude,” he says. “I’d be lying if I just gave a project preaching to this generation and not telling my ignorant side.”

A over a years ago, Boogie was living off financial aid from his year spent learning record engineering and his EBT card. That was all before the Lakewood High drop-out acquired his GED. Quitting his job at a Samsung warehouse two months before Thirst 48 dropped, he was facing the challenge of getting himself heard, leaving gang life behind and being a parent. “Like fuck this, I’m not finna slave for the rest of my life,” Boogie explains. “I rather chase my dreams and be broke then to get complacent not doing nothing.” Avoiding complacency has been a lifelong objective for Boogie.  He’s helped break the mobius ring of gang violence and absent fatherhood by changing himself. His next goal, ensuring he doesn’t implode on the hype.