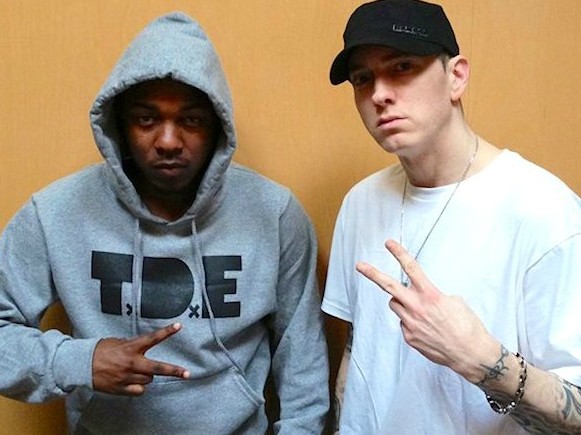 The past few years have proven that the Hip Hop album is as strong as ever. Even in the streaming era, artists are churning out quality full-lengths at a dizzying pace. Sometimes it can be hard to keep up. That’s where we at DX got you — below is a list of the 17 most anticipated Hip Hop albums of 2017. We’re a little late with this list, but since the first month of the year was virtually a barren wasteland for music, we didn’t miss too much. Mark your calendars.

Ross announced in November the title of his ninth album, which will be his first on Epic Records. He is coming off the release of the solid Priorities 5 mixtape, a Maybach Music Group compilation. Prior to that, he released Black Market in December 2015. The album was his worst-selling to date, clocking just 75,000 units, so he’ll be looking to redeem himself sales-wise on the follow-up.

Underground favorite Oddisee is set to continue his incredibly prolific output with another album, to be released February 24. The introspection on the self-produced, uptempo “Things” betrays more masterful lyricism on this go-round. Fans can pre-order the album on Oddisee’s Bandcamp page and get Insta Grat songs.

The road to DROGAS Light has been eventful. Lupe canceled the album in December after backlash over one of his rhymes led to him announcing his retirement (again). He soon went back on that claim, announcing a February 10 release date for the album. The album has 14 tracks and is available for pre-order on iTunes, with three Insta Grat tracks ready for download.

Thugger has released a whopping 16 mixtapes since 2011, but he still hasn’t released a proper album (though the line between the two is almost non-existent these days). Hy!£UN35 was announced way back in 2015, but still has yet to see the light of day. Back in November 2015, Thug expressed desire for frequent collaborator London On Da Track to produce every track, but little else is known about the album. One thing is for sure: with Young Thug involved, it won’t be boring.

Things have been going well lately for the Badmon. “Devastated” was his first-ever Gold-certified single, building buzz for his sophomore album. Joey is a true throwback, not only in his boom-bap sound but also in his perfectionist work ethic. That explains the album push-backs, he said in November. However, he also said that fans can expect the follow-up to B4.DA.$$ at the top of the year, which means we should expect to hear from him very soon.

This kid has been known as much for his comments off the mic as he has been for his songs. While Yachty made a splash with singles “One Night” and “Minnesota,” he angered many Hip Hop heads by calling The Notorious B.I.G. “overrated.” That means fans on both sides of the Yachty debate will be checking to see if his own debut album is worth the price of admission or something worth arguing against.

When Freddie Gibbs teamed up with Madlib for [Cocaine] Piñata in 2014, hardcore Hip Hop heads everywhere rejoiced and critics hailed it as one of the year’s best albums. It makes sense, then, that a follow-up is being fiended for like sci-fi heads over a new Star Wars flick. Madlib revealed last May that many of the beats from the album were shopped around for Kanye West’s The Life of Pablo, only adding to the intrigue.

Grand Hustle signee Travis Scott ascended into superstardom conversations with last year’s Birds in the Trap Sing McKnight and, specifically, the smash single “Pick Up the Phone” featuring Young Thug. The album skyrocketed to No. 1 on the Billboard 200 albums chart and went Gold. Little is known about the follow-up, save that it’s due out this year, but fans can likely expect more of Scott’s soothing robo-rhythms.

A sequel to a classic is a very tall order, but if anyone can pull it off, it’s Ghostface Killah (after all, he helped Raekwon achieve the same feat with Only Built 4 Cuban Linx…, Pt. II). In 2015, Ghost revealed he has had 80 to 90 percent of the album completed since 2011. Expect more of the avant-garde lyricism that dominated the original. Tony Starks is also teaming up with Doom for a project that is a backpacker’s dream come true. Although both projects were slated to be released last year and didn’t come to fruition, it seems they’ll finally be released in 2017.

He doesn’t drop classics like Kendrick. He doesn’t make the girls swoon like Drake. And he doesn’t have J. Cole’s cult following. But Big Sean has been consistently one of the stronger rappers in Hip Hop for the past five years, mixing witty punchlines with ear-grabbing singles. Expect that trend to continue on I Decided, his fourth album which comes out Friday. The album is led by his 2016 HipHopDX Top Song entry, “Bounce Back.”

Controversy and doubt still swirls around what would be Weezy’s final album on Cash Money Records. Does Martin Shkreli actually have the real version of the album? Will Birdman ever let Wayne release the fifth installment of his wildly popular series? Birdman said last month that the album is “definitely coming out,” to which Wayne replied that he’s “full of shit.” If it does come out, fans will be clamoring to see if the album we’ve all waited so long for was worth the wait.

In the past year there have been rumblings of a new Jay-Z album. In fact, it seems like everybody has something to say about a new Hov album except Hov himself. Jermaine Dupri said in July that the album “might be done” and that he knew the album’s title. Vic Mensa, a Roc Nation signee, called Jay’s new music “fresh as fuck.” Jay heated up several songs last year, including a remix of Fat Joe and Remy Ma’s “All the Way Up” and “Drug Dealers Anonymous” with Pusha T. If his new album sounds anything like those features, we just might be in for a Shawn Carter takeover in 2017. Unless parenthood becomes a top priority.

Nas album done. We know that from the sizzling track off DJ Khaled’s Major Key announcing a new Nas album. QB’s finest won’t divulge an album title or a release date (much as we tried to get it out of him), but Nas said in an August interview with HipHopDX that he’d been listening to Otis Redding and Frank Sinatra, and that he’s in his zone. One thing is for sure, when Nasty Nas drops, everybody pays attention.

He says it’s a playlist, not an album. Whatever it is, it’s a new body of work from Drake that will have the internet going crazy. And as he revealed at a recent show in Amsterdam, it’s going to drop in the next month. He previewed a song at the show featuring London MC Giggs that showcased bass-heavy production and Drake rapping in a choppy flow. Drake fans and haters alike, get your meme generators ready: Drizzy season is finna be in full effect.

Kanye West the man had a very difficult 2016. Following the choppy rollout of his critically acclaimed The Life of Pablo, Yeezy’s life spiraled out of control. His wife, Kim Kardashian West, was robbed in Paris, and following that Kanye was admitted to a hospital’s psychiatric unit for exhaustion. Not long after being released, he went blonde and met with Donald Trump, a move that had many in the Hip Hop community scratching their heads. Troubled times often can be turned into great art, and it will be interesting to see what Kanye can cook up on his newest offering. The album is set to be released this summer and is named after one of Yeezy’s favorite gaming consoles from his childhood.

Eminem’s last album found him bleaching his hair blonde again and retracing his steps with The Marshall Mathers LP 2. The move was a risky one, but it worked, and now it will be interesting to see where he goes from here. His lyrical gymnastics on “Campaign Speech,” a nearly eight-minute song released in October 2016, prove he hasn’t lost a step when it comes to wordplay. Details on the album are scarce, but when he’s ready, Shady will drop the bomb we’ve all been waiting for.

The greatest rapper of his generation has released three classic studio albums in a row, so anticipation for his fourth studio album couldn’t be higher. There also was that little thing called untitled unmastered., featuring unpolished tracks that were hotter than most rappers’ studio album cuts. In a GQ Style interview in October 2016, Kendrick had this to say about his newest album: “It’s soon. I have ideas, though. I have ideas and I have a certain approach. But I wanna see what it manifests. I wanna put all the paint on the wall and see where that goes.”

Check Out Release Dates For All Other Upcoming 2017 Rap Albums Here!