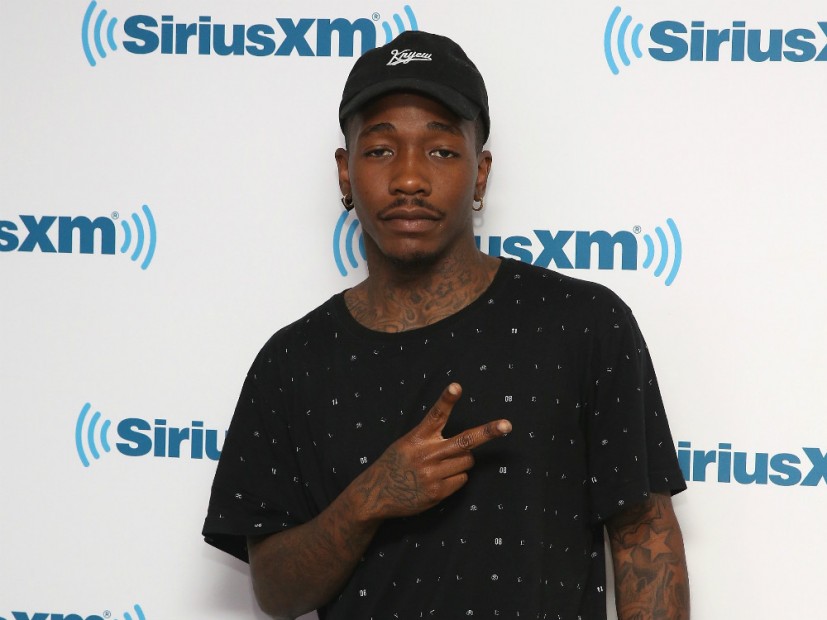 Dizzy Wright defends Damien Ritter in the midst of Hopsin’s Funk Volume fallout. The Las Vegas rapper took to Facebook to share his thoughts on his former labelmate leaving and starting his own Undercover Prodigy company.

“I don’t think y’all want to know how I REALLY feel about this Funk Volume fallout but, because so many people keep asking me, I will just keep it 100 with y’all,” Wright says. “First off, Dame Ritter is still my manager and will continue to be my manager because I’ve never endured the same problems that Hopsin is talking about. Y’all really don’t know how much this man has done for that label and you’re calling him names and disrespecting the man that did everything in his power to bring us together as a unit. I fucking witnessed it for 4 years. I’m still mind blown that his name got dragged through the dirt like that. Y’all must think that this shit is just making music and doing music videos ? There’s so much more to this game and if you want to be a successful artist u have to have a healthy team around you who is willing to go the extra mile. Hop may not see it now, but Dame went the extra mile for all of us numerous times and he just overlooked it.”

In January, Hopsin announced his problems with the Funk Volume co-founder on social media. Then, last week, the Pound Syndrome rapper released “ILL Mind of Hopsin 8,” in which he announced his official departure from the label, claiming Ritter took advantage of himself and the other artists. Wright denies Hopsin’s accusations and suggests that Hopsin’s wild persona and pressure from his fans led to the fallout.

“Even when Hop was out there acting crazy, going on Kanye rants, quitting rap, and all kind of shit. We stood by that nigga because what’s a label with no ‘loyalty’ ?” Wright says. “Of course Dame hasn’t done everything right but who fucking does ? This has been a learning experience for all of us and we knew it wasn’t gonna be easy but I will say this: Dame has always been open and transparent with me about everything. I have no idea why Hopsin didn’t receive the same treatment but we are two different people who come from two different worlds. Or maybe he did ? maybe it’s the fans fault, maybe if y’all didn’t push him in a corner and make him feel like controversy was his way to blow up, we could of handled this. Maybe he’s doing this for y’all, maybe he’s tryna give the fans what they want, why were y’all ever involved ? Why did he run to y’all ? Is the Internet even real ? idk but I do know that I watch a lot of you turn your backs on the movement, the same movement y’all didn’t want me apart of so much, that I had to work my ass off every year to represent. I’m watching these so-called fans disrespect the movement that I got tatted on me for life. I seen how fake the world can be and trust me when I say I’ll never put my fucking energy into something that someone can just walk away from again. We were suppose to fight for our label and our legacy and because of the “FANS” that will never happen. So there u have it‪#‎BlameTheFans‬ if you gone blame anybody because y’all worked against us when we needed you the most. On another note, I appreciate the real ones who supported us. I appreciate everyone that ever came to a funk volume show. I appreciate everyone that ever bought a meet and greet ticket. Your love on the Internet will never compare to the love you showed us in real life and I appreciate what that label taught me and I pray the ones who have a watched me come this far, continue to grow with me and support me. This journey changed my life. In a nut shell, I left the label with the good memories not the bad ones and that’s how I feel. PS. I’m not gonna live in the past this is my last post about FV. I wish my brothers Hopsin , SwizZz and Jarren the best with good health and great wealth. We had one hell of a run. ‪#‎NeverForget‬”

Wright then comments on his post, clarifying that he does not mean to offend Funk Volume fans, but instead clear Ritter’s name from Hopsin’s accusations. Among the disses on “IllMind 8” were the rapper comparing his former business partner to Jerry Heller, N.W.A‘s manager who ran the business of the group with Eazy-E. Ice Cube left the group after it released the Straight Outta Compton album because he said Heller did not properly compensate him.

“I’m gonna say this because I see #BlameTheFans is pissing some of you off,” Wright says. “Although I know I wasn’t talking to all the fans I’m just going to clarify it and let y’all know I’m putting the blame on anyone who called themself a fan and turned around and dissed “The Funk Volume Movement”. And I say that because a lot of you don’t care about Funk Volume, only Hopsin, and I guess I understand that. But essentially y’all are telling a man its ok to walk away from his OWN label instead of keeping the one he started. Y’all don’t understand that it was a team effort to build this label. And I also don’t see how this is anything like NWA because Hop would be Eazy E simply because he owns the label but y’all making it seem like he left like Ice Cube. This is nothing like NWA. Hopsin can’t be Eazy and Cube. I know I pissed some people off but all I can do is be honest. I also want to say, to the people who can only support the music and watch the videos and weren’t able to catch a show, I apologize for my statement. Your support means just as much. There’s just so much negativity on the Internet, you know how it is, it’s hard to know what’s real and what’s not. Anyways I know I said I wouldn’t speak on this again but I’m ready to move forward from this in a positive way.”

Wright first addressed the Funk Volume fallout with HipHopDX last month when he suggested Hopsin became upset over a miscommunication. Hopsin denied this and said that everything was communicated clearly from his perspective.

I don’t think y’all want to know how I REALLY feel about this Funk Volume fallout but, because so many people keep…