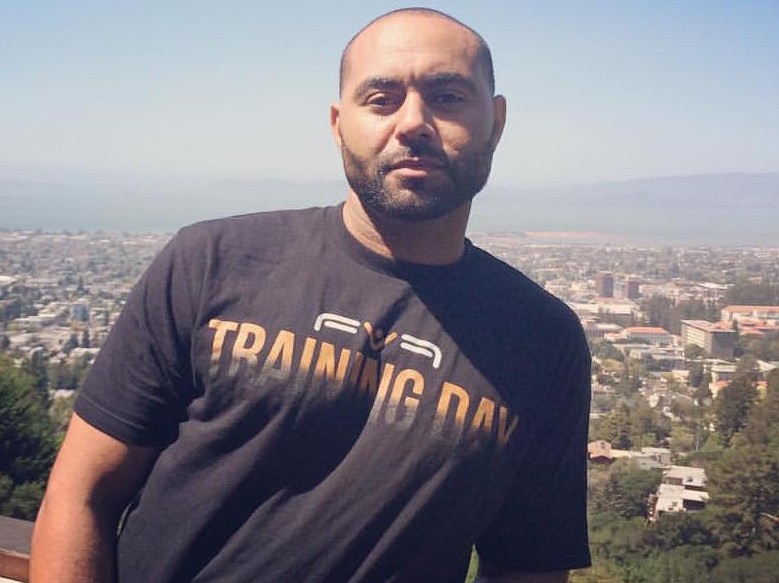 In the song, Hop says that Ritter was “biting the hand that was feeding you” and his multiple roles of manager, label owner and accountant are “tricky.” Hopsin also disses Ritter’s Funk Volume Fitness initiative, claims Ritter has gambling problems and compares Ritter to Jerry Heller, the N.W.A manager with whom Ice Cube had a financial disagreement that led to his leaving the group.

Ritter says today that his hand was somewhat forced to discuss the dissolution of the label he and Hopsin started in 2009.

“This is not something that I’m happy to do,” Ritter says during his spreecast. “It’s something that’s actually pretty painful. Funk Volume has been my life for the past seven years.”

When he and Hopsin started working together, Ritter says he paid Hopsin’s rent early on and that he would drive the crew around the country for shows, mail out the merch orders and handle all of the business for the company.

The imprint’s growth led to a deal with Warner Bros. in 2015. “Funk Volume got to a place that was something special and I feel like we were just on the brink of something even more special with just a little bit more work and a little bit more patience, but unfortunately things unfolded,” Ritter says. “There was miscommunication.”

During an exclusive interview with HipHopDX yesterday (March 7), Hopsin said that the break-up was fast. Ritter agrees.

“All this stuff happened pretty abruptly,” Ritter says. “There weren’t issues that were lingering for a long time, at least that I knew of. We never had big fights. We never had arguments.”

That changed during the “Funk Volume 2015 Tour,” though. Hopsin was uncomfortable about the Warner Bros. deal, as was Dame, but not to the degree that Hopsin was. While on the road, Hopsin also doesn’t like doing meet and greets, something he was doing more often that he would have liked. Furthermore, their shows weren’t as well attended as they thought they would be. It all led to internal disappointment because Funk Volume wasn’t meeting its own goals.

“It was kind of a reality check,” Ritter says. “From the outside looking in, you see the shows and they’re poppin’, but for us, we just had higher expectations for what last year was going to be.”

At the conclusion of the tour, they had a discussion about the splits for the tour’s profits, as was company custom. Ritter says Hopsin wasn’t happy with the haul Ritter was set to take in as the manager of Hopsin, Dizzy Wright and Jarren Benton.

Then Ritter made the comment that ended up killing the company.

“It was a very matter of fact comment,” Ritter says. “I said, ‘Hop. You don’t even work that hard.’ I think I mentioned another comment saying that he probably works about 20 percent as hard as the most successful artist. When I said that, I wasn’t referring to the energy with which he puts into his music, more so the things that happen after you make a project.”

Ritter says he was talking about promo and press, things like that. But Hopsin took the comment very hard. From there, things escalated quickly, with Hopsin cussing Ritter out before hanging up the phone.

This happened at the end of November, Ritter says, and Hopsin essentially cut off communication with him. Then he got an e-mail detailing Hopsin’s demands in order for their business arrangement with Funk Volume to continue.

Hopsin wanted to get rid of the company’s logo and lose the color orange. Ritter agreed.

Hopsin wanted to bring in an A&R and stylist. Though the company had never used either, Ritter says he agreed to those requests.

Hopsin also had an issue with the percentage of the album proceeds that go back to Funk Volume. Hopsin said it was too high. Ritter said those monies were used to help employ the company’s staff.

Hopsin said that SwizZz, who is Ritter’s brother, would not be allowed on any Funk Volume platform. Ritter disagreed.

“So he responded, ‘That’s not going to work. One of us has to go,’” Ritter says.

They later had another phone conversation, Ritter says, in order to try to salvage the company. It was resolved that Hopsin would get another manager and keep progressing. That didn’t happen, though.

During his spreecast, Ritter says that looking back, one comment led to the company’s demise.

“I knew that telling Hop, ‘You don’t work hard’ was the trigger,” he says.

In January, Hopsin dissed Ritter on social media. Then Dame says he hasn’t spoken to Hopsin since before that time.

“It’s a dope song,” Ritter says. “A lot of people said I got bodied. I’m not a rapper, so that doesn’t mean anything to me. It’s like if you don’t play basketball and I kill you in basketball, I’m not going to celebrate that.”

The song is Hopsin’s first release under his own Undercover Prodigy label.

“I don’t wish any harm or anything over Hop,” Ritter says. “I hope he does well.”

Ritter does, though, dispute that he ever stole money from Hopsin.

“I never stole any money from Hopsin,” Ritter says. “We have a business manager that sends us our payments, especially when album royalties get cut. Hopsin’s on every e-mail. He knows when I get paid. I know when he gets paid.”

As for his post-Funk Volume career, Ritter says he had let everyone out of their Funk Volume contracts. He is managing Dizzy Wright, working with SwizZz and writing a book, among other things. He also hopes that he will work with Jarren Benton again. The same cannot be said for Hopsin.

“Hop and I won’t ever be working together,” Ritter says. “I think, for me, he crossed a line.”

Ritter says he wanted to do the spreecast because he has nothing to hide.

“I’m completely comfortable in my actions and the things that I’ve done,” he says. “I can’t say that I’ve done everything right. Nobody has. But that’s why I wanted to have this dialog.”