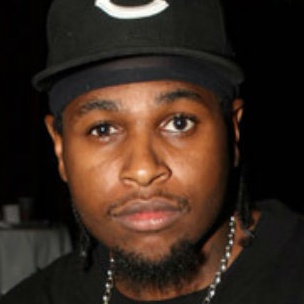 Lil Eazy-E credits Jerry Heller for assisting in the rise of N.W.A.

During a sit-down conversation with Steve Lobel, Lil Eazy-E, son of the late Eazy-E, recalled meeting with N.W.A’s former manager, Jerry Heller at his home in California. He says the two “had a solid conversation,” and added that their encounter with one another “was all respect and love.”

Prior to speaking on his conversation with Heller, Lil Eazy-E briefly addressed his relationship with those in N.W.A.

“It’s solid with Ren, of course,” Lil Eazy-E said. “I travel and I tour with DJ Yella. We travel the world and do our little show in touring. As a man, I got a better relationship with Cube. Dre is Dre. Just to be real, but when I see him it’s just love…As a man, I wanted to sit there and meet him [Jerry Heller]. And we had a solid conversation at his house in Calabasas. And it was all respect and love. And he enlightened me on a lot of things…Honestly, I have nothing against Jerry Heller at all. Our relationship when we left was solid…If it wasn’t for Jerry Heller, my father wouldn’t have the knowledge he had to do what he did in this game. My father came from hustling. That man gave him everything he learned and understand. So, it’s a thin line when you ask me about an individual that was a strong part to N.W.A.”

“It was Dirty Red and my pops driving,” he said. “They riding around and I think some gangbangers pull up on the side of ‘em on the freeway. So, they looking and mean-mugging. And my pops got a thang, sitting right there. He kept the burner…So as he pulls up, Red in his mind is feeling like ‘Man, oh dang. E finna show me some real stuff going down.’ And pops rolls close to the dudes. Puts a blunt into the seed he was having at the time. And said ‘Hand that to them.’ Red rolls down the window. Hands them the thing. And grabbed it, looked. ‘Oh, alright E.’ And pushed off and drived…He was just real like that. He had love from everywhere.”

Video of Lil Eazy-E speaking on his conversation with Jerry Heller, can be found below.