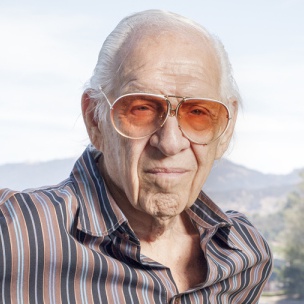 Jerry Heller revealed why he’s upset about a possible Straight Outta Compton Oscar nod, during an appearance on “TMZ Live.”

According to Jerry Heller, the former manager of N.W.A, he’s most upset about the possibility of Straight Outta Compton receiving an Oscar nomination because of the way he was portrayed in the film. He explained that not only was he not portrayed accurately in the film, Eazy-E wasn’t shown in the light he should have been portrayed in, either.

“They’re saying things about me in that film that not only are not true, but they’re very demeaning and degrading,” Jerry Heller said. “And now it means that everybody all over the world is gonna think that about me. And it’s just not true. It’s just that so much more focus and attention is being brought to the movie now. I certainly would have felt a lot better if I was portrayed honestly. And if Eazy was portrayed in the light that he should have been.”

In regards to those who were behind what he feels was an ill portrayal of himself in Straight Outta Compton, Heller shared his belief that it was Ice Cube, Dr. Dre, and Eazy E’s widow.

“Well, I think it was a combination of Ice Cube and Dr. Dre and the widow,” he said. “I’m very proud of the work that he did. And I’m proud of the success that Ice Cube has had. They have no reason to be saying those things about me. I think with Cube, maybe it was jealousy of Eazy…It’s always easier to take a shot at the white Jew. He sort of felt that I was—took Eazy’s side against him.”

Video of Jerry Heller speaking on his issues with a possible Straight Outta Compton Oscar nomination, can be found below.