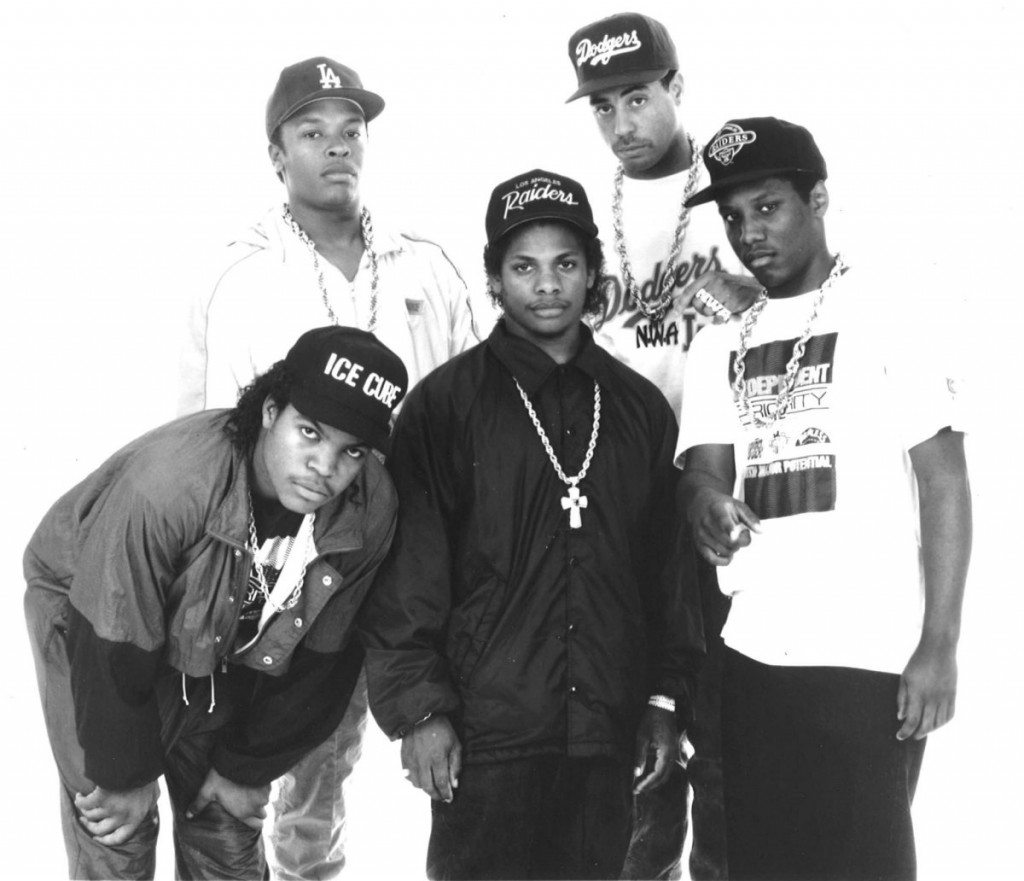 N.W.A Inducted Into Rock And Roll Hall Of Fame

Brooklyn, NY – History was made as N.W.A was inducted into the Rock and Roll Hall of Fame as a member of the Class of 2016 yesterday (April 8). Kendrick Lamar introduced his Compton, California predecessors at the official ceremony at the Barclays Center in Brooklyn, New York.

Dr. Dre, Ice Cube, DJ Yella and MC Ren accepted the honor and paid tribute to group founder Eazy-E, who passed away from complications due to AIDS in 1995. Rolling Stone was on hand to detail the event.

“It was very emotional when he passed years ago,” DJ Yella says of the man born Eric Wright. “He was a great friend, good business partner. He just rung… the light… He had the money, of course, but you know, we did something. Right here there’s a fraternity that nobody can buy in, lie in, cheat their way in. It’s only us and this is for life. The rest of our lives, Eazy-E is here in spirit.”

Dr. Dre used the moment to encourage the youth to follow their example.

“This is proof, to all the kids out there, growing up in places like Compton, that anything is possible,” the rapper-producer says. “Feel me? Me and the guys standing right here? We’re absolutely no different or better than any of you. Feel me. Feel me. You just have to find that thing that’s special about you that distinguishes you from all the others and through true talent, hard work, and passion, anything can happen.”

In their speeches, MC Ren and Ice Cube addressed Kiss singer Gene Simmons’ claims that Hip Hop is not Rock and Roll.

In his introduction, Lamar paid respect to each member of the World’s Most Dangerous Group before explaining what personal impact N.W.A had on urban communities through their commercial success.

“Bringing inner city life to the forefront and making the world pay attention to our realities,” he says, “even myself, I look around and I’ve seen people N.W.A spoke for, whether it was my cousin, whether it was my uncle, they were Compton Crip or Piru, they was all influenced. That’s real, y’all probably don’t know about that – y’all looking at me like I’m crazy. But they know! It was all influence, and it all had a deep impression. What they know is a big misconception. The impression was just that they’re trying to kill people. To be clear, to be very clear, the fact that a famous group can look just like one of us and dress like one of us, talk like one of us, proved to every single kid in the ghetto that you can be successful and still have importance while doing it.”

Rock And Roll Hall of Fame

NWA with @kendricklamar on stage at the rock 'n' roll Hall of Fame ceremony. #rocknrollhalloffame

Compton's in the House!! #rockandrollhalloffame

(This article was first published December 17, 2015 and is as follows.)

The Rock and Roll Hall of Fame announced its 2016 inductees today (December 17) and N.W.A is one of five acts in the class. Dr. Dre, Ice Cube, Eazy-E, MC Ren and DJ Yella are scheduled to be formally inducted in a ceremony April 8 at the Barclays Center in Brooklyn, New York.

“Unexpected. Shocking. Flawed. Revolutionary. Worthy,” the Hall of Fame’s press release says of the group. “N.W.A’s improbable rise from marginalized outsiders to the most controversial and complicated voices of their generation remains one of rock’s most explosive, relevant and challenging tales.”

Ice Cube took to Twitter to respond to the news of the honor. Part of the process to determine the inductees was a vote open to the public.

“I wanna thank everybody that voted for N.W.A to make it into the Rock and Roll Hall of Fame,” he says. “I think I speak for Dre, Ren, Yella, Eazy, rest in peace. We’re extremely excited and happy for that. Thank you.”

He also spoke with Rolling Stone about what this accomplishment means to N.W.A’s career.

“It’s hard to sum up exactly what it means,” Ice Cube says. “It means a lot of things. It means that the group’s mark is kind of solidified. It’s all legitimized in a way because the whole music industry has to honor the group in a way.”

Ice Cube also shares what he believes Eazy-E would think of the honor.

“He’d be real excited because he was always fighting for legitimacy, whether it was trying to get out of the dope gang and become a legitimate, productive person in society,” he says. “Also, the industry talked a lot of shit. This would please him I think because the music that we did is a force to be reckoned with. We got some of the most creative, talented people in N.W.A that’s ever been compiled in one group. It’s just exciting that the group as a whole gets recognized by the whole industry as Hall of Fame worthy.”

The group joins Cheap Trick, Chicago, Deep Purple and Steve Miller to form the Class of 2016.

N.W.A was nominated for the Hall of Fame last year and in 2012. The group joins Public Enemy, Run-DMC, Beastie Boys and Grandmaster Flash and the Furious Five as the Rap groups honored by the Hall.

N.W.A’s rise to fame in the late 1980s and early 1990s was portrayed in the film Straight Outta Compton this summer, which is the highest-grossing music biopic ever. The group’s debut album of the same name was certified triple platinum last month.