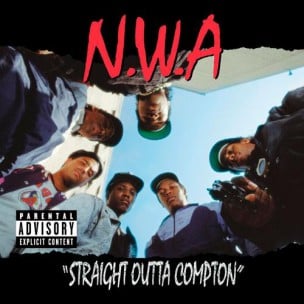 N.W.A’s debut album, Straight Outta Compton, was certified triple platinum November 11, according to the RIAA. This means it has sold more than three million units.

The LP was released in 1988 and N.W.A garnered national attention through such songs as “Fuck the Police” and the title track.

A biopic called Straight Outta Compton portraying the group’s rise to fame was released this summer. Ice Cube, Dr. Dre and Eazy-E‘s widow, Tomica Woods-Wright, executive produced the movie, which follows the rise of N.W.A, whose other members are MC Ren and DJ Yella.

With the release of the movie, the album saw a resurgence in sales, appearing as high as #4 on Billboard’s Top 200 chart in August.