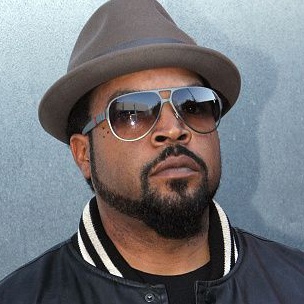 Ice Cube reveals that he’s trying to put together a N.W.A reunion at Coachella.

During an appearance on “The Talk,” Ice Cube spoke on his upcoming performance at Coachella. While speaking on the festival, which is scheduled to take place this April in Indio, California, Ice Cube shared that he’s currently working on putting together a reunion with those in N.W.A.

“I got some tricks up my sleeve. I can’t reveal it all,” Ice Cube said, during his appearance on “The Talk.” “But I’m trying to—I’mma try to bring the members of N.W.A together. And come with me on the stage. Give everybody a little history lesson on Ice Cube and N.W.A. Westside Connection. Everything I’ve been doing over the years. We have some great visuals. It’s gonna be a great night.”

With the N.W.A biopic, Straight Outta Compton nominated for a number of awards, Ice Cube was asked what he enjoys most about receiving so many nominations. According to Cube, he’s most enjoying the recognition he’s received from the film industry after the movie was initially dismissed as just another rap biopic.

“Getting the recognition from the film industry with a movie like Straight Outta Compton,” he said. “People heard about it. Heard it in the making. A lot of people was quick to dismiss it as ‘It’s just gonna be this rap biopic.’ But it’s actually a slice of American history. So, we wanted to treat it like a slice of American history. And we wanted to talk about all the things that created N.W.A. We didn’t create ourselves. It was the circumstances that we grew up in. We tried to make sense of it. And we tried to make art out of it to make sense of it. And ended up people loving us all over the world for it. And here we are.”

During his interview on “The Talk,” Ice Cube also spoke on Eazy-E, referring to the rapper as “the architect of” N.W.A.

“’I told you,’” Cube said when asked what Eazy-E would say about the group’s current fame. “He is the architect of this movement. He was the one who said ‘I wanna do real records.’”

Video of Ice Cube speaking on a possible N.W.A reunion, can be found below.