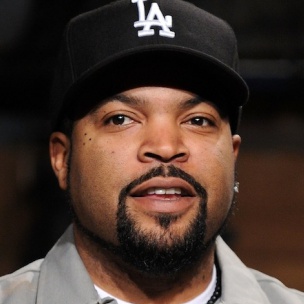 Ice Cube jokingly suggests that they should’ve “put a slave in Straight Outta Compton” to appeal to Academy members.

During a recent appearance on Angie Martinez’s show on Power 105.1, rapper/actor Ice Cube spoke on Straight Outta Compton being slighted when it concerned Golden Globe and Academy Awards nominations. Despite not being nominated, he says the N.W.A biopic deserves a Best Picture award.

Cube concluded that while it is nice to be recognized, the real recognition for Straight Outta Compton came from fans and moviegoers.

“I think we deserve Best Picture,” Ice Cube said. “Especially by them leaving two [movies] out. They usually pick 10 movies. They picked eight this year…I do what I’m supposed to do to promote the project. I ain’t gonna kiss no ass for nothing. Maybe that is the problem. Or maybe we should’ve put a slave in Straight Outta Compton. I think that’s where we messed up. That’s where we messed up. Just one, random slave for the Academy members to recognize us as a real, black movie…The thing about it is that does not define us or—That award is cool. It’s cool to be recognized. But people recognized this movie back in August when it did $200 million at the box office.”

Ice Cube later revealed his plans to upgrade Cube Vision to a film studio. He said his goal is to release the movies that “need to be made,” and recruit talent with great ideas.

“We trying to do big things,” he said. “The dream of mine would be to turn Cube Vision into a full-fledged studio where we can greenlight and finance our own movies. And that’d be my next 10 years if I could see…It’s just a company that’s doing the movies that we think need to be made. Movies that we don’t think are being recognized on the right scale. And we want to produce. We want to give people a shot. That got great ideas and great movies.”

Video of Ice Cube speaking on the lack of Straight Outta Compton awards nominations, can be found below.