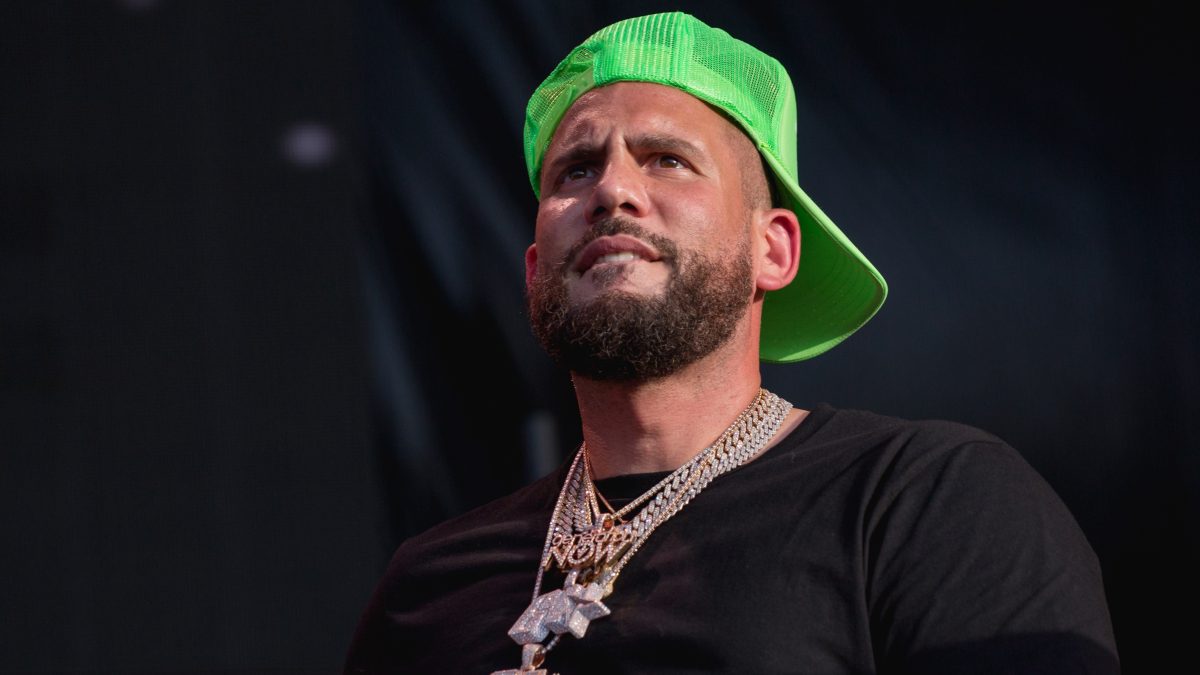 DJ Drama: Mr. Thanksgiving Is Thankful For A Lot This Year

by ill Will
2
Exclusive -

DJ Drama is having one hell of a year, and the Atlanta-based DJ, producer and Generation Now co-founder, who also goes by the name Mr. Thanksgiving, has shared what he’s most thankful for in 2022.

In anticipation of this year’s Thanksgiving Day (November 24), Drama ran through a hefty list of 2022 highlights with HipHopDX, including awards and accolades, team wins, proud family moments, personal triumphs and a whole lot more that he’s grateful for.

Beginning with his family, Drama said he was thankful for being able to celebrate milestone birthdays with each of his two daughters. “I’m thankful that I got to spend my daughter’s 21st birthday with her and throw her a lavish party, and do an after party with her hosted by Wiz Khalifa, which she thoroughly enjoyed,” he told DX.

“I’m thankful that I got to share my other daughter’s sweet 16 with her, and again throw her an amazing party, and got the likes of Jack Harlow, Tyler, The Creator, Chris Brown, Lil Baby, Latto, Summer Walker and Lil Uzi Vert to tell her ‘Happy Sweet 16,’ as well as [getting] Flo Milli to perform for her.”

Drama then turned his attention to his parents. The DJ’s mother celebrated her 75th birthday this year, which he celebrated by throwing her a huge party at his home. “I’m thankful that I got to spend my mother’s 75th birthday with her and throw her an event at my house full of family and friends, and the trap band that she thoroughly enjoyed and was very grateful for.”

As for his father, the Philadelphia-born music mogul was able to fulfil a longtime dream of his dad’s by taking him to see his beloved Phillies play in the baseball World Series — not once, but twice.

“I’m thankful that I got to take my dad to the World Series in Philly, which is a dream come true for him being a lifelong baseball fan and Phillies fan. He not only got to go to one World Series game, but he got to go to two back to back. And although the Phillies lost, the experience was priceless and memorable for him. To share that moment with him was amazing.”

Moving onto Generation Now — the record label he founded alongside Don Cannon and Leighton “Lake” Morrison — Drama heaped huge praise on Jack Harlow, the label’s marquee artist this year, who released his sophomore album, Come Home the Kids Miss You, in May.

“I’m thankful that Generation Now as a company has had such a successful year and has been thriving,” Drama said of the Atlantic Records-partnered imprint. “To watch Jack Harlow become an incredible superstar, one of the biggest A listers in the game. From hosting the MTV awards and being three-times Grammy nominated to doing a sell out tour for Come Home the Kids Miss You in front of 11, 12,000 people every night. I’m thankful for his rising star and his success and being able to witness that.”

Drama said he was thankful for another of Generation Now’s biggest stars, Lil Uzi Vert, whose meteoric rise began with Drama and co. until the two parties had a brief falling out, which hit boiling point in 2019 when Uzi fired off a series of tweets calling out his label bosses. However, Uzi and Generation Now have since reconciled, which is something Drama is grateful for.

“I’m thankful for the reconciliation of Generation Now and Lil Uzi Vert, and Don Cannon and Lil Uzi being back in the studio together,” Drama said, “and watching Uzi have another monster hit on his hands with ‘Just Wanna Rock’ and going into the new year with great momentum and looking forward to his new project.”

In April, Drama won his first ever Grammy Award for his work on Tyler, The Creator’s Call Me If You Get Lost, which scooped the prize for Best Rap Album at the 2022 awards ceremony. Drama couldn’t let Thanksgiving pass by without mentioning this incredible achievement.

It was a monumental moment,” Drama said of his Grammy win, which he found out about right before going on stage at J. Cole’s Dreamville Festival with Lil Wayne, Jeezy and T.I., the three artists he’s best known for working with.

“That was a 360 moment for me,” he told DX. “To win my first Grammy and then perform at Dreamville Festival in front of 75,000 people with the three individuals that I started my career with very early on, and started Gangsta Grillz with very early on, and come full circle and win a Grammy with Tyler The Creator, I’m very thankful for that.”

He added he was also thankful for being voted DJ of the Year at the 2022 BET Hip Hop Awards. “I’m thankful that I got to share the stage with my comrades, my staff and my artists,” he said, adding that having them on stage really brought things home for him.

On the subject of Gangsta Grillz, 2022 saw a huge resurgence for the series that kicked it all off for DJ Drama. After stepping away from the brand — which has been a Hip Hop staple for many years — momentarily to concentrate on Generation Now and the growth of its artists, Drama reintroduced Gangsta Grillz via Tyler’s Call Me If You Get Lost.

From there, the brand caught fire, and in 2022 Drama put out Gangsta Grillz tapes with a bunch of groundbreaking talent, from Symba, NBA YoungBoy and Dave East, to Snoop Dogg and J. Cole’s Dreamville crew.

One of the most talked about was Jeezy’s SnoFall, which saw Drama and the Atlanta trap star reunite after years apart, marking a new chapter in their long-running and revered collaborative partnership. In the mid 2000s, the two teamed up for the now-iconic Trap or Die mixtape, which many consider to be the project that helped push the Gangsta Grillz series into the mainstream.

“I’m thankful for the resurgence of Gangsta Grillz and the numerous projects that I’ve done this year,” Drama told DX. “I don’t even want to start naming them because I don’t want to forget any. But you know, the Jeezy SnoFall is quite the talk of the town.

“The feeling that we restored together, the combination between me and Jeezy and what we brought to the game, and to be here 17 years later putting out a monster project that people are really appreciating and really talking about, I’m thankful for that day.”

“I’m thankful for 30 years of DJ-ing this year. Hip Hop’s turning 50 next year, and I’ve literally been DJ-ing for 30 of those years. I’m thankful for being able to have those around me go on to be able to have success and to create jobs and positions for those who are well deserving, and not only basking in my own success, but also being able to bring people with me.”

Looking ahead to 2023, DJ Drama explained he’s also thankful that he’s on the cusp of putting out his sixth studio album, I’m Really Like That. “I’m going to start the new year off with a bang, with a project that I’m quite proud of, with an album that is really the culmination of quite a year and quite the career.”

That career has been getting a lot of love this past year, and Drama revealed a lot of people have been giving him his props as of late. “Without really even asking for it, I’ve been getting a lot a lot of my flowers this year, and I’m being appreciated for the years of work that I’ve put in, and all that I’ve given to Hip Hop, and being a stand up individual,” he said.

“I’m thankful that I’m in one of the greatest spaces of my life, and [at] 44 years old, health is wealth,” Drama continued. “My skin is glowing. I’m drinking a gallon of water every day. I feel like I’m still 21. I can go on the Hip Hop court and buss anybody’s ass. I’m thankful that when it’s all said and done, when they tell the stories, it’ll be that DJ Drama was one of the greatest to ever do it — and that’s word to Mr. Thanksgiving. After all these years, I’m still feeding the streets. Can’t nobody say otherwise.”

Concluding by giving “thanks for life,” Drama told HipHopDX that people’s cups “should always be half full, not half empty,” and that while everyone has things they can complain about, “it could always be worse.”

“I’m thankful that I live by that creed and know that on my worst day, I live like somebody on their best day. Give thanks. Amen.”

DJ Drama’s I’m Really Like This is set to arrive sometime next year.