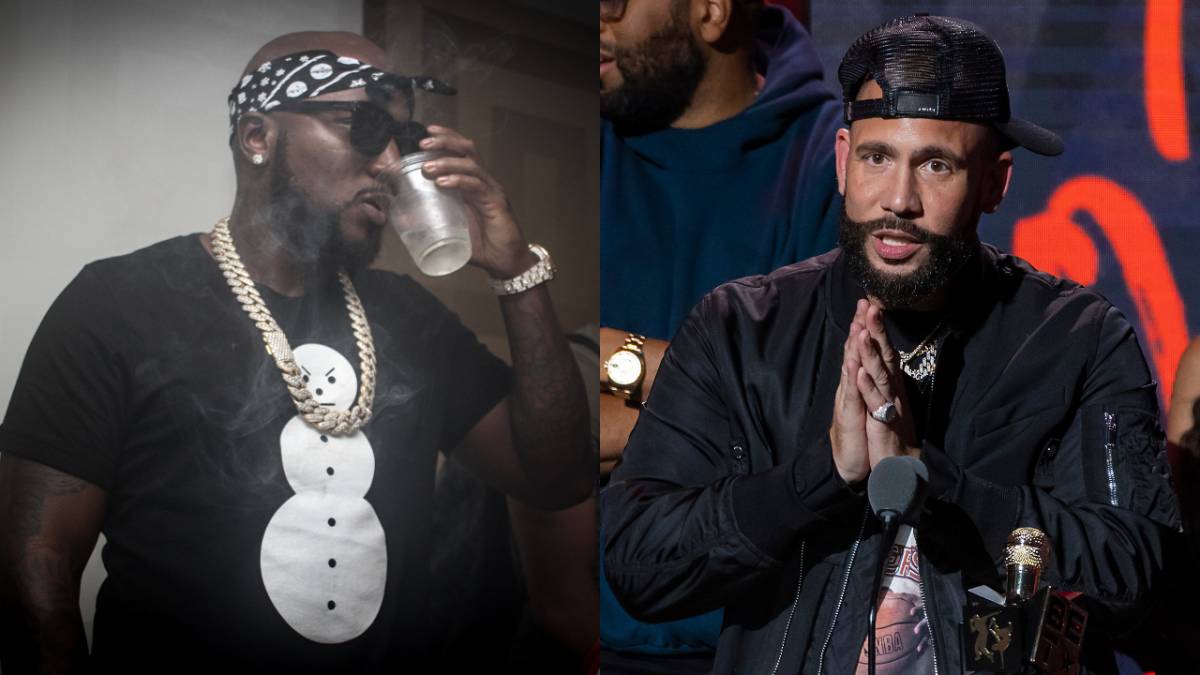 Jeezy and DJ Drama have announced a new joint mixtape called Snofall, which marks their first project together in nearly two decades.

The last time Drama and The Snowman joined forces was in 2002 for their iconic Trap Or Die project. On Wednesday (October 5), Jeezy announced in an Instagram trailer that Snofall would arrive on October 21, and previewed a new track to unveil the tape’s cover art.

The duo recently linked up for their song “I Ain’t Gonna Hold Ya” last month, but the last time Jeezy fans got a full-length from the Atlanta icon was 2020’s The Recession 2, which features appearances from Yo Gotti, E-40, Lil Duval, Rick Ross and Ne-Yo.

The project peaked at No. 19 on the Billboard 200 and played as a sequel to Jeezy’s 2008 platinum-selling fifth studio album of the same name, which features the singles “My President” featuring Nas and “Put On” featuring Kanye West.

The Recession 2 also features the song “Therapy For My Soul,” which was a partial diss track aimed at his signee-turned-nemesis Freddie Gibbs.

“If 1-5 wasn’t my dawg, I would’ve touched them/ When that shit went down with Gibbs, I couldn’t trust him,” Jeezy raps. “Invested my hard earned money, tied up my bread/ But he gon’ try to tell you I’m flawed, that’s in his head/ It’s happening just the way that I said it, good on your own/ And if I’m honest, nothin’ gangsta about you, leave this alone, yeah.”

While The Snowman hasn’t spoken on the incident since, he actually got a public apology from Gibbs last week, who admitted on his new song “Rabbit Vision” that he behaved immaturely during their feud in 2014.

“Me and Jeezy still ain’t spoke in years, but I got love for him/ Could’ve talked it out, but I spoke out, I let it get to me/ Showed me I could be a fuckin’ boss, best thing he did for me/ I needed to grow, too immature, it’s shit I needed to know,” he raps over the J.U.S.T.I.C.E. League beat.

Gibbs also revealed in a recent interview that he and Jeezy actually squashed the beef, hugging it out after bumping into each other at an airport.

Jeezy most recently hopped on EST Gee‘s new song “The Realest,” and the duo even performed the track at the 2022 BET Hip Hop Awards on September 30.

The legendary DJ has also got a Snoop Dogg Gangsta Grillz mixtape coming down the pipeline called I Still Got It, which arrives a day before the Jeezy tape on October 20. Drama additionally had a good night at the 2022 BET Hip Hop Awards last week, taking home the award for DJ of the Year, his first award in almost a decade.