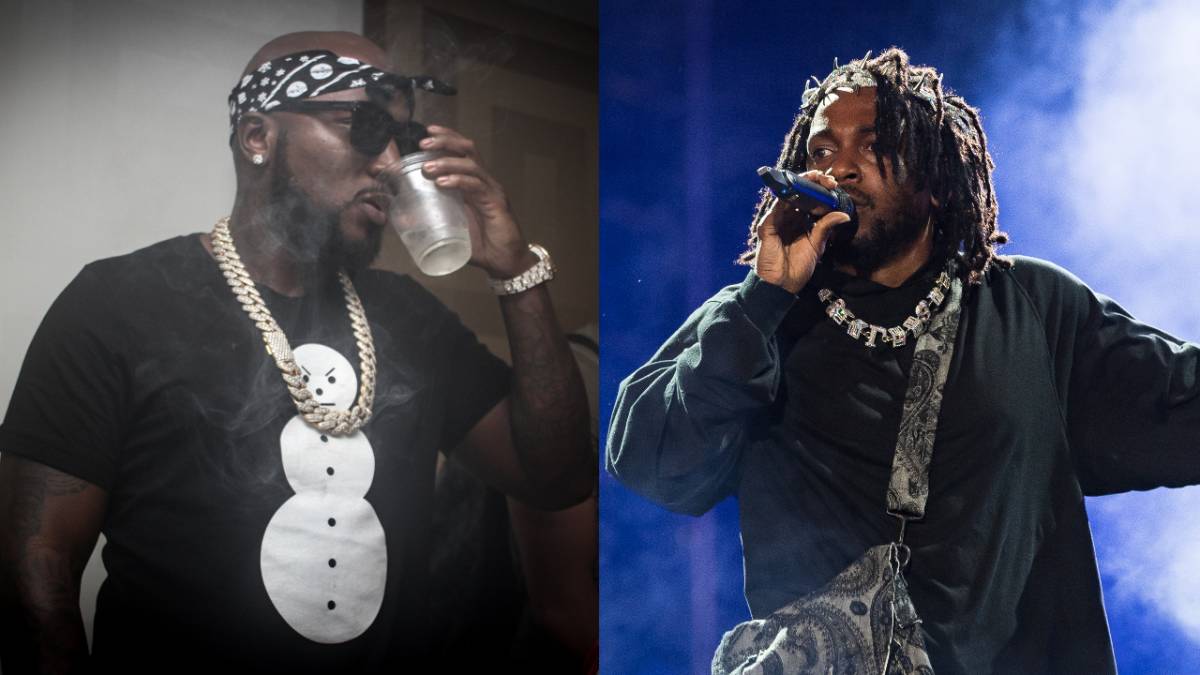 Jeezy has reflected on the time Kendrick Lamar name-dropped him on his 2012 album good kid, m.A.A.d city.

In a quick interview with HipHopDX, Jeezy said he remembers where he was when he first heard the track.

“I believe I was on my tour bus and I heard it and I was like, ‘Damn that’s whats up,'” Jeezy recalled. “We love Kendrick, we love what he do, but to think that I had some — I had something to do with it inspiring him is beautiful man.”

Jeezy and K. Dot would link up for the track “Westside, Right On Time,” which ended up being a loose cut from his good kid, m.A.A.d city sessions that dropped on SoundCloud.

As Kendrick’s major label debut creeps in on its 10th anniversary, the Compton-bred MC recently announced that he’ll be dropping a 10th-anniversary vinyl set on October 21, one day before the album’s birthday. Pre-orders are available now on Interscope’s online store, along with CD and cassette versions.

good kid, m.A.A.d city debuted at No. 2 on the Billboard 200 after selling 242,000 copies in its first week. The project would go on to achieve widespread critical acclaim and yield multiple nominations at the 56th Annual Grammy Awards, where it was controversially bested by Macklemore and Ryan Lewis’ The Heist in the Best Rap Album category. The project is now certified triple platinum.

As for Jeezy, he recently got a public apology from his signee turned nemesis Freddie Gibbs, who admitted on his new song “Rabbit Vision” that he behaved immaturely during their feud in 2014.

“Me and Jeezy still ain’t spoke in years, but I got love for him/ Could’ve talked it out, but I spoke out, I let it get to me/ Showed me I could be a fuckin’ boss, best thing he did for me/ I needed to grow, too immature, it’s shit I needed to know,” he raps over the J.U.S.T.I.C.E. League beat.

Gibbs – who had signed to Jeezy’s label CTE in 2011 before leaving on bad terms – had reaffirmed this stance in an interview with Vulture last year, where he said he didn’t actually have any real problems with his former label head.

“I don’t have beef with him like other people may,” he said. “I think it was just two guys who didn’t communicate correctly. He had a vision, and I had my vision, and we just couldn’t come to a common agreement.”

He continued: “I don’t hate the man or anything of that nature, not at all. At one point, I looked up to him. And I still respect everything that he did musically. I still listen to his music. So, like I said, man, maybe one day, who knows?”

Still, the Snowman shared his thoughts on Gibbs on his 2020 track “Therapy For My Soul,” and hasn’t made any comment since.

“If 1-5 wasn’t my dawg, I would’ve touched them/ When that shit went down with Gibbs, I couldn’t trust him,” Jeezy raps. “Invested my hard earned money, tied up my bread/ But he gon’ try to tell you I’m flawed, that’s in his head/ It’s happening just the way that I said it, good on your own/ And if I’m honest, nothin’ gangsta about you, leave this alone, yeah.”