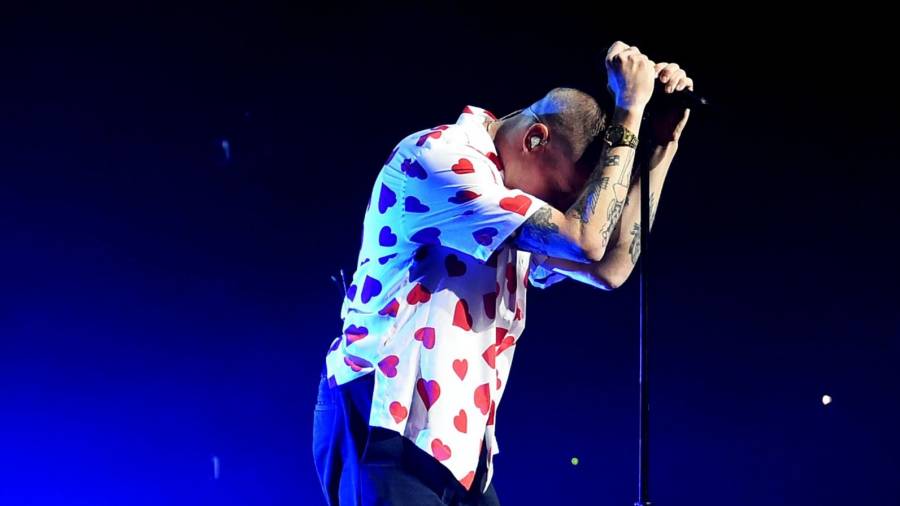 Macklemore — remember him? The “Thrift Shop” guy? The rapper partially responsible for The Heist, the album that basically mired the future rap G.O.A.T.’s coming out party? Right now, he’s probably at home somewhere outside of Seattle minding his own business, taking care of his two daughters, performing a little magic, hanging out with his wife and slurping up some vegetarian Pho.

But that didn’t stop him from trending on Twitter.

On Tuesday (November 24), Mack’s name started getting flung around all over the social media platform on the same day the Recording Academy announced the 2021 Grammy Award nominees.

That evening, as everyone sat dressed to the nines at the Los Angeles Staples Center, the Hip Hop duo managed to sweep the 56th Annual Grammy Awards, winning a total of four in the Best Rap Song, Best Rap Performance and Best New Artist and, yep, Best Rap Album categories — and even Macklemore was shocked.

Shortly after the winner for Best Rap Album was announced, Macklemore posted a text message he sent to K. Dot that illustrated the immense guilt he felt.

“You got robbed. I wanted you to win. You should have,” Macklemore wrote in the text message. “It’s weird and sucks that I robbed you. I was gonna say that during the speech. Then the music started playing during my speech, and I froze. Anyway, you know what it is. Congrats on this year and your music. Appreciate you as an artist and as a friend. Much love.”

He captioned the Instagram post with,” My text to Kendrick after the show. He deserved best rap album. I’m honored and completely blown away to win anything much less 4 Grammys. But in that category, he should have won IMO, And that’s taking nothing away from The Heist. Just giving GKMC it’s proper respect.”

Despite Macklemore’s seemingly well intended gesture, he was still dragged for doing the “most un-Hip Hop” thing a rapper could do — apologize for winning. In a February 2014 interview with Rolling Stone, Drake clowned Macklemore for the apology.

“I was like, ‘You won. Why are you posting your text message? Just chill. Take your W, and if you feel you didn’t deserve it, go get better — make better music,'” Drake, whom Macklemore also beat out, said at the time. “It felt cheap. It didn’t feel genuine. Why do that? Why feel guilt? You think those guys would pay homage to you if they won?”

T.I. chimed in as well, telling DJ Whoo Kid, “I think Kendrick should have won. I think Drake should have won something, man. I really do, bruh. I think what Kendrick and Drake did, it was significant to the culture. And Macklemore, too. Don’t get me wrong, I’m not saying I don’t think Macklemore deserved what he got. I’m not trying to say that. I’m just saying in some kinda way, Kendrick should have got somethin’…With you giving it all to Macklemore, it’s like you saying this is all of Hip Hop.”

Six years later, it’s happening again — but this time on Twitter. Many people felt The Weeknd’s snub was similar to the K. Dot snub after the Canadian crooner’s After Hours album failed to yield a single nomination. Consequently, Macklemore’s name was dragged through the dirt for most of Tuesday night.

Macklemore seeing himself trending every year because of what happened at the 2014 Grammy’s 💀pic.twitter.com/6VZMz70HmC

All this Grammys talk reminded me of this text that Macklemore sent to Kendrick pic.twitter.com/nAIsMeDcjl

Y’all tripping like this ain’t going to continue EVERY YEAR the Grammys have no respect for artists just want to create controversy I MEAN MACKLEMORE OVER K DOT FR???

Since Macklemore is trending to remind folks that the Grammy’s ain’t shit, let me ALSO remind y’all that same year Kendrick did this and was the most talked about. Macklemore won the Grammy but Kendrick won the night. He’s only gotten bigger from there. pic.twitter.com/eFmW7GnAhq

bet u no one can even name the macklemore album without looking it up, but everyone knows these other albums and listens to them til this day. true #scammysmoment

i haven’t seen this many people pissed at the #GRAMMYs since kendrick lost to macklemore… you love to see it pic.twitter.com/mkxYvGwbTu

Yo……..you can’t move the finish line Fam, when the robbery is blatant ppl will speak up, When Macklemore won over Kdot, when Cardi won, when Beck won over Beyonce, it was all blatant, so you heard universal push back

No disrespect but Macklemore shouldn't have any Grammy's pic.twitter.com/53CRjETinY