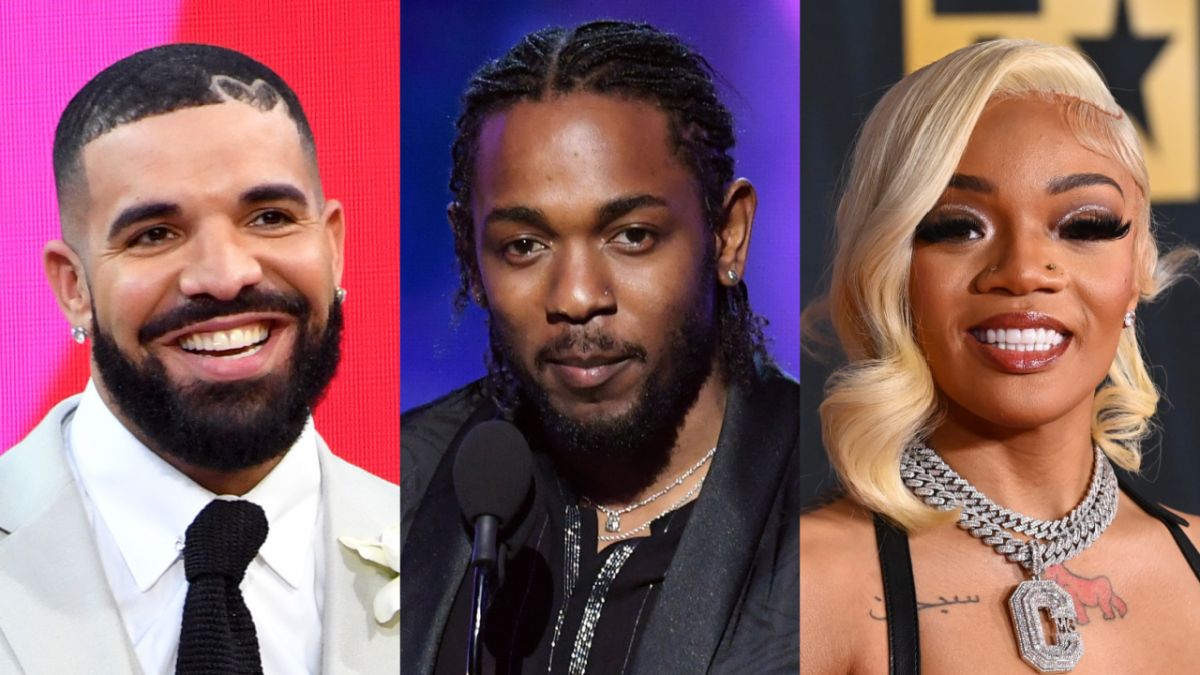 This year’s ceremony, which aired on Tuesday night (October 4), was hosted by Fat Joe and featured performances from legends like Lil Kim, Wu-Tang Clan, Jeezy, Clipse and Three 6 Mafia, as well as current stars such as Kodak Black, Moneybagg Yo and Joey Bada$$.

As for the awards themselves, Drake and Kanye West headed into the show as the most nominated artists with 14 and 10 nods, respectively, but it was Kendrick Lamar who walked away as the night’s biggest winner after scooping six awards.

The Compton native cleaned up in categories such as Hip Hop Artist of the Year, Best Hip Hop Album of the Year and Lyricist of the Year thanks to his chart-topping Mr. Morale & The Big Steppers LP, as well his collaborative relationship with Baby Keem.

Drake didn’t walk away empty handed, though. The OVO hitmaker added two trophies to his collection for Best Collaboration and Sweet 16: Best Featured Verse, tying with himself in the latter category for his show-stealing cameos on Jack Harlow’s “Churchill Downs” and Future’s “Wait For U.”

Kanye, who stirred up more controversy this week after wearing a “White Lives Matter” shirt at his Yeezy Season 9 show in Paris, went 0 for 10.

Hip Hop’s southern sisters were recognized for their achievements as Latto’s “Big Energy” was crowned Song of the Year, while “F.N.F. (Let’s Go)” star GloRilla won Best Breakthrough Hip Hop Artist. Trina was the recipient of this year’s “I Am Hip Hop Award” thanks to her impact and legacy over the last two decades.

Elsewhere, Hitmaka beat out the likes of Pharrell, Metro Boomin and Hit-Boy in the Producer of the Year category, Gangsta Grillz impresario DJ Drama won his first DJ of the Year award in almost a decade, and 50 Cent won Hustler of the Year thanks to his continued success in film, TV and the alchohol industry.

Check out the full list of winners at the 2022 BET Hip Hop Awards below.

Hip Hop Artist of the Year

Hip Hop Album of the Year

Lyricist of the Year

Video Director of the Year

Producer of the Year

Hustler of the Year

DJ of the Year