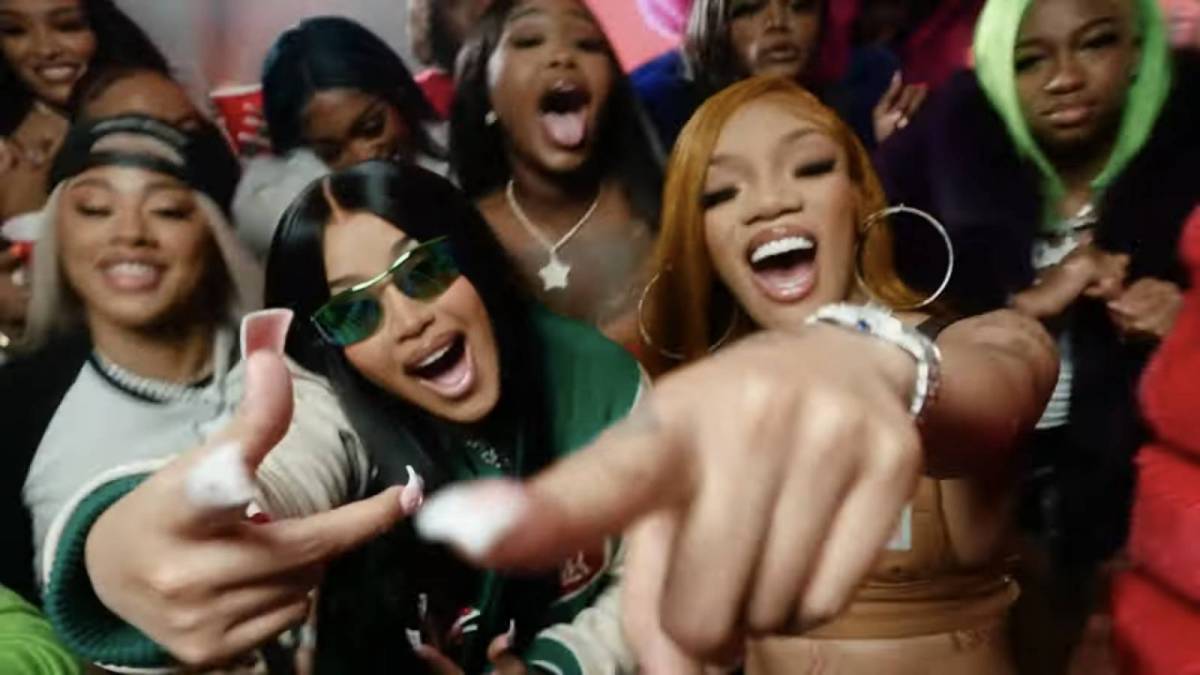 GloRilla and Cardi B have shared the video for their new collaboration “Tomorrow 2” — watch it below.

Directed by Diesel Filmz, the video finds GloRilla and Cardi running amok in the Big Apple. The clip opens with the rising Memphis rapper riding around Times Square with her crew as she gets her aggressive raps off while wearing a ski mask.

The video then traverses to the New York City subway system, where GloRilla and co. twerk their way up to Harlem. Glo even brings some Tennessee flavor to a local bodega thanks to her trademark dance moves.

“P-poppin’ shit, you would think I went to school for chiropractin’ / Lookin’ good as hell today, just sent my n-gga five attachments / Why did you confront me ’bout a n-gga? Man, you bitches backwards / They come at me ’bout n-ggas who I don’t even find attractive,” GloRilla raps.

Cardi B joins the fun and links with GloRilla on a rooftop before the pair make their way to a staircase to continue the turn-up with the Memphis native’s crew.

“I’ve been on these bitches neck so long, sometimes my foot get stuck / I can’t put you in my business, you might wish me dead tomorrow / Bitches be on my dick today, sing every word of ‘Up’ tomorrow / Bitch, I still got cases opened, keep your mouth shut tomorrow / Play with me today then get some sleep, you know it’s up tomorrow,” Bardi raps.

Cardi has been one of GloRilla’s biggest supporters in the rap game. During a conversation with Angie Martinez in July, the Bronx native crowned her breakout hit “F.N.F. (Let’s Go)” as the song of the summer.

The CMG signee caught wind of Cardi’s praise and said she was grateful for the co-sign, while also sharing a “crazy” Instagram DM exchange she had with the Invasion of Privacy star.

“As soon I get off the plane, she hearted something because I used to always DM her all the time, I would blow her up,” she told On The Radar Radio. “I don’t know what it was I sent her, but I know she hearted it, and I text her after she hearted it. She text me back, then she sent me the little voice message. I was like, ‘Ahhh Cardi!'”

Cardi B took her fandom to the next level earlier this month when she referenced lyrics to GloRilla’s original “Tomorrow” on Instagram after pleading guilty in her 2018 strip club assault case.

“Everyday the sun won’t shine, but that’s why I love tomorrow,” she captioned photos of her leaving the courthouse in New York. Cardi avoided jail time and was sentenced to 15 days of community service.