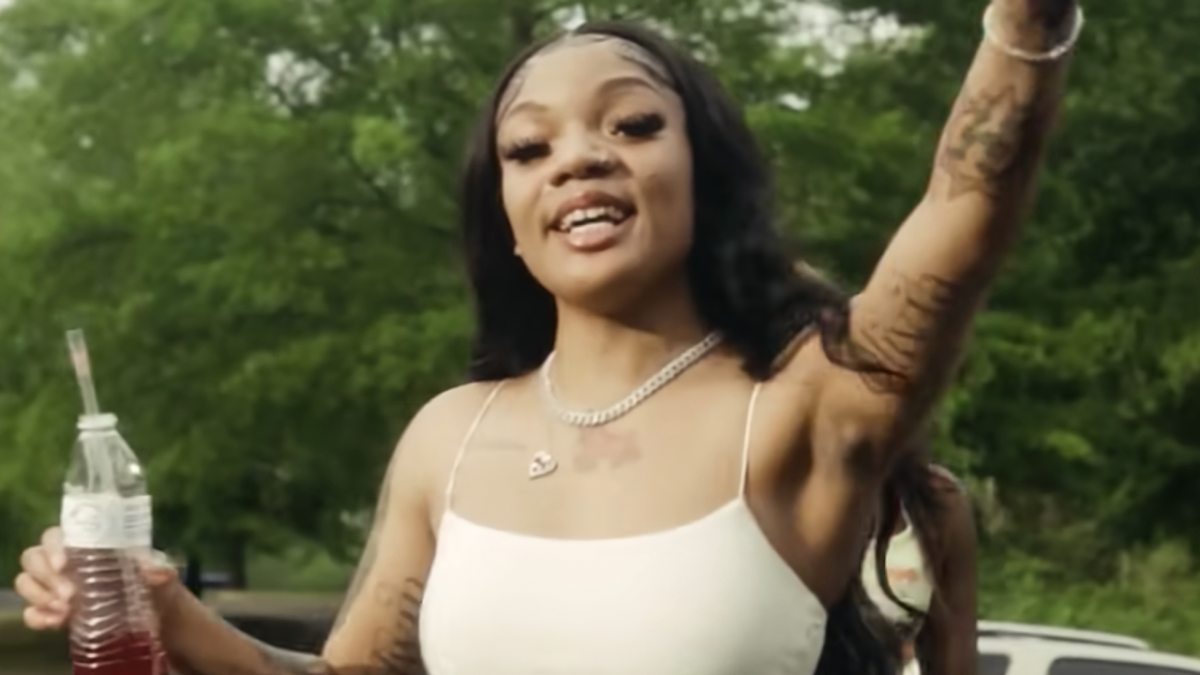 GloRilla is making waves right now. The Memphis native scored a hit single with “F.N.F. (Let’s Go),” landed a record deal with Yo Gotti’s Collective Music Group and now she can count Cardi B among her growing legion of fans.

During a conversation with On The Radar Radio on Thursday (July 14), the rising rapper spoke about Cardi showing love to her hit single. GloRilla was shown a recent clip of the Bronx superstar co-signing her on The Angie Martinez Show and remarked how crazy it was getting praise from an artist she admires. She then detailed a “crazy” DM conversation she had with Cardi B on Instagram.

“I had just got off the plane, my first time coming out here,” she began. “As soon I get off the plane, she hearted something because I used to always DM her all the time, I would blow her up. I don’t know what it was I sent her, but I know she hearted it, and I text her after she hearted it. She text me back, then she sent me the little voice message. I was like, ‘Ahhh Cardi!’”

A post shared by On The Radar With Gabe P? (@ontheradarradio)

The leader of the Bardi Gang won’t give a co-sign out to just anyone, so for GloRilla to receive one is a boost to her growing popularity. Her stock is going to continue to rise, too, after joining Yo Gotti’s team.

The Memphis mogul made it official earlier this month when he invited GloRilla and her entourage onto his private jet to ink the deal in partnership with Interscope Records. She received a CMG chain and a bag of cash as a bonus.

“I’ve put in years of hard work to get this point and I’m blessed to sign with the hottest label in music with CMG,” GloRilla told Billboard. “I manifested this moment and trusted my talent even when others didn’t. I’m grateful for Gotti for believing in me and I’m not gonna let up. Trust that I have more new heat on the way.”