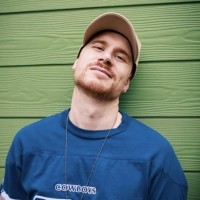 Affion Crockett Talks Life After Fox Show, What Drake Thinks Of His Impersonation, And Being Fan Of Little Brother, J Dilla

The self-proclaimed "Hip Hop comedian" talks receiving the Wayans family blessing, and how Drake and Lil Wayne likely differ on their opinion of his impersonations. He also bigs up Diamond D and Common.

Jay-Z's longtime engineer reveals that it was his friendship with Memphis Bleek that brought him to Hov, recalls Jay calling 9th Wonder "the next Premo" and dues paid with D Dot and Nonchalant.

Nickel Nine says that he is trying to treat Canibus with respect, and explains what jail, beef and bad record contracts taught him as he vows to deliver his last indie solo in "Success Is Certain."

When I first heard about this Beef I thought this was a joke. I was sure Yukmouth just took his 50 Cent beef a step further by dissin' Game because they roll together, but when i found out that Game started it, I couldn't believe it.

Thank God, Mase is back! You gotta love it. The only person in the world who doesn't is Cam. 2004 just doesn't seem like it's his year. Personally I'm more excited about the return of Silkk The Shocker. I guess it's just that New York shit muthafucka's are on, along with the "realness" of his situation.}

West coast State Of Mind: BACK!!!!

There is a bunch of wack shit crackin

With an album filled with nothing but highlights, it's hard to mention one track without feeling like you're neglecting another