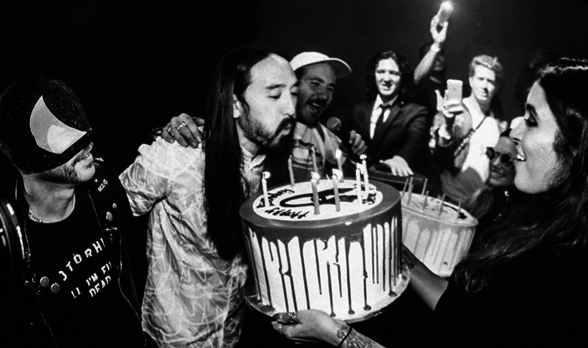 Oh, hey guys! It’s been a while. I hope everyone had a fabulous Thanksgiving and if you worked, extra kudos to you. I went home to the (cold) Bay Area and saw four movies in four days. Winning. “Sweatpants, hair tied, chillin’ with no makeup on…” was definitely the theme of my weekend, and it was glorious.

Out of the four films I watched, the one film that I highly recommend is Moonlight. It was so beautifully made and told a very touching story. IMDB calls it a “a timeless story of human connection and self-discovery.” It revolves about a young black male and his upbringing in a drug-filled home in the rougher parts of Miami. The movie does an excellent job of highlighting the struggle to find himself and his sexuality.

I touched down in L.A. today and couldn’t get over how much Burbank Bob Hope Airport shits on LAX. It’s so much more convenient — and cheaper. Going on six years in this city, I’ve definitely been sleeping. Anyways, I highkey flew back today specifically to catch Marc E. Bassy on his sold out Groovy People Tour. Huge thank you to Matt with Republic Records for the tickets.

We pull up to The Echoplex in Silverlake, where I had last seen Tory Lanez stand on top of the crowd. I brought my girl who feels Marc like I do. We both saw him perform live at the Gibson Showroom in Beverly Hills when he first dropped his Groovy People EP earlier this year. It was the exact reason why we didn’t want to miss tonight’s show. His music is beautiful, his voice is just breathtaking, and he has white boy swag.

Shout out to his DJ, Shabazz, who literally had me turnt. I was definitely still riding the high from being in the Bay all weekend. He had a Warriors shirt on too. By the way, Marc is from the Bay also, but moved to L.A. I thought it was hilarious we were all turning up to YG’s “BPT” right before Marc was about to lay down some major R&B vibes.

I suck and totally missed Bobby Brackins opening for Marc, but was glad he brought him back out. They definitely had a moment on stage. It was adorable. Also, I couldn’t stop staring at Marc’s hair. It’s just always so fluffy and strategically placed. Every time Marc jumped up and down, it would bounce. Okay, I’m done.

Marc busted out his grandma’s piano to play “Dirty Water.” Feels. He followed that with “Morning.” Feels again. Marc blessed everyone with this voice tonight. How does someone sound that good live?

I'm on some kind of drug… ?? #MarcEBassy brought out #GEazy in #LA on his sold out Groovy People Tour ? @g_eazy @marcebassy

I called that G-Eazy was coming tonight, and my girl Ashley confirmed it. We still get just as hyped every time we see him. Following Marc’s footsteps and moving to L.A., there’s no way young Gerald wasn’t going to come out and support. “Some Kind of Drug” is one of the most beautiful songs out there. Before this gem, they performed “You & Me,” equally as great.

Wow, it’s not even December yet, and The Grove is completely decked out for Christmas. I am so here for it. I literally wait for this all year. For a Monday night, this outdoor mall was crackin’. This is honestly one of my favorite places in Los Angeles, and I encourage everyone to go for the holidays. But warning: don’t you dare go on a Sunday. Parking may take you a minimum of 30 minutes.

I had a date night with my girl to see Edge of Seventeen. It’s this Indie film featuring Hailee Steinfeld about two teenage best friends in their peak high school years. Plot twist: your best friend starts dating your brother. Awkward. Was it good? It was amazing. The best part was walking outside after the movie and seeing all the pretty lights again. You literally can’t help but smile.

Damn, I feel like the iPhone 7 is really pulling through (ha!). Tonight was a movie. It started with Young Thug’s HI-HORSE’D Tour featuring 21 Savage. Can someone explain his obsession with Kylie Jenner? It’s all too random to me. Anyways, me and my girl walked into The Shrine in Savage Mode.

I'm just flexin' on my ex-bitch… ✊? #21Savage opening for #YoungThug on his #HiHorsed Tour ?? @21savage @thuggerthugger1

We arrive at 9:30 p.m. and hear him playing “Dip Dip.” Noooooo. Security was taking a day and a half. Photo pit access is only good for the first three songs, and what shocked us the most, he only played… three songs. Maybe four. But really? Yeah, he’s opening for Thugger, but he’s worth a lot more than that pathetic short set. Yeah, we were sad.

Young Thug hitting the stage at The Shrine in L.A.

Young Thug came on around 10:20 p.m. and played for an hour. He graced the stage looking like Prince, per usual. I’m not even going to say how many times I’ve seen Thugger this year, but I will say he is my spirit animal. I super fuck with his music. I think there’s an automatic bond amongst Thugger fans. Automatic friendship.

Shout out to Malaysia from Basketball Wives in attendance. I never got into Love & Hip Hop, but was somehow sucked into that show (when I had time in life). 21 Savage came back out for “X Bitch” to seal the night. The Shrine was loving it.

Next up, Steve Aoki’s exclusive birthday party at The Echoplex. I was definitely just here on Sunday for Marc E. Bassy, and said hi to some familiar faces. This Dim Mak sign reminded me of how much I loved his Netflix documentary I’ll Sleep When I’m Dead, which was inspiring af. I also had the opportunity to attend the live Q&A at The Grammy Museum at L.A. Live. Steve definitely has a presence everywhere he goes.

A handle of my friends Snapchat-ed me back saying they used to go to Dim Mak Tuesdays. I thought that was so cool. This night was also celebrating the 20-year anniversary of Dim Mak Records. Salute.

Happy birthday #SteveAoki ? We were honored to celebrate your big day with you, as well as 20 years strong with #DimMak ?? Who has time for sleep anyways? ? @steveaoki @dimmak

Steve Aoki turned 39 at the stroke of midnight, and we were there for it. I thought that was special and I was honored. The Bloody Beetroots were spinning and rang in the big day for Steve. They also brought out two glorious birthday cakes with candles. I was joking the entire night about how I wanted him to throw a cake at us. For those who don’t know, that’s his steez.

fuck man @Borgore is going in at @steveaoki bday rn ???

The event invite said “special guests” but I had no idea it would be so lit. Shout out to one of my favorite DJs Borgore taking the stage. I got to interview him recently about blending the genres of EDM and Hip Hop. He’s a real one. I was feeling his set tough. Any time you play trap around me, the hyphy in me comes out. Speaking of, shout out to Too $hort whispering to some girl in VIP and 2 Chainz hanging out with all the EDM heads on stage. It warmed me to see them.

After Borgore, these two dope females DJs with tattoos came on and had the crowd just as lit. It was Krewella. Smh. I am very ashamed for not knowing. I swear they need to make Shazam for artists and celebrities. I really hope that’s in the works. Sadly, we missed Zedd, who came on right after we left.

Tonight was a movie.

Alas, all good things must come to an end. This was the last show for Red Bull Sound Select’s #30DaysInLA concert series. It’s also the first day of December and I’m sitting here wondering where the year went. But anyways. I want to sincerely thank Red Bull for such a great month — so much amazing talent was put on display for us.

Tonight was Chet Faker, who now goes by Nick Murphy now. He’s an Australian singer/songwriter who does it all. I would describe it as a mix of EDM, indie, soul … I’m not sure. He’s just great. There’s a reason they chose him to close out the concert series. Apparently, this show sold out the fastest out of all the ones on the lineup. That’s awesome.

They couldn’t have chose a better venue either: The Theatre at Ace Hotel downtown. It’s the most beautiful, extravagant, avant-garde venue, and so perfect for this show. I’ve seen Chet Faker perform at festivals before, I believe Outside Lands in San Francisco, but this was something completely different. This was extraordinary.

The moment we walk in, the spotlights were blaring left and right amidst a completely dark room. The stage was beautiful, set up with a live band and keyboards everywhere. It was about to be a show. Everyone was in their seats but we stood right next to the stage. We wanted to be in on the action. “1998” featuring Banks, is one of our favorite songs, and we were in love.

Nick Murphy on the keyboards.

Random thought: Nick’s beard game is skrong. Towards the end, for his pretend encore (you know how artists always leave and come back), he played the piano and sang acoustic for everyone. There were people around us that knew all the words. Thank you, Nick. You made everyone’s night.