21 Savage On Kylie Jenner: "I'ma Tear That Ass Up" 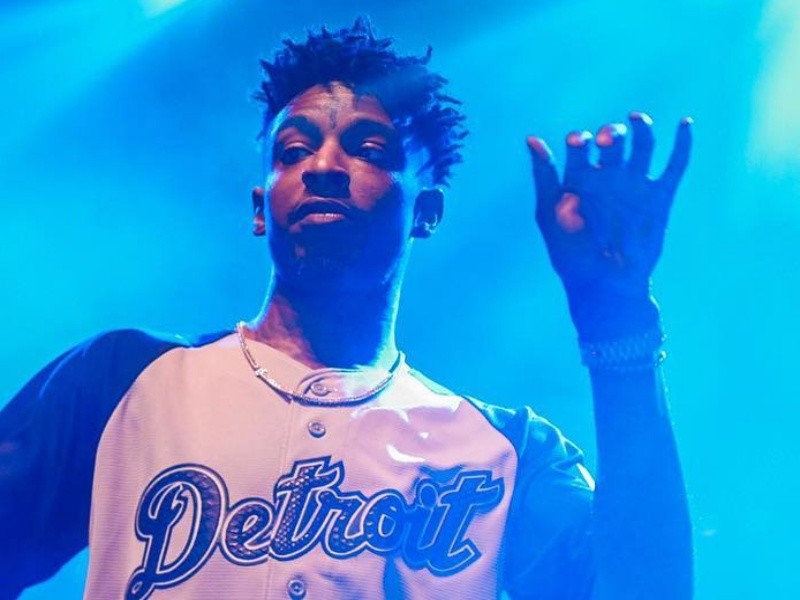 Los Angeles, CA – 21 Savage is definitely not worried about Tyga after he clarified in no uncertain terms how he feels about Kylie Jenner.

When he was recently heading into L.A.’s Ace Of Diamonds club, the 24-year-old ATL rapper was approached by a TMZ reporter who said, “I heard you have a thing for Kylie, bro,” to which Savage emphatically responded, “I’ma tear that ass up.”

When the reporter followed up with “What would Tyga say about that though?” one of Savage’s entourage cursed at him and gave him the finger.

Strangely enough, the reporter didn’t think to ask what Kylie would say about it.

Later in the night as 21 Savage left the club, the same reporter asked 21 Savage “Do you think you could be a better provider to Kylie than Tyga?” to which the rapper responded “I don’t know, but I like that relationship.”

The whole controversy started last week when 21 Savage posted a picture of Kylie to his Twitter account accompanied by more than one love-eye emoji. It turned out that it wasn’t the first time he’d let his feelings about Jenner be known, having previously tweeted “Kylie Jenner gone be mine, she need a real savage.”

? #21Savage got a thing for #KylieJenner ! He must've seen her playing his music on her #SnapChat earlier ? #IssaCrush #Tyga

Kylie is apparently a fan since she was bumping his music on Snapchat, but she’s yet to respond to these latest developments.