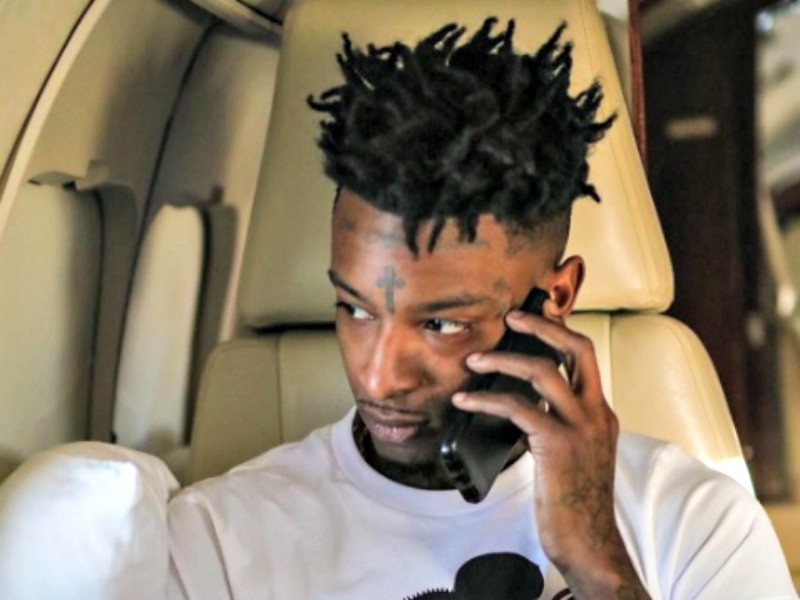 21 Savage appears to be interested in playing the role of homewrecker, this after he openly flirted with the taken Kylie Jenner online recently. Fans of the rising Atlanta rapper have undertaken the task of bombarding Jenner’s boyfriend Tyga’s Instagram pages with a series of disrespectful comments.

The brouhaha began when 21 Savage tweeted a sultry photo of Jenner complete with the heart eye emojis in the wee hours of Tuesday morning. The Shade Room mentioned that it was likely a response to Jenner Snapchatting with his music in the background.

? #21Savage got a thing for #KylieJenner ! He must've seen her playing his music on her #SnapChat earlier ? #IssaCrush #Tyga

The tweet was retweeted over 60,000 times and liked around 100,000 times under 24 hours. Fans of Savage took to Tyga’s Instagram page and continually posted emojis of a knife to signify Savage’s own knife tattoo that he sports on his forehead.

Apparently this isn’t the first time Savage showed his appreciation for Tyga’s woman either.

#21savage been plotting on #kyliejenner

Check out some of the comments on Tyga’s Instagram posts below.